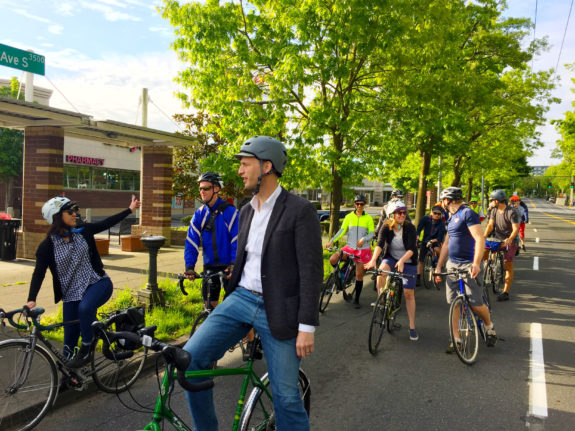 I biked on Rainier Ave from Columbia City to downtown during rush hour this morning, and it was peaceful, easy and fast.

As part of the Bike Everywhere Day celebration, Cascade Bicycle Club and Bike Works partnered to host a group ride to City Hall that travelled down the notoriously stressful and dangerous street. With the company of a group of more than 20 people, we had safety in numbers. But I just couldn’t stop thinking about how many more people in the south end would bike if this street had protected bike lanes.

Because Rainier is very flat and direct. It follows the neighborhood’s namesake valley, cutting a diagonal across the street grid and avoiding nearly all the steep climbs nearby. If the city installed complete and protected bike lanes on Rainier Ave, they would be immediate and enormous successes.

Outside of the downtown basic bike network, no project in Seattle would have as big an impact on bike access as Rainier Ave bike lanes. Hey mayoral and City Council candidates, wink wink. 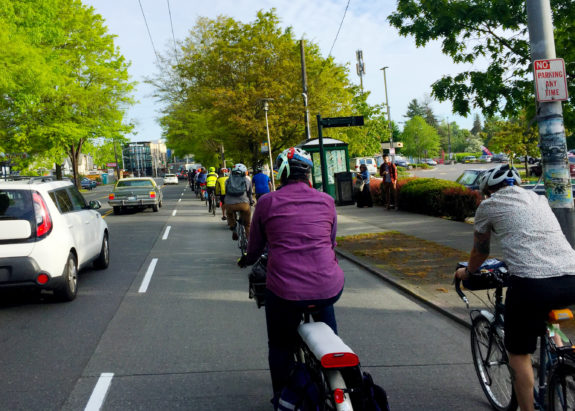 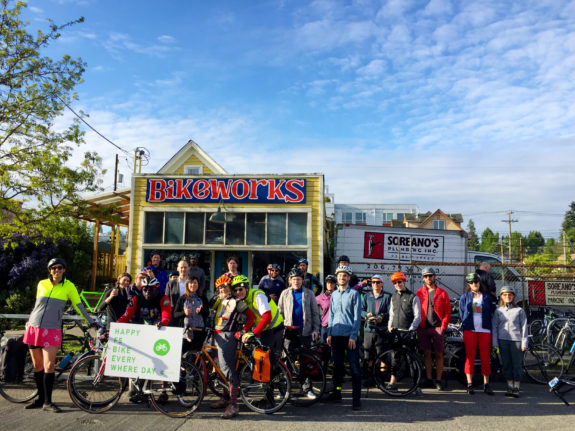 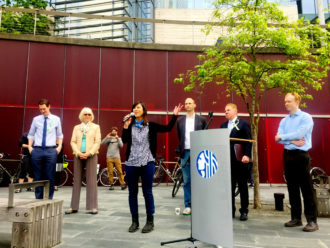 “It’s now time to get moving. It makes me crazy that it takes so long to get things moving around here,” said Councilmember Bagshaw. “Let’s put some pilots on the ground and see what we can do this summer.”

Mayor Murray touted the miles of protected bike lanes installed so far during his time as mayor, and voiced support for the promise of the basic bike network.

Now that he is not running for reelection, perhaps his administration can take bold action that they were hesitant about during a campaign year. Murray already proved with 2nd Ave in 2014 that he and SDOT can get a pilot protected bike lane on the ground in just six months. Let’s do that again with the key missing pieces of the basic bike network, like on 4th Ave, Pike/Pine and a complete connection to the International District and Dearborn.

But, of course, it’s not just Rainier Ave and downtown that need safe bike lanes.

“We also need basic bike networks throughout the city,” said Councilmember Johnson. He was at the neighborhood open house for the city’s NE 65th Street safety project last night.

“The most common thing I heard from my neighbors was build more connections and build them faster,” he said. He urged the crowd at the rally to “keep the pressure on people here at City Hall.”