Below is the official City of Seattle bike map. You can also check out the city’s official online edition.

Other jurisdictions in the region:

For an online map that include A-to-B routing, Google and Apple Maps have bike directions modes. They won’t always give you the best route, but they will usually get you there.

The Strava Heatmap is another useful tool for finding commonly-used bike routes by users of Strava’s GPS tracking feature.

Below is the official 2022 Seattle printed bike map (PDF): 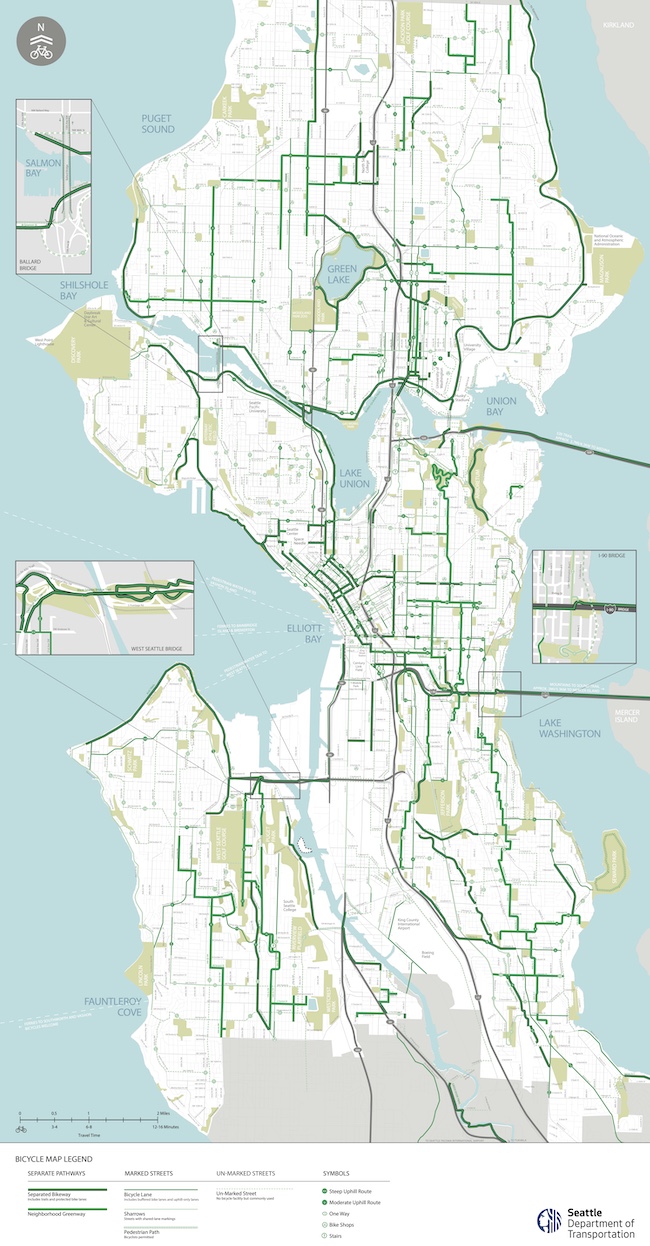 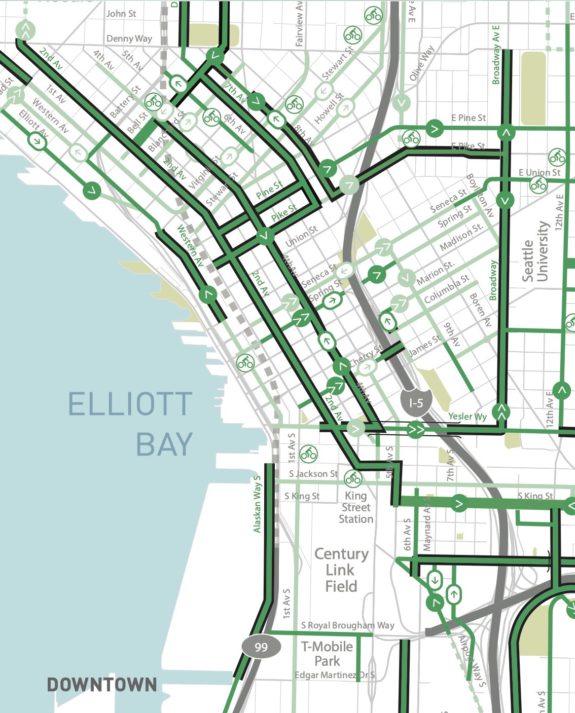