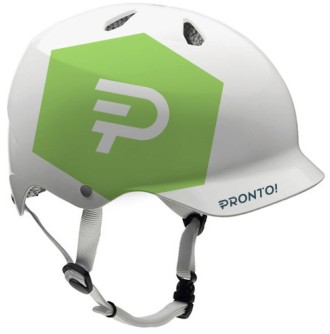 King County has a very rare all-ages helmet law, which will certainly complicate the launch and daily operations of Pronto Cycle Share in September. But fueled by a grant from Seattle Children’s, they are forging ahead with an ambitious and novel plan to make it work using a streamlined and simple helmet checkout and return solution.

More than 40 cities in the United States have bike share systems, but none have an all-ages helmet law like Seattle. Until this year Dallas had a similar helmet law, but they changed it to apply only to those under 18 to make way for, you guessed it, bike share.

We have suggested several times that the county Health Board should change the helmet regulation to ensure the success of bike share here, which is dependent on people making easy and affordable spontaneous trips. The need to always have a helmet with you or to spend money to check out a helmet for every trip could complicate the system enough to significantly lower usage.

The crux of our argument is that bike share systems have proven to increase safety for all bike users in the cities where they are successful, even though system users have a relatively low helmet use rate. From a public health standpoint, the goal of any rule should be to decrease injuries, especially serious head injuries. Bike share absolutely does increase safety, but the data is inconclusive about whether adult helmet laws do the same. 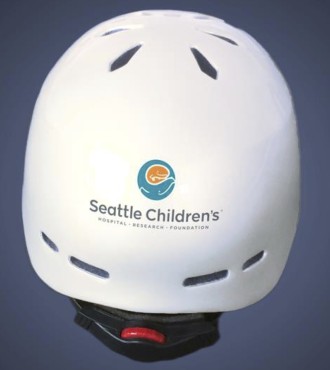 While repealing the law is one option, there are other options. We could change the rule to apply only to those under 18, as Dallas did a few months ago. That way the law remains the same for minors, but adults (and, therefore, most bike share users) can decide for themselves. We also suggested a compromise option for people afraid to repeal it entirely: Make it a secondary offense. That way people who are otherwise biking safely and following traffic laws won’t need to worry about getting a ticket, but people who bike dangerously without a helmet run the risk of a double ticket.

However, there has been little political movement on any of these ideas, and Pronto is forging ahead into the murky waters of trying to launch a successful bike share system in a city with an adult helmet law.

But lest you point to Melbourne’s mostly failed system as evidence that it cannot work, Pronto is going well above and beyond Melbourne’s efforts by installing a helmet vending machine at all 50 stations. Helmet rental is optional. You can bring your own or flout the law and go without, though the system checkout process will make it clear that the law requires a helmet.

The cost to rent a clean helmet will be $1.50 for members or $2 for people with a day-use pass, and you will have to pay the fee each time a helmet is checked out. When users dock the bike at the end of their trip, they will scan their pass or swipe their card again and return the helmet back to the machine. If you don’t return it, congratulations! You are now the proud owner of a Pronto helmet (your card will be charged something in the neighborhood of $15 for the privilege, which is actually a pretty good deal on a helmet if you were in the market).

The returned helmets will then be collected by Pronto staff, who will also be driving around the city to rebalance bikes from full stations to empty ones. These same staff will also restock the helmet machines. The used helmets will be cleaned and inspected for damage before going back into circulation.

I did not get a chance to see the bike share helmets in person, but I did get some concept images (above). They basically look like white Bern helmets with a big P on the side (at launch they will likely look a bit differently due to the need to rush to get the system launched on time).

While this helmet solution has a lot more promise to work (assuming it functions as designed) than efforts in Melbourne, it does make using Pronto slower, more expensive and more of a hassle than systems in other cities.

You can get around the cost by bringing your own helmet, which I’m sure some people will do. But for those who don’t want to carry a helmet with them wherever they go, an extra $1.50 – $2 for every single trip will really add up over the course of a year. A year membership will cost $85 for unlimited 30-minute trips, but two helmet rentals five days a week would cost $780 in a year (obviously, users this heavy should just buy a helmet). But even if you only use bike share once a week, helmet rentals alone could cost $81, nearly as much as the membership itself.

The helmet vending solution will offer benefits over systems in other cities. For example, it will help reach people who want a helmet and would not consider using the system without one. In a city like Seattle where helmet use and promotion is far higher than most major cities in the world, this is especially important.

But it could become a serious problem for the system if most users are expected to rent helmets each time they ride. It’s easy to use the system many times throughout the course of a day, and the helmet rental (or lugging a helmet around) could be an impediment. It also adds cost and maintenance to the system, and the machines take up space in station areas that could have otherwise been used to add more docking spaces.

A UW bike share feasibility study for bike share that in part led to the creation of Pronto made it clear that the system could be at risk for reduced use if a solution is not found:

Unless a way around the helmet law in King County is discovered, the helmet requirement could dramatically reduce the number of bike-share riders by eliminating the spontaneity of bike-share use.

Is the Pronto helmet vending system enough for make the system succeed? We’ll see. The September launch of Pronto will definitely be fascinating to watch.

I’m particularly interested in how the police and our general social norms treat helmet use by system users. After all, a short bike trip to lunch halfway across the neighborhood is not an inherently dangerous activity, and I suspect many people will just forgo the helmet. Will the police make enforcement of the helmet law a priority? Will social norms ignore these helmet-free users, or will people step in to admonish them? Or will people happily don helmets and make the system flourish anyway?

We will know soon enough.