SDOT has released an update to the Bicycle Master Plan Implementation Plan (AKA the “Bike Plan Plan”), the guiding document that distills the 20-year citywide plan down to a list a achievable projects over the next five years.

The total budget for Bike Master Plan projects in 2015 is now expected to reach $19 million, though $6.5 million of that has been carried over from 2014 (and it’s likely some of that $19 million will also be carried over to 2016). The 2015 plan calls for the city to build or start construction on 7.5 miles of protected bike lanes and 12.6 miles of neighborhood greenways. They will also install 225 bike racks and 15 bike corrals.

And, of course, the city is investing $600,000 to expand Pronto into the Central District, Yesler Terrace and International District and $400,000 from a Federal grant to increase low-income access to the bike share system. 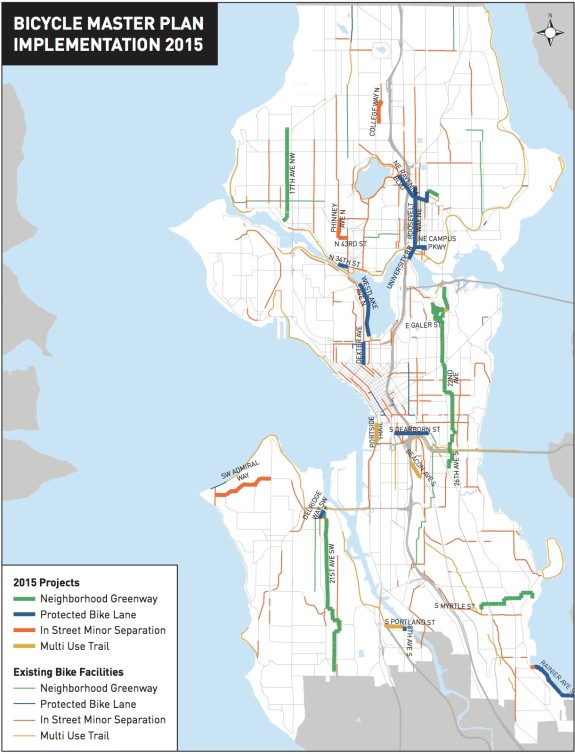 In addition to all these projects, the city will be studying and designing some big projects for construction in 2016. Most notably, 2016 could be the year downtown finally has a usable and connected network to protected bike lanes.

There will also be some exciting projects in the far north end and a big neighborhood greenway through Rainier Valley. And a protected bike lane project on Gilman, Emerson and 20th Ave NW would finally connect the Ship Canal Trail to the Elliott Bay Trail. West Seattle, I guess you get nothing. Sorry. 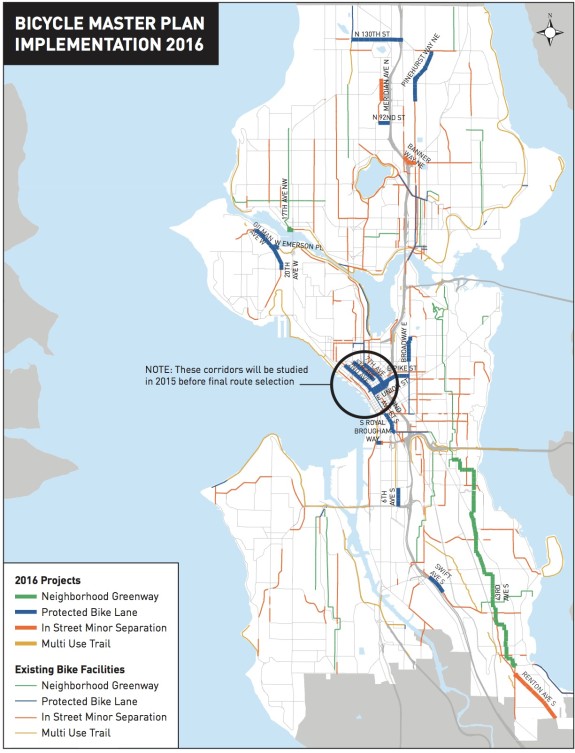 But though this is a five-year plan (PDF), the scope of projects planned slows down significantly after 2015 because so much of the current bike facility funding comes from the Bridging the Gap levy that expires at the end of 2015. If the Move Seattle levy does not win voter approval this fall, the actual budget for bike projects will be obliterated along with major road maintenance and transit efficiency budgets. If the Move Seattle levy is approved, the projected project list will grow.

So consider the 2017, 2018 and 2019 maps as more of a list of the city’s top priority projects, and be ready to help pass Move Seattle in November so we can do even more: 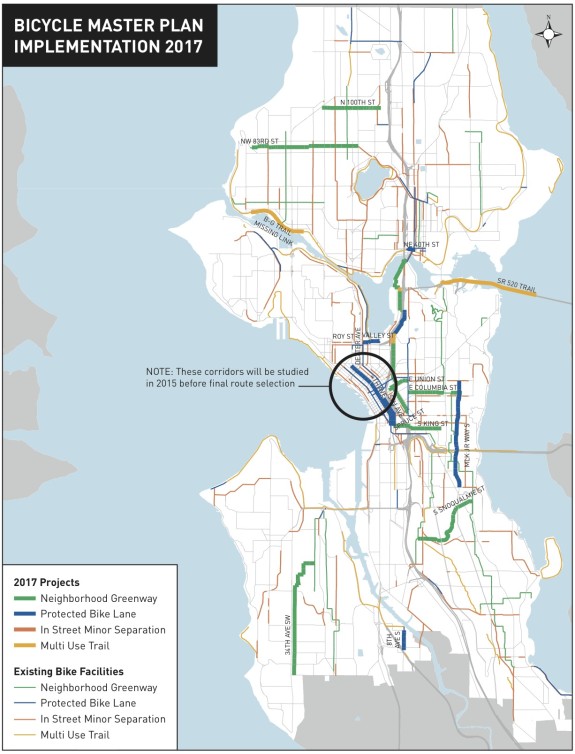 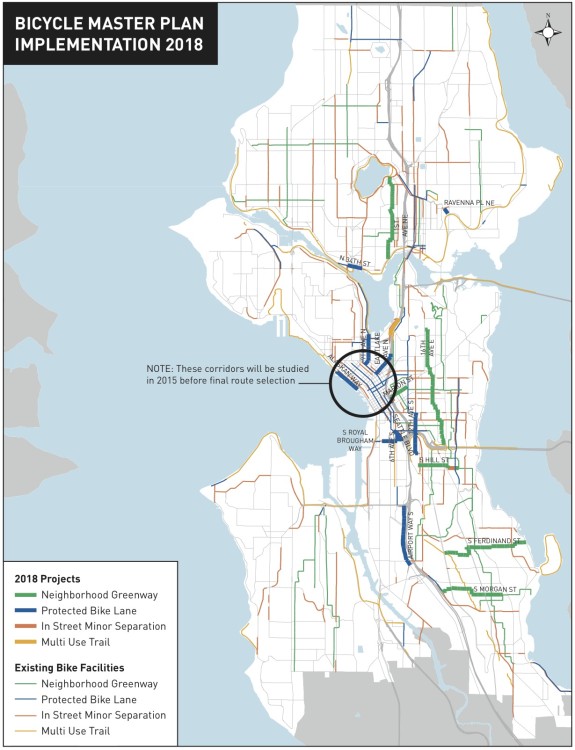 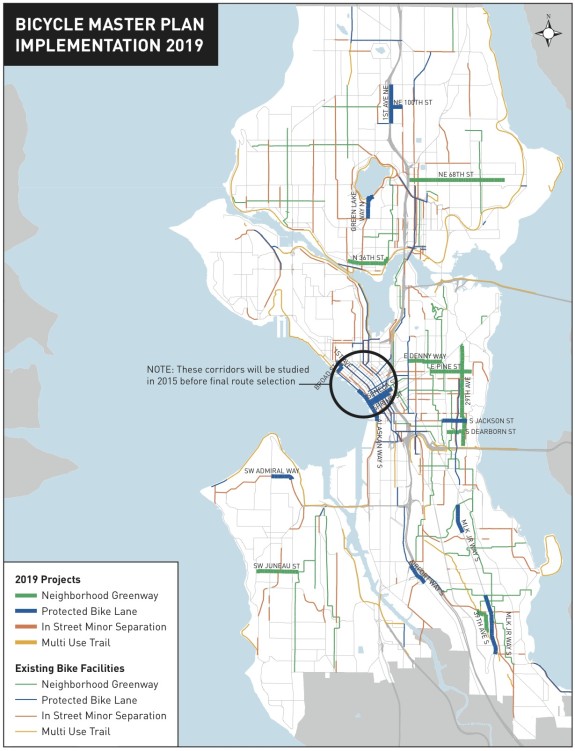 The Bicycle Master Plan calls for SDOT to evaluate the need for a bicycle coordinator position (Action 7.2.1). SDOT is addressing this by hiring Nicole Freedman to lead the Active Transportation Program, including launching the new Summer Parkways Program and working on expanding the bikeshare system.

Nicole most recently served as the Director
of Bicycle Programs for the City of Boston.
The program is part of Mayor Walsh’s vision
for healthy, sustainable communities and neighborhoods. During her tenure, she has helped transform Boston from the worst cycling

city in the country to a recognized leader in cycling. Under her leadership, the city created 92 miles of bike lanes and implemented a successful bikeshare system. Nicole attended MIT before graduating with a degree in Urban Planning
from Stanford University. Prior to working for Boston, Nicole competed professionally in bike racing from 1994-2005, winning two national championships and competing for the United States in the 2000 Olympics in Sydney. Nicole’s first day will be April 22, 2015.

No staffing changes beyond hiring the Active Transportation Program Manager are planned.