Watch: Talking open streets during COVID-19 with Gordon and Clara from SNG

Seattle Neighborhood Greenways has been working with local advocates to develop ideas for open streets as a way to relieve crowding on sidewalks, paths and major parks during the outbreak. We previously reported about some of their ideas, and the organization is still accepting open streets ideas via their online survey.

The city is starting with two streets in the Central District and West Seattle, but has plans to expand the program to include 15 miles “in the coming weeks.” 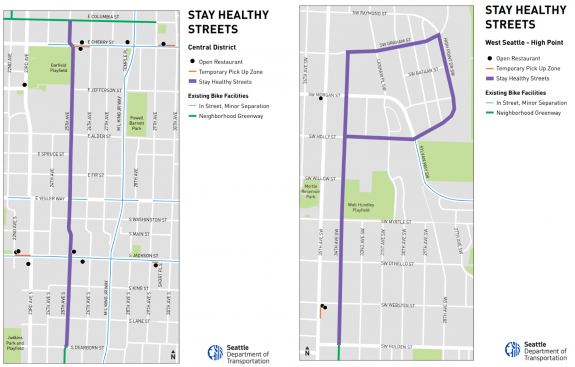