Walk through the Battery Street Tunnel Sunday + What will be its legacy in our city? 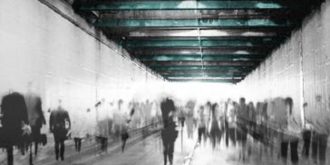 Promo image from the event listing.

The Battery Street Tunnel has been part of Seattle for 65 years, but very few people have ever had the opportunity to walk through it. Well, Sunday morning is your chance.

Walk the Battery is a free public event, part of an ongoing art initiative “b’End Tunnel” by Aaron Asis and Project Belltown that will “celebrate the Battery Street Tunnel in its final years of service,” according to the event listing. You can register online for free to receive more info about the start.

Though participants are encouraged to bike to the start, no bikes will be allowed in the tunnel itself (you’ll have to lock up nearby).

The Battery Street Tunnel is set to be decommissioned when/if the new and much deeper SR 99 highway tunnel replaces the Alaskan Way Viaduct that feeds the Battery Tunnel today. Major work will reconnect much of the street grid between Belltown and the waterfront as well as in South Lake Union. 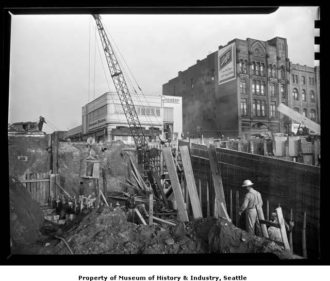 The legacy of the Battery Tunnel is mixed. On one hand, it is not a freeway trench slicing through the city the way I-5 does in Seattle and many other freeways do in so many other American cities. It’s very hard to imagine what Belltown would be like if Battery Street were like the awful I-5 trench separating Capitol Hill from downtown, but that tactic for building urban freeways was very common in the middle of the 20th Century.

Perhaps the Battery Street Tunnel is the perfect case for what we have to gain from lidding I-5.

On the other hand, the Battery Tunnel enabled the Viaduct and the awful freewayization of Aurora Ave, which should really be more like a busy commercial boulevard instead. Though the new SR 99 tunnel could help the waterfront (so long as planners don’t follow through with plans to build a surface highway anyway), the new tunnel will only exacerbate problems along an Aurora Ave that slices through many growing communities.

In that way, perhaps the Battery Street Tunnel’s lasting legacy along Aurora Ave, which will live on thanks to the new tunnel, is also a good case for why removing the downtown stretch of I-5 would be even better than lidding it.

If budgets are the clearest sign of a community’s values, then major pieces of infrastructure have a lot to tell us about our history. Here’s your chance to see up close what the city and state valued in 1952.

More details from the event listing:

Please join our Walk the Battery event as a public invitation for the City of Seattle to walk through the Battery Street Tunnel on Sunday, March 5th beginning at 9:30am, in Belltown.

Walk the Battery is part of the b’End Tunnel public art initiative intended to celebrate the Battery Street Tunnel, in its final years of service. This event, entitled Walk the Battery, will temporarily allow the general public to share a one-of-a-kind walking experience through this ‘auto-only ’public passage – at the threshold of a new downtown waterfront.

“Walk the Battery is opportunity for the public to physically access a unique piece of Seattle’s infrastructural history – past, present and future. We hope this walking event inspires new conversation about the history, legacy and fate of the Battery Street Tunnel”

Please register for confirmation of event location on Bell Street.

Prepare for a total walking distance is approximately 2-3 miles

Children, friends, parents, and lovers are all welcome!!

Photos, press, and other media are all welcome!!.

Please no bikes, skateboards, or roller skates on SR-99.

Registration is FREE of cost to the general public.

(There are NO restrooms or seating areas during the event)

10 Responses to Walk through the Battery Street Tunnel Sunday + What will be its legacy in our city?