Redmond is building a 520 Trail tunnel under NE 40th St, route detoured until 2021 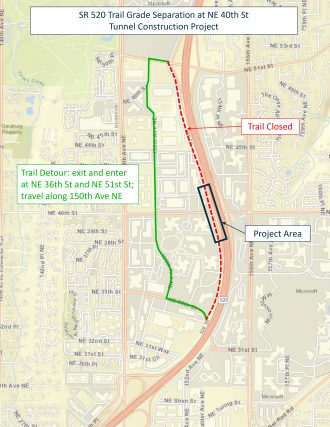 Redmond is constructing an underpass for the 520 Trail at NE 40th Street, so the trail route will be detoured through May 2021.

The closure started this week. Users are directed to side streets near the Microsoft and Nintendo campuses between NE 36th and 51st Streets. Most of the detour route has painted bike lanes.

The tunnel is also across the street from the site of the future Redmond Technology light rail station, so it will allow station users to bypass one crosswalk.

The tunnel will also feature a walls-and-ceiling art project with palm trees and a rainbow. So that’s pretty cool, though I’m sure it will still feel like a tunnel under a busy road next to a freeway. But still, it looks fun. 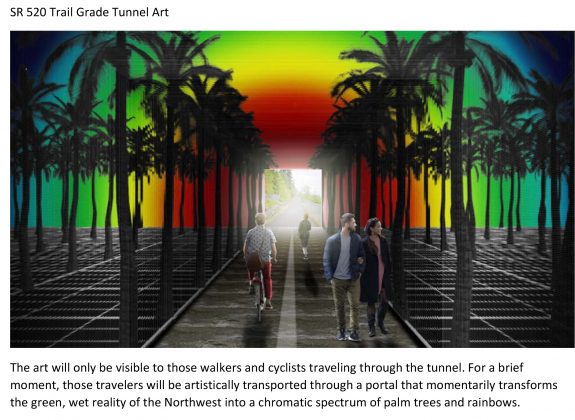 This entry was posted in news and tagged 520 trail, redmond. Bookmark the permalink.

2 Responses to Redmond is building a 520 Trail tunnel under NE 40th St, route detoured until 2021