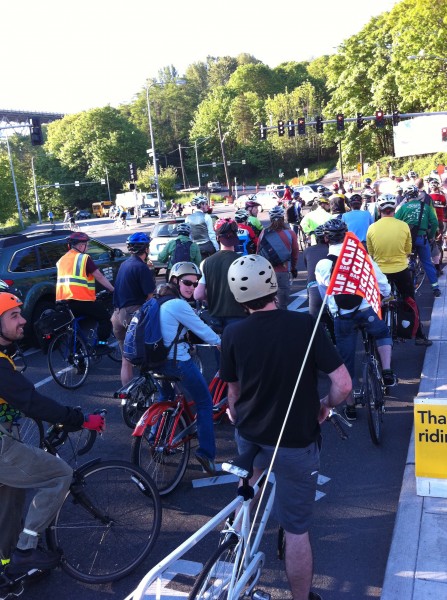 Bike to Work Day 2011 at the Fremont Bridge

Bike to Work Day is one of my favorite holidays. It’s like a one-day glimpse into the near future, assuming we keep up our efforts to grow everyday cycling.

As always, there will be commute stations all over the region with folks giving out coffee or snacks or just plain ol’ encouragement. Ironically, it’s a great day to be unemployed or to go into work late so you can hit up as many stations as you can.

This year’s Bike to Work Day Rally will be at Union Station. But unlike previous years, Cascade Bicycle Club is organizing five group rides starting in different parts of town and arriving at the rally at the same time. It will be sort of like a one-run bike train network.

Here’s where and when to meet up to join a ride, from Cascade: 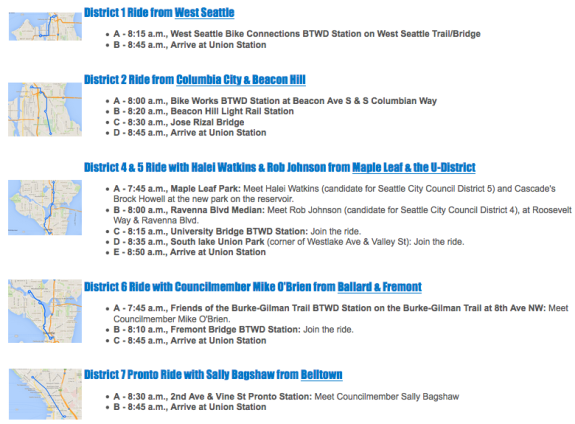 Councilmembers Mike O’Brien and Sally Bagshaw are scheduled to speak at the rally at Union Station starting around 8:45 a.m.

Unlike previous years, there won’t be a big after party in Ballard. But there will be three smaller after parties around the region:

Flier with more details on the Seattle party, from Cascade: 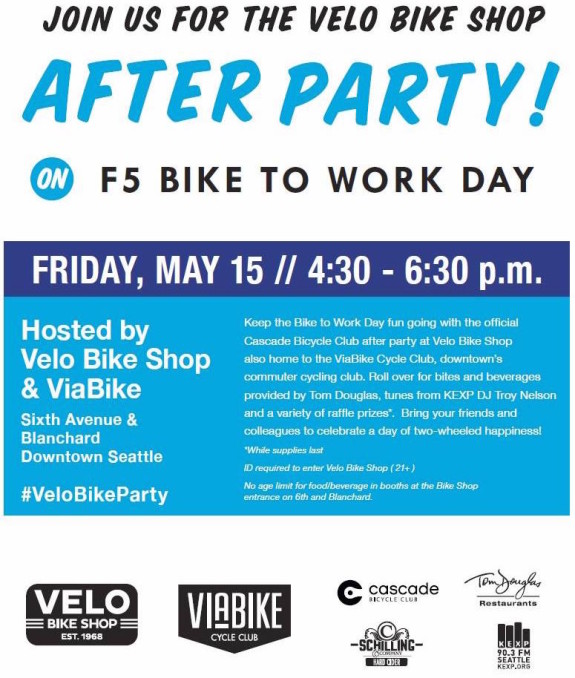 Here’s a map of the commute stations from Cascade:

Founder and Editor of Seattle Bike Blog.
View all posts by Tom Fucoloro →
This entry was posted in news and tagged bike month 2015, bike to work day 2015, cascade bicycle club. Bookmark the permalink.