Happy Bike to Work Day! Remember, there are still a couple after parties if you haven’t gotten your fill of hanging out and talking bikes (as though that were possible!). 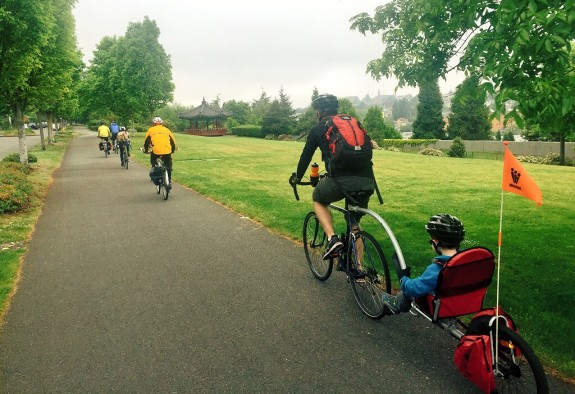 This morning, I caught the Beacon Hill Local Service Bike Train, one of five rides starting around the city and ending up at Union Station for the official rally. Makes me want a Seattle Bike Train network even more. We could do this all the time! 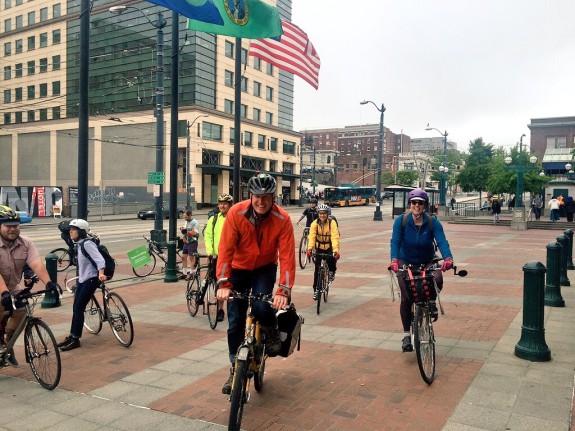 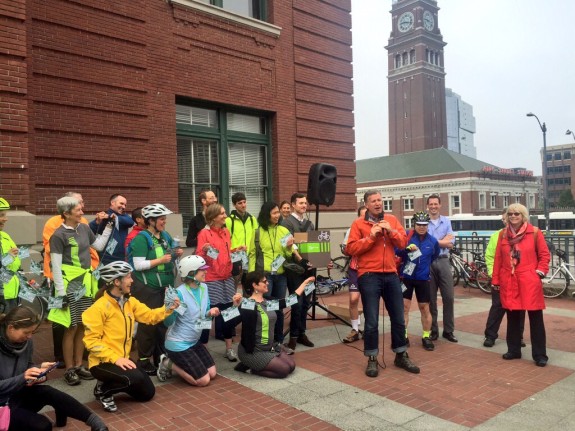 Councilmember Mike O’Brien brought the smiles, as usual. Did you know he was out in a kayak yesterday protesting the Shell oil rig? And now here he is, along with Councilmember Sally Bagshaw, spreading the word about biking and the city’s responsibility to make it safer.

“We do not need to accept any injuries and fatalities,” he said, referring to the city’s Vision Zero plan. “We’re going to stop that right here.” 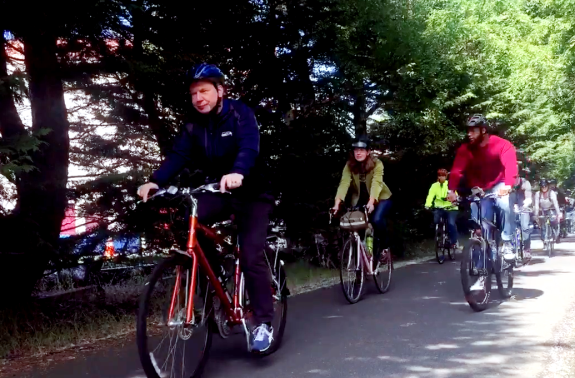 Across town from the rally, Mayor Ed Murray and Seahawks defensive end Michael Bennett went on a bike ride. Bennett scored another set of Seattle Police wheels like he rode around after the NFC Championship game.

But Bennett wasn’t there to talk about football. He wanted to talk about biking and creating healthy opportunities for children. He said he bikes at least twice a week, saying it’s one of the main ways he exercises.

“I come from Texas where biking is not that big,” he said, noting that things are so spread out it’s hard to get around by bike. “Here in Seattle, biking is just so much fun.”

Another reporter pressed him on whether he feels safe biking in Seattle, and he said people need to “respect the integrity” of each other and understand that some people like biking and some people like driving.

“We need to make sure that we live together,” he said, because “biking is part of what makes Seattle great.”

Aside from riding bikes, he also laid down a challenge that every restaurant should at least offer a healthy kids menu option beyond just the standard chicken nuggets or mac & cheese.

The Bennett Foundation launched earlier this month and aims to fight childhood obesity.