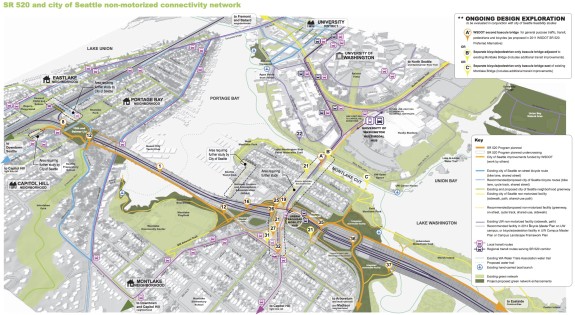 You have to hand it to the SR 520 Bridge design team. Their designs for bike/walk connections in Seattle have come really far since we first saw them. What was once looked like a doomsday neighborhood highway expansion interchange is getting much closer to having complete walking and biking connections.

But it’s not there yet. This post will lay out how people walking and biking will get around under the most recent design concept (see this large PDF) and will include suggestions for further improvements.

WSDOT is currently collecting thoughts on the Seattle design. Definitely complete this online survey by Friday.

This $1.5 billion project will be set in concrete for the next eighty years. It must work for kids walking to Montlake Elementary, elders walking from the Husky Light Rail Station to the Arboretum, or a physician in scrubs biking from the Central District to the UW Medical Center.

WSDOT created this handy video showing a lot of the bike/walk connections: 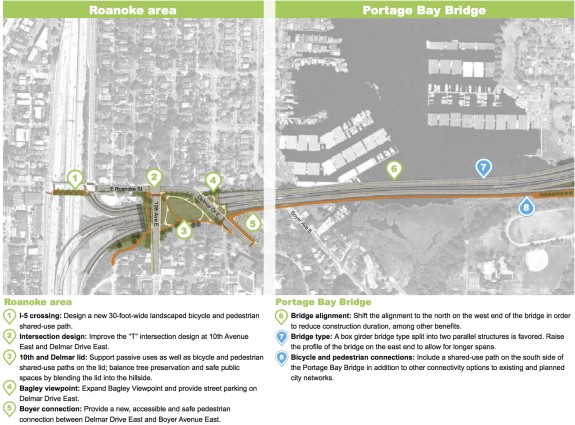 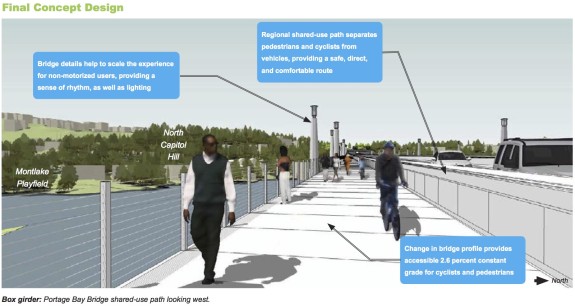 First, let’s start with the easier stuff. The Portage Bay Bridge will, indeed, have a biking and walking trail connecting North Capitol Hill and Eastlake to Montlake and the new 520 Trail to the Eastside. This is gonna be awesome.

The Delmar Lid near Roanoke Park is very close to being great. The proposed design will include links to Federal Ave (a great potential neighborhood greenway up Capitol Hill) and a wide biking and walking path on the Roanoke Street crossing of I-5 connecting to Eastlake and bike routes to downtown. This is a chance to build consistent and complete bike and walk facilities from Interlaken Drive to Tops K-8 School.

A vital connection to Broadway (a residential street and popular bike route north of Roanoke St) would help people biking get to and from the University Bridge. 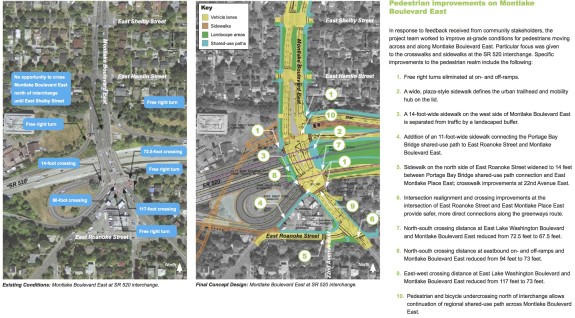 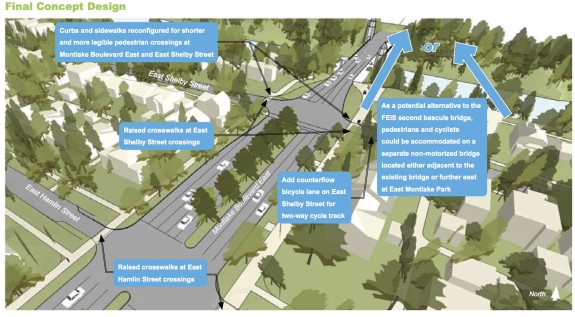 It’s still going to take public support to make sure a bike/walk bridge across the Montlake Cut is included in the final plans. Studies have shown there is no need for a more expensive second bridge with extra general vehicle lanes as previously planned, but there is a huge need for expanded space for people biking and walking. The current sidewalks cannot be widened, but they are too skinny to handle biking and walking volumes. This problem will only get worse when UW Station opens next year.

Plans for Montlake Boulevard itself have gotten better since original plans, but walking and biking crossing distances are still to wide, and freeway ramps need work. The previously mentioned letter put it this way:

[I]t is incumbent upon WSDOT to create the safest possible surface crossings along both sides of Montlake Blvd for people of all ages and abilities. To accomplish this, all on-ramp and off-ramp crossings should be raised to provide speed reduction at crosswalks. Crossing distances should be shortened further by reducing the number of excess on-ramp storage lanes at the junctions with Montlake Blvd. 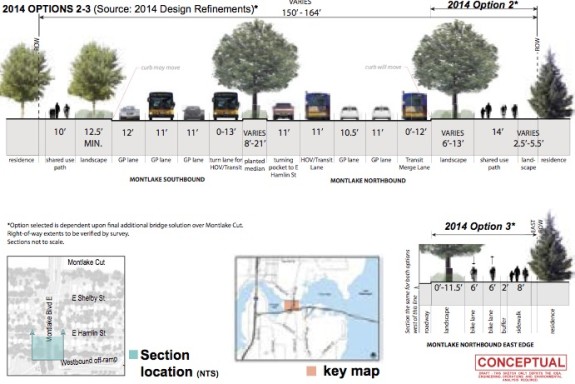 There are still a ton of lanes planned for Montlake Boulevard (nine lanes at its widest) even though Montlake Bridge will still only have four lanes and 24th Ave E will have either four or three lanes. Today’s six-lane Montlake Boulevard already feels way too wide and uncomfortable.

This improved connection is also important because the current connection to the Lake Washington Loop will likely be degraded due to the planned 24th Ave E freeway connections: 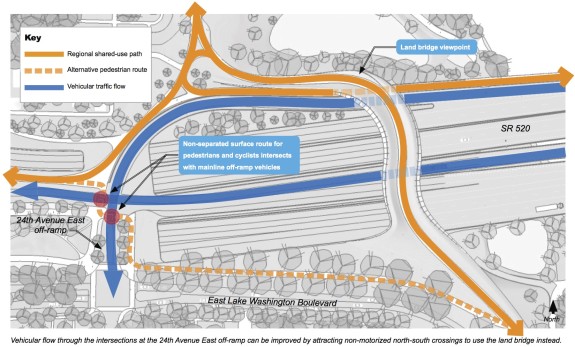 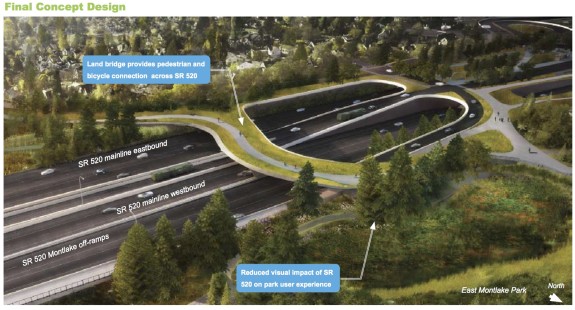 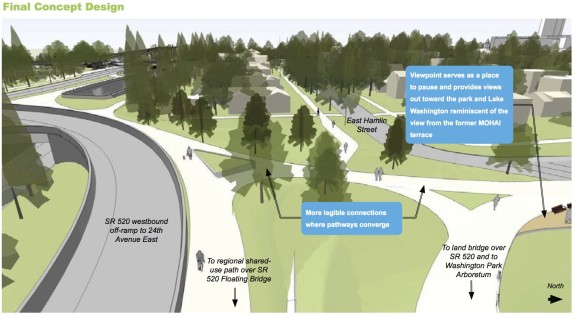 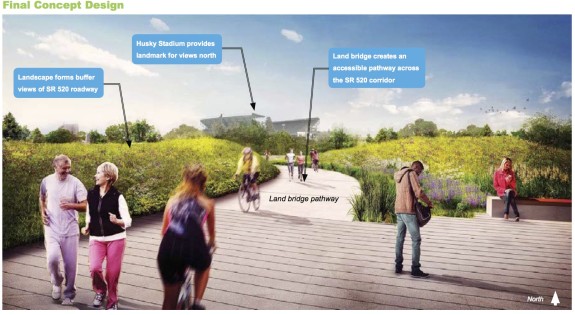 When you put all this together with the new 520 Trail connection on the Eastside and the new bike/walk bridge connecting UW Station to the Burke-Gilman Trail (opening within the next year), this project may just revolutionize biking in the region. That is, of course, if the legislature approves the $1.57 billion or so needed for final design and construction of the Seattle elements of this $4.47 billion highway megaproject.