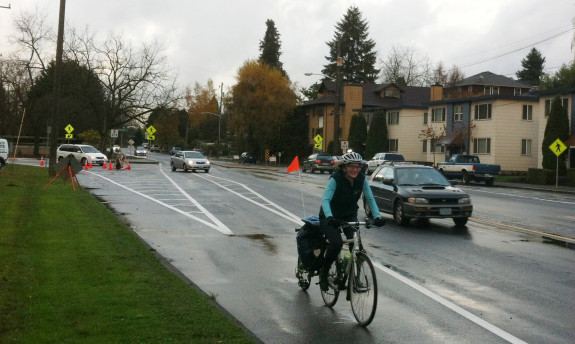 While we here at Seattle Bike Blog spend a lot of time urging the city to invest in protected bike lanes, it’s important to remember that simply redesigning a street using paint can completely revolutionize a street.

The city’s in-process remake of Green Lake Way between N 50th Street and Green Lake is a perfect example of this.

What was until very recently a highway-style barrier separating the neighborhoods from Woodland Park and a six-block high-stress missing link in a key bike route is now much calmer and much more in-scale with the neighborhood.

I swung by at the start of rush hour Thursday to check it out, and was completely blown away by how much safer the street feels. Even though elements near 50th and near the Pitch & Putt are still under construction as of this writing, the project is already a huge success.

A little quick background (see our previous posts for more): Green Lake Way was a short missing link between stretches of road that were previously upgraded to have two general lanes, bike lanes and sometimes a center turn lane. Stone Way to its south was updated in 2007, and follow-up study showed that the project was a huge success by every measure. This project simply extended that project to meet with Green Lake.

Until this month, Green Lake Way looked like this: 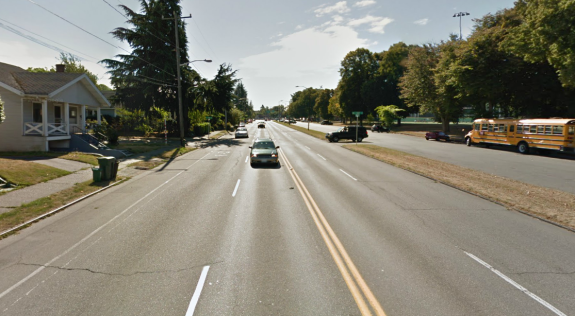 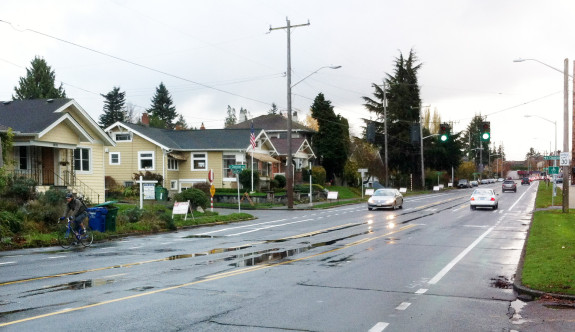 This redesign does not only help people on foot or on bikes. I saw multiple cars safely make left turns in and out of the Woodland Park parking lot (on right in photo above). This maneuver was stressful and dangerous before the changes, but now is as routine as any other turn. After all, a street that is designed for a neighborhood scale works better for everyone, people driving included.

The project was pushed by neighborhood groups — including the Wallingford and Green Lake Community Councils — in large part because the old road made it unsafe to cross the street between Wallingford/Tangletown homes and Woodland Park. In fact, it was so unsafe that the city removed two crosswalks, and the residents wanted them back.

And that’s the larger point of complete streets projects. If you can’t walk or bike along and across a street, then it doesn’t belong in a neighborhood. Green Lake Way, like so many dangerous streets in Seattle, was designed during an era when moving cars quickly was put above all other priorities. We now know that designing city streets through neighborhoods as though they were rural highways is deadly, devastates the ability for residents to walk and bike and leads to far too many car crashes.

Anyway, back to Green Lake Way. Another advantage of the remake is that it corrects some of the strangest and most poorly-designed bits of bike lanes in the city. Remember this bizarre tiny bike lane that stretched about 1/3 of a block just north of 50th?

Now the bike lane there is much more safe and usable: 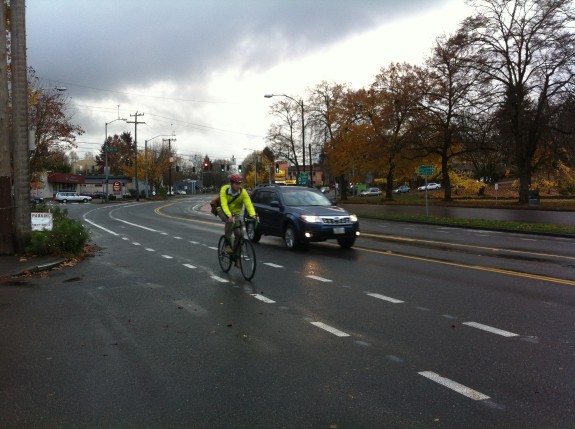 Oh, and that strange green triangle bike sliver southbound at the 50th St stop light? The city is still working on this intersection, but you can see that it is being replaced with an actual bike lane: 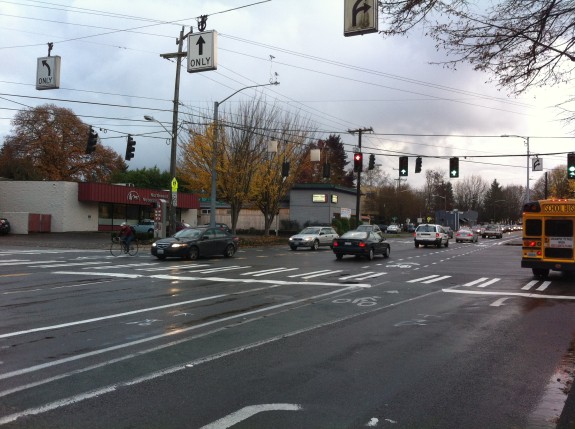 The crazy intersection at 50th will not be completely fixed by this project, unfortunately. To fix it right would require some high-budget remakes. And it still takes forever to cross catty-corner from Woodland Park if you are are on foot. But the city does have plans to close off this dangerous right-turn near Kidd Valley, effectively extending the sidewalk all the way to the intersection: 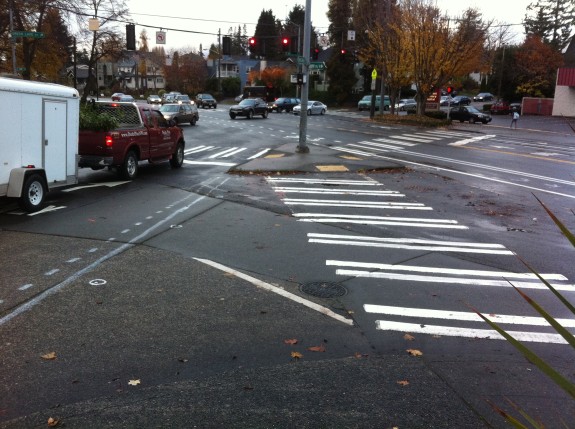 So, there’s still work to be done both to finish this project and also at some point in the future when the city fully invests to fix this frustrating-to-everyone intersection. But for a fairly low-budget project, this redesign has accomplished a lot.