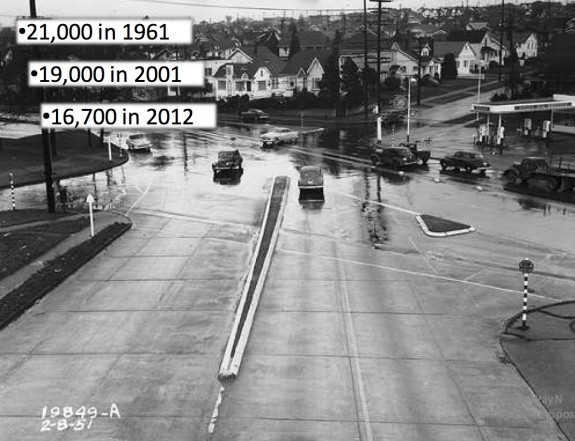 Traffic volumes on Green Lake Way are lower than they have been in half a century.

We wrote a couple weeks ago about plans to redesign Green Lake Way between 50th and the lake.

Below are more details on the city’s plans, from an open house presentation. Beyond just the merits for this project, it also seems like SDOT is getting a lot better at making a clear case for road safety projects in these presentations. For example, here’s a diagram explaining why four-lane streets are dangerous to cross on foot: 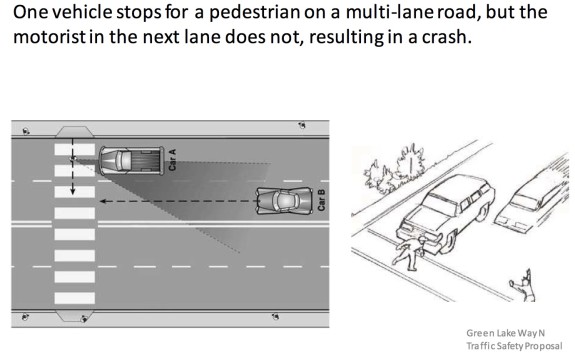 The city actually removed crosswalks from the street because they were not safe (or comfortable) for this reason. So now, as part of this project, the city will be making the road safer and adding the crosswalks back.

SDOT also crunched traffic numbers and determined that, based on the city’s studies on similar streets in the city and extensive traffic counts all around the project area, a reconfigured street with bike lanes and a center turn lane would work much better. That would look like this: 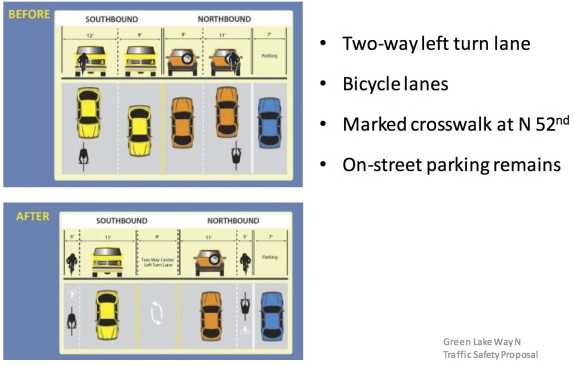 In our previous post, we discussed the crazy intersections near the Pitch & Putt and at 50th. Here are the city’s plans for dealing with those: 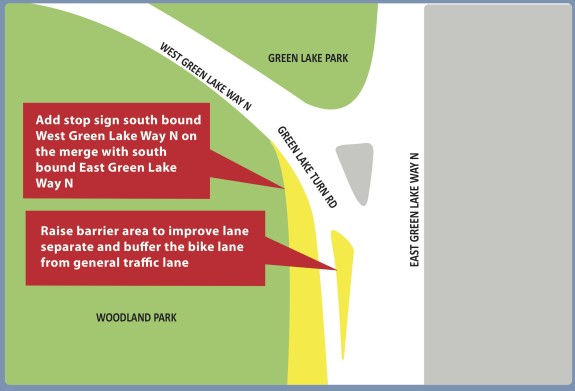 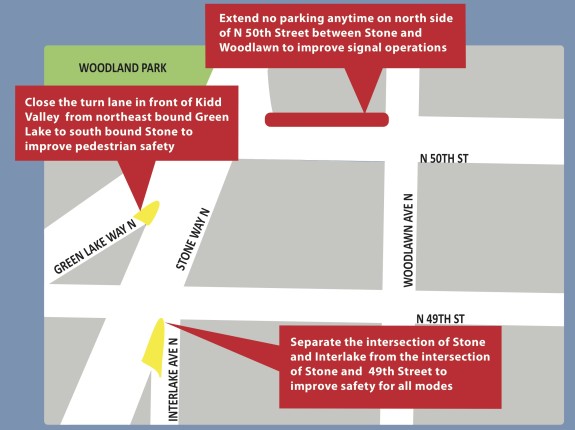 In general, the plans are solid. The northbound bike lane, however, could be a lot better. It’s square in the door zone and will likely not be very comfortable or inviting. The city should try to give it some more space or maybe even some separation. A two-way cycle track wouldn’t really work here unless it were built along the entire Stone Way/Green Lake corridor (a good idea, but obviously beyond the scope of this project), but a little help for the northbound lane would go a long way.

Here are the open house boards: