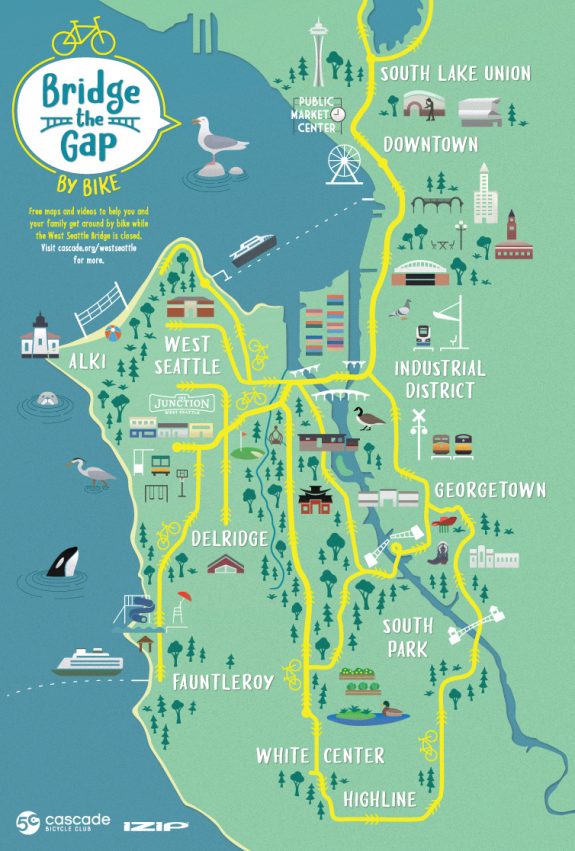 Cascade Bicycle Club and IZIP electric bikes partnered to create a pretty great-looking map of popular bike routes to and through West Seattle to help more people visualize how they can shift more trips to bike.

The illustrated map is cool because it’s a high-level look at the options. But once someone is interested in the details of each route, Cascade has very detailed guides online. For two routes (Junction to downtown and White Center to downtown), they have Ride With GPS maps (which can be used for turn-by-turn directions) and very good video guides. 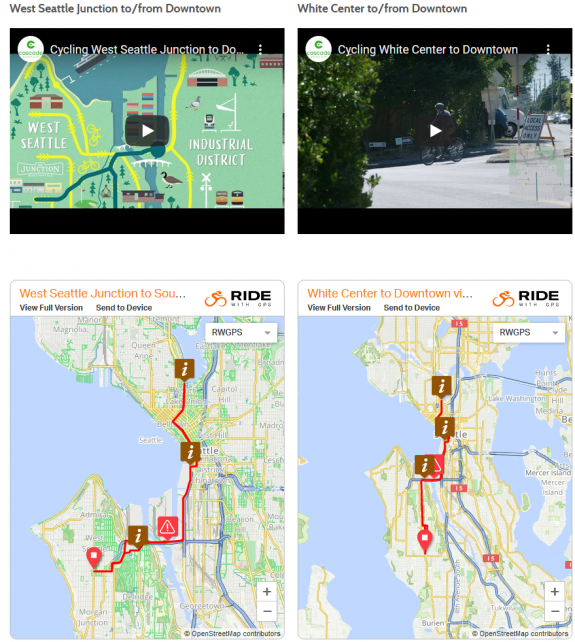 These are the routes that are currently the most popular, though there is a lot the city could do to improve them and to better connect and utilize other bike routes in the area such as the Duwamish Trail. Neighborhood and citywide safe streets advocates recently sent a letter to the city outlining how and why significant investments in bike infrastructure are vital to achieving the mode shift needed to keep West Seattle moving while the bridge is closed.

And, of course, these same investments will also help the city meet its biking and climate change goals, which should be very hard to simply shrug off as we enter week two of very unhealthy wildfire smoke choking our city.