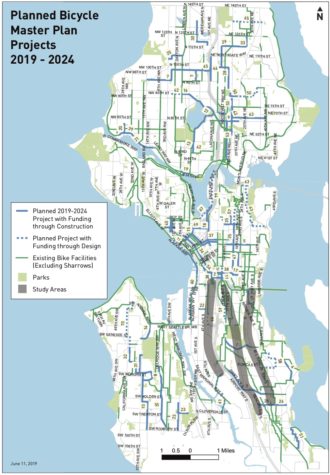 That the plan itself was delayed well over a year is a good symbol for how SDOT and Mayor have been treating bicycle improvements since she took office. But it is here now. And though the contents are sure to be disappointing to people hoping the city would dedicate itself to bold and ambitious action to improve bike safety and access across the city, at least this time the mayor has put her personal stamp on it. No more blaming her predecessors. She is accountable to this plan.

“This Bike Master Plan Implementation Plan reflects our commitment to fight climate change, support a multimodal transportation system that encourages the reduction of single-occupancy vehicles, and supports Seattle’s Vision Zero commitment to eliminate fatal and serious traffic collisions by 2030,” Mayor Durkan and SDOT Director Sam Zimbabwe write in the intro letter. Though considering that this plan makes big cuts to the previous version, I’m not sure this sentence comes off quite as they hoped.

Compared to the draft version of this short term bike plan released earlier in the spring, the final version has some small tweaks but is mostly the same. Some changes are good, some are not so good, and some are maybe good but possibly pointless. Ultimately, the work outlined here gets Seattle nowhere close to building its Bicycle Master Plan on schedule. Instead, the city is moving at half-speed. At its current rate, Seattle won’t reach its 2035 bike facility goal until 2055. Considering the world has only until 2030 to dramatically reduce carbon emissions, 2055 is far too late to complete this little part of the solution.

The updated short-term bike plan, covering work through 2024, cuts about 23 miles of bike facilities that were included in the 2017 short term plan. So the city is not positioned to catch up on its slow bike plan progress.

Now, it might be OK for the city to meet only half its mileage goals if it were choosing the most important miles and doing them really well. But in many cases, especially in South Seattle and 4th Ave downtown, that is not the case, either.

I don’t expect this plan update will slow down Sunday’s Ride for Safe Streets, a rally at City Hall and ride/walk down 4th Ave to protest the recent cuts and call for more city action on safe streets.

There is good some good news in this latest update. The city is committing to building protected bike lanes on the stretch of MLK Way between the I-90 Trail and at least Rainier Ave. It is a significant bike connection that will surely help a lot of people get around, though it is not a replacement for the Rainier Ave bike lanes they cut from the 2017 bike plan.

Another great change is that the south downtown connection between 2nd Ave and the International District is now shown on 5th Ave, which is dramatically less steep than 6th Ave between Jackson and Main Streets. On paper, this looks like only a one-block change, but that one block is the difference between people using it or ignoring it. This connection is also listed for completion this year, a goal I hope SDOT pursues aggressively both because of its general importance but also because Sound Transit construction early next year could require people with bikes to exit trains downtown before reaching Pioneer Square Station. So having this south end connection in place when that work begins would provide people with a safe and intuitive way to bike around the construction (stay tuned for more details on this project).

And, of course, it’s good news that there have not been more major cuts. The Missing Link and Eastlake Ave, for example, are included. Mayor Durkan and SDOT are saying that they are committed to these projects, which is great news. Though after 35th Ave NE, I don’t imagine anyone will relax until they are finished.

The worst update is that the already-delayed 4th Ave bike lane downtown is now being proposed as a one-way bike lane northbound. Because the downtown core’s east-west streets are so steep, there is an enormous need for a southbound bike lane that serves uphill destinations like the Central Branch Library and City Hall. People need to go to and from these destinations. Trips are rarely one-way. Climbing Spring St from 2nd Ave to the library’s 4th Ave entrance, for example, is extremely difficult. These blocks are so steep that SDOT’s Madison RapidRide team is having trouble finding buses that can climb them. This is certainly not feasible for people of all ages and abilities.

A 4th Ave that mirrors 2nd Ave (bus lane on the right, two-way bike lane on the left) makes much more sense and is more intuitive for all road users. And pairing the southbound lane with the northbound bike lane is easily the most cost-effective way to build that southbound connection. A 5th Ave bike lane, the only other real option, would be expensive and likely politically difficult. 5th Ave is not included in the latest plan, and Mayor Durkan is clearly uninterested in adding to the project list at this point.

Building bike lanes downtown is hard work and, like any construction work, can be disruptive. So the city should do this right the first time rather than building an insufficient one-way bike lane that will need to be updated later. SDOT should also learn from their earlier downtown projects and partner with other teams within the department to share the costs. For example, some of the signal work funds could come from the signals program rather than the bike program since the signal upgrades are improvements for all road users, not just people on bikes. Spot paving needs could come from the paving budget, because of course it should. Basically, if this vital project were a true priority for the mayor and SDOT leaders, they could make it happen and do it right even within existing budgets.

Another terrible change is that completing the waterfront bikeway has also fallen off the plan. This was a change from the 2017 plan that I missed when SDOT released the 2019 draft. The big Waterfront Seattle project to rebuild Alaskan Way includes a two-way protected bike lane from the Alaskan Way Trail in Pioneer Square to Virginia Street, just 0.6 miles from reaching the Elliott Bay Trail through Myrtle Edwards Park. The 2017 bike plan included this project with an expected completion date in 2020. The latest version no longer has an expected completion date, instead listing it as “start planning phase.” Are the city and state really going to build a waterfront bike path that is missing a half mile right in the middle of it? Billions of public dollars are being spent digging a tunnel for cars, removing the Viaduct (for cars) and recreating a waterfront (also mostly for cars), but Seattle can’t possibly find a way in the next half decade to connect the waterfront bike path a measly half mile? What a joke.

In response to clear direction from essentially every bike advocacy group and the Bicycle Advisory Board, the city did add some major south end routes to the plan. Beacon Ave, eastern Sodo and MLK Way are shown with fuzzy gray highlights around them. But these projects are only scheduled to “start plan phase.” There is no commitment to build these projects or even to fully design them. The idea is that if the city can find more funding or win a grant, these projects could happen.

I suppose this is something, but it in no way makes up for the awful lack of quality projects in the southend. With half a decade to do it, Seattle still isn’t sure it can connect South Seattle neighborhoods to the rest of the city’s bike network. That’s unacceptable and, frankly, embarrassing. South Seattle deserves action, not more “maybes.”

This following map, included in SDOT’s presentation to the City Council (PDF), shows the planned bike facilities on top of a map of Seattle neighborhoods differentiated by “disadvantage” as determined by the city’s Racial and Social Equity Composite Index. Knowing that most the red areas have already been underserved by the city’s bike efforts, this map makes it clear that the scope of work planned will not correct the wrongs of the past. Equitable bike planning wouldn’t just spread out bike lanes evenly across the city, it would focus investments in places previously neglected. This plan does not do this. 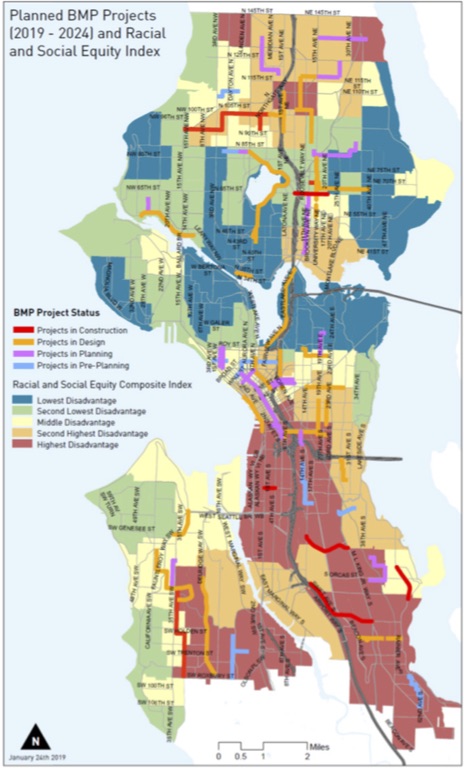 I’m glad Mayor Durkan is putting her name on this. Even though it’s terribly incomplete, at least she’s finally putting herself on the hook to achieve the many good things still in it.

Seattle is currently in the midst of a huge biking boom. The numbers measured by our city’s bike counters are incredible. Five of the top ten days ever recorded on the Fremont Bridge have happened in 2019, and it’s only June:

It’s easy to get wrapped up in the bike facilities and forget that transportation culture is so much more than paint on the ground. And it takes a lot more than a handful of project delays and cuts by the mayor to slow it down. Part of the frustration is that success is staring Mayor Durkan in the face, but she’s waving it away. It took a long time and a ton of work to get here. Don’t stop now that it’s catching on.

But despite all the cuts, good projects are still moving forward. Things are getting better, just not at the rate we voted for, hoped for or need if we are going to meet our goals. Seattle has the money, and Seattle has the plans (and the plan plans and the plan plan’s planning plans…). We have so much potential to make a major shift in how people get around, and it feels like the mayor is squandering this opportunity.

If people in the Mayor’s Office are confused why people are still so mad, that’s why. We don’t need a mayor who will do the bare minimum possible with our voter-approved levy dollars. We need a mayor willing to step into the unknown and take our city where other U.S. cities haven’t gone yet. Someone willing to take risks and challenge car dominance when it gets in the way of our safety, mobility and climate goals. And we have never seen this from her.

But it’s not too late for her to change. She’s not even halfway into her term. She took advice from the wrong people on 35th, and it has proven to be a disaster. It’s time to start listening to someone else. If she wants to champion bold ideas, there are a lot of people out here ready to cheer her on. But she’s gotta make that move, and this latest plan ain’t it. 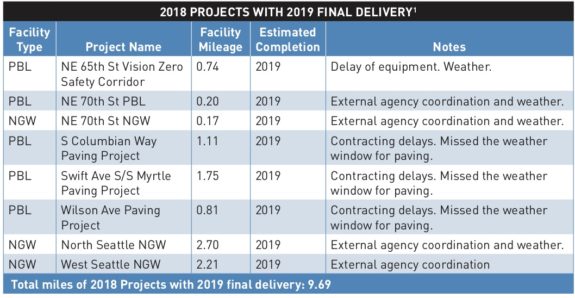 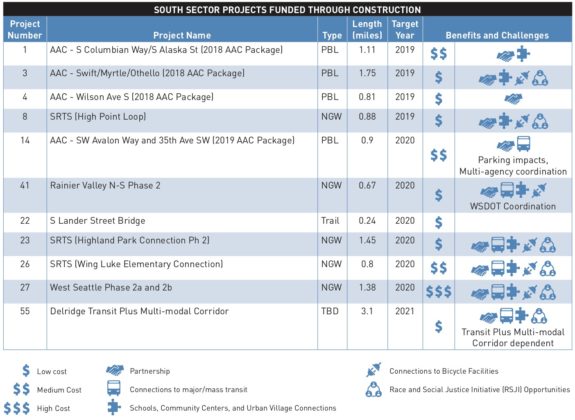 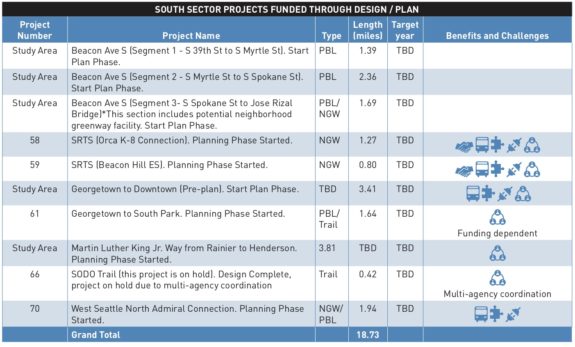 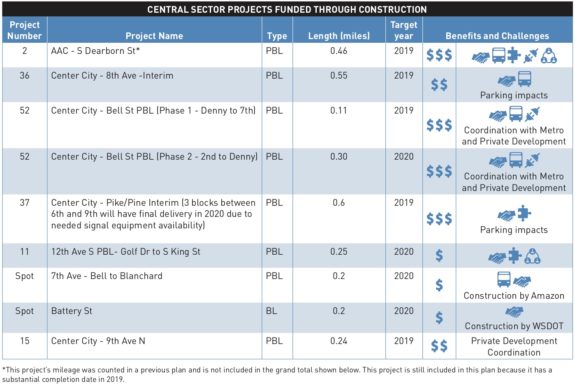 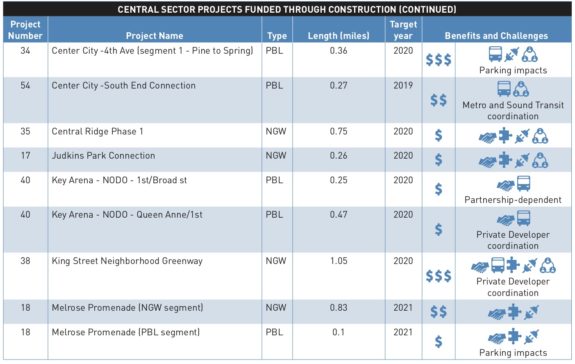 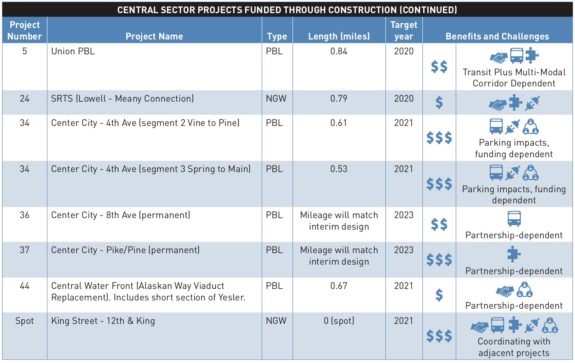 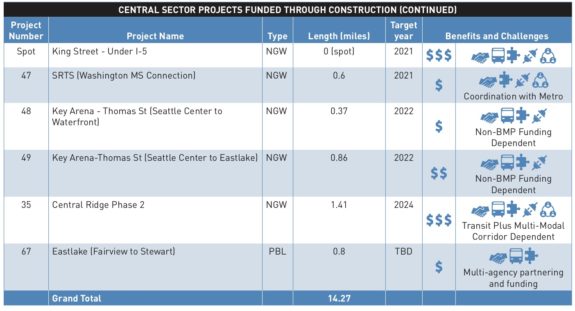 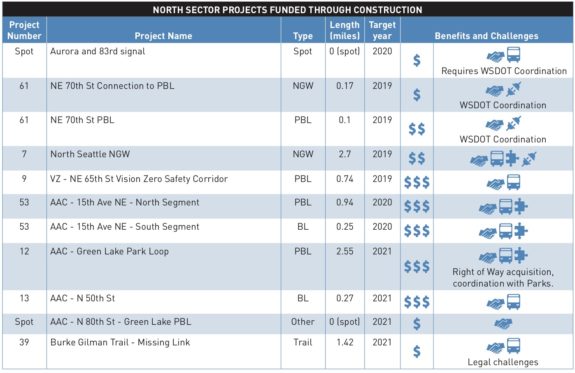 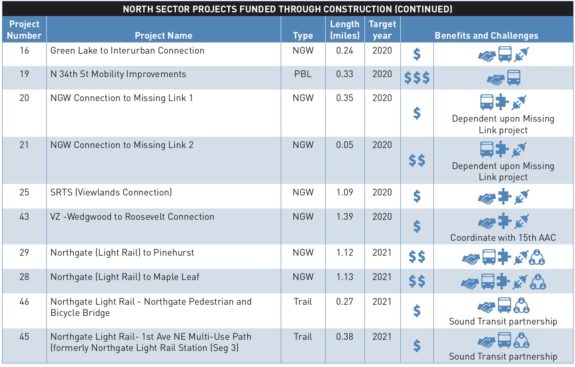 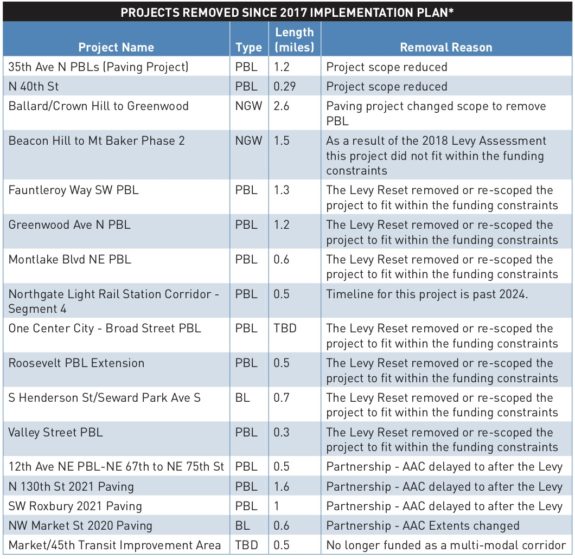 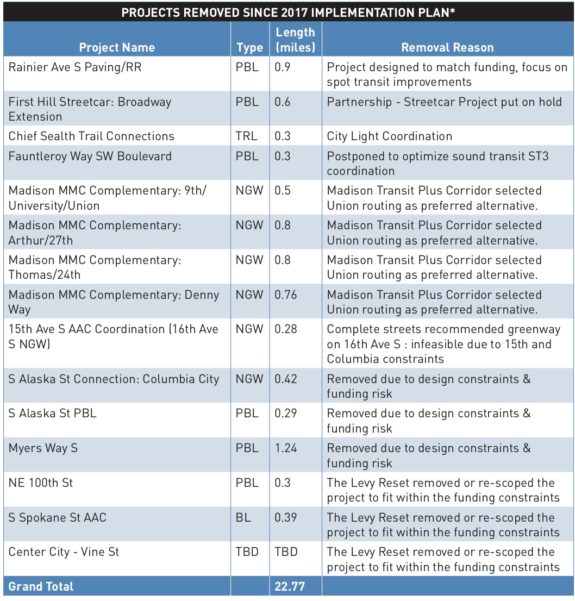