Nicole Freedman headed back to Massachusetts as Newton Transpo Director 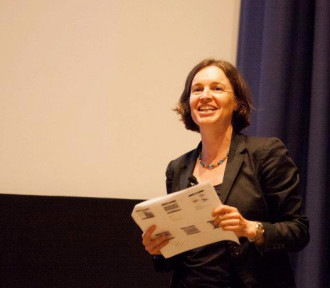 Nicole Freedman has stepped down as Seattle’s Active Transportation Chief after a year and a half on the job.

She’s moving back to Massachusetts and serve as the Transportation Director for the City of Newton, just west of Boston where she served for years as the city’s bike czar.

“I am in awe of the SDOT’s drive towards its progressive transportation vision, and of the tireless work from so many staff, advocates, consultants and individuals to help make this vision a reality,” she wrote in a farewell email.

Her last day was September 2.

“We appreciate her contributions to the city and will begin the process of filling her position,” SDOT spokesperson Norm Mah said.

Freedman’s tenure was short, but packed. She hit the ground running, arriving in the spring and being put in charge of the city’s new Summer Parkways program. She also served as the SDOT staff liaison to the Seattle Bicycle Advisory Board.

And though she did not oversee the development or launch of Pronto Cycle Share, she was heavily involved in the development of the city’s bike share expansion efforts. She was also at the center of the controversial city buyout of the system early this year.