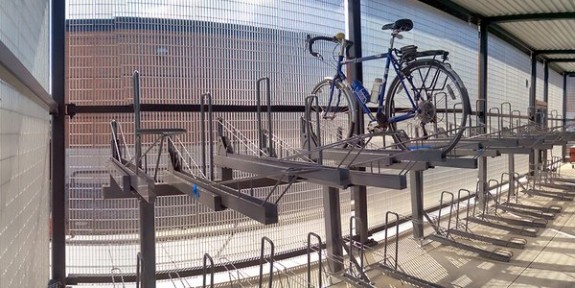 If you live or work within an easy bike ride of Beacon Hill Station, you no longer need to lock your beloved ride outside all day or night exposed to theft, vandalism and weather.

Sound Transit has opened a new secure bike cage at the station, and it costs $50/year to get a spot. That’s 20¢ per work day. And unlike expensive park-and-ride lots, bike cages can pack a ton of bikes into a relatively small space.

The catch is that you have to print out, complete and physically mail this application (PDF). I know! Who has a printer anymore? Or stamps?

The most obvious use for the cage is for people who live on Beacon Hill to access the station easier and faster. More than half the neighborhood is within a 10-minute bike ride of the station: 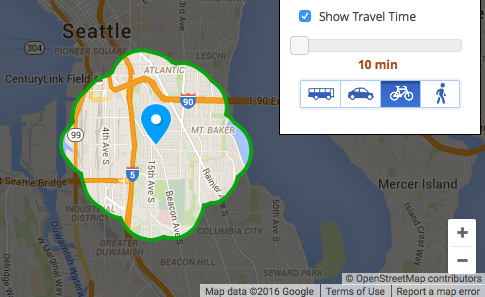 But the cage can also be useful for people around the region who work within an easy bike ride of Beacon Hill Station (like, say, the VA Hospital). Rather than bringing your bike on a crowded train, workers could leave their bikes overnight in the cage and hop on the train bike-free.

The cage opens as bike access to light rail skyrockets due to the opening of Capitol Hill and UW Stations. Secure bike parking is one way to limit the number of people bringing bikes on light rail trains. A couple people with bikes is not a big deal, but it doesn’t scale well. Sound Transit’s rules only allow four bikes per car, and bigger cargo and family bikes are not allowed (news that got some pushback from biking families).

There’s still a lot of work to do improving bike parking at light rail stations, but this is a promising improvement. UW Station is ripe for a more ambitious bike parking situation, though it would need a much larger cage than the one on Beacon Hill.

The biggest issue I see with the bike cage is the mail-in application, which makes it more difficult to access (especially if you don’t read English, common in such an international neighborhood). Creating an easy-to-use, obvious and secure way to help people access the cage is vital. Imagine if you could use your ORCA Card, for example (and imagine if ORCA Lift users got a discount). There are only so many people who are going to go through the trouble of mailing in an application.

Though I suppose that’s a bit of a catch-22: Make it convenient enough to use, and you’ll run out of bike spaces. But that would be a good problem to have.