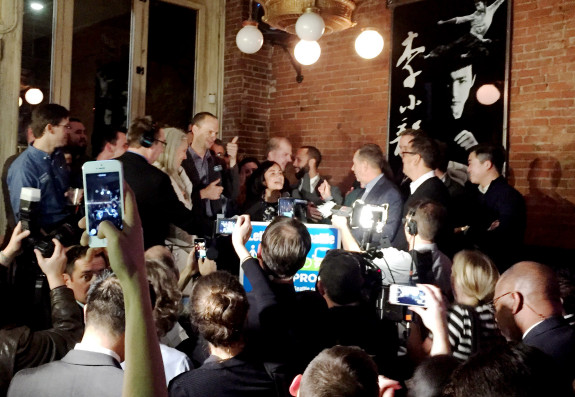 Urban cycling’s long existential crisis in Seattle is over. Bike lanes and safe streets are a core piece of our city and our politics. Putting walking, biking and transit first is mainstream policy now, and we have serious funding to back it up.

This is a landmark moment in a social movement to redefine streets as places focused on moving all people and goods rather than just being pipes for cars. Perhaps no other movement tracked so perfectly with the election results, as the Seattle Times noted.

For biking specifically, the cultural shift happened thanks to thousands of people all over our city (and many who have passed or moved away) working for years to make it happen: People biking on streets where nobody else dared go, people volunteering to teach bike repair in neighborhoods without bike shops, people organizing bike-to-school trains and inviting all their neighbors to join. No single organization, political leader or journalist can claim responsibility.

As of Wednesday evening’s count, the YES vote on the nine-year, $930 million Move Seattle levy has a 15-point lead. That’s for a bold measure that goes all-in on safe, vibrant and multimodal streets — a significant risk taken by city leaders in the Mayor’s Office, SDOT and the Council. It’s not just a ballot win, it’s a mandate.

Depending how you count it, at least $400 million will go specifically to safe streets projects (see the spending plan PDF). That number does not include the city’s general transportation budget or state and federal grants the city can now leverage. And much of the rest of the funding (for paving, signal timing, bridge repairs, freight corridors, transit efficiency, etc) will likely include safety elements, as well.

There is almost no money for new or wider roads, investments that often get huge percentages of transportation packages despite evidence that they don’t actually help relieve congestion (see also: Mercer Street). The levy plan acknowledges that Seattle’s only real option for moving more people and goods is to maintain the streets we have and invest heavily in more and faster transit, connected high quality bike routes and doing what we can to make walking easy and safe for everyone everywhere.

Seattle now has the responsibility to be a leader nationwide. Because as we have written before, our city is in the best position to reach Vision Zero among major cities in the US. The end is in sight (at least for fatalities), and we just funded the cure: 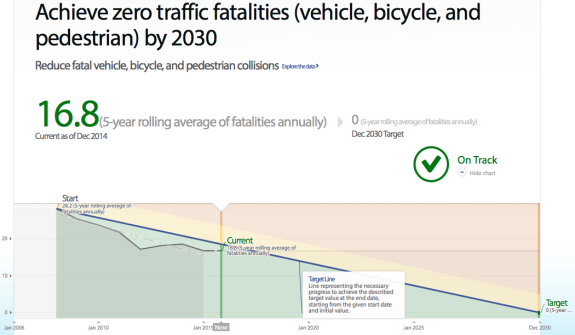 None of this means the job is over. Making sure city leaders invest these new funds boldly is going to be hard and ongoing work. Many projects will still take a lot of political will. And, of course, there are all those communities outside the Seattle city limits.

But the job of bike advocacy has just broken wide open. Funding has been the one piece the movement has never fully achieved, so that has been the focus of advocacy work for years. So what now?

I asked longtime Seattle bike advocate and co-owner of G&O Family Cyclery Davey Oil this question, and he had this simple and spot-on answer: “We have to double down on building a just and equitable and safe society.”

Because now that biking is mainstream (many of the endorsed City Council candidates also received money from the Chamber of Commerce), the challenge is to stay on the forefront of what biking and safe streets can mean for everyone. Physical infrastructure is just one part of a city that values all people regardless of how they got there.

And that means building a wider coalition, giving space for more voices to take the mic and lead.

It means increasing the safe streets presence in neighborhood and business groups in all corners of the city.

It means working on bicycle access for everyone so bike improvements aren’t just for the already privileged.

It means demanding affordable housing near our quality bike routes as much as it means building bike routes in low-income neighborhoods.

And it means a lot of great ideas we haven’t even heard yet.

This is the biggest ever electoral victory for biking in Seattle. It’s hard to overstate what this means for our city’s future. The people of Seattle were at a pivotal moment: There was a strong push to second guess our transit, biking and walking vision for the city.

Instead, we’re all in. Now the really fun part begins: Making it real.