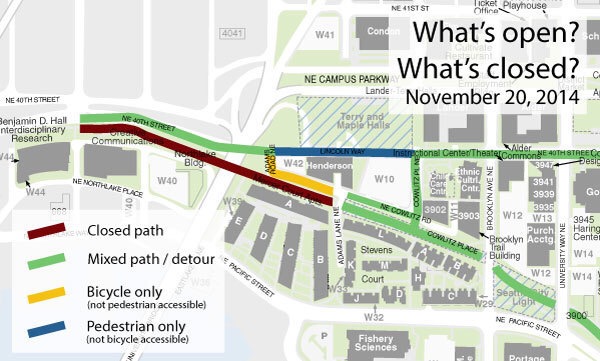 The detour is not hugely out of the way thanks to the existing two-way bike lane on NE 40th Street (that’s the southeast of the four Northeast 40ths, for those following along at home). But it does mean that you should be prepared for a lot of merging as people try to transition through the odd series of paths and ramps connecting the trail to the intersection.

Seriously, who designed this? It’s amazing it works as well as it does. 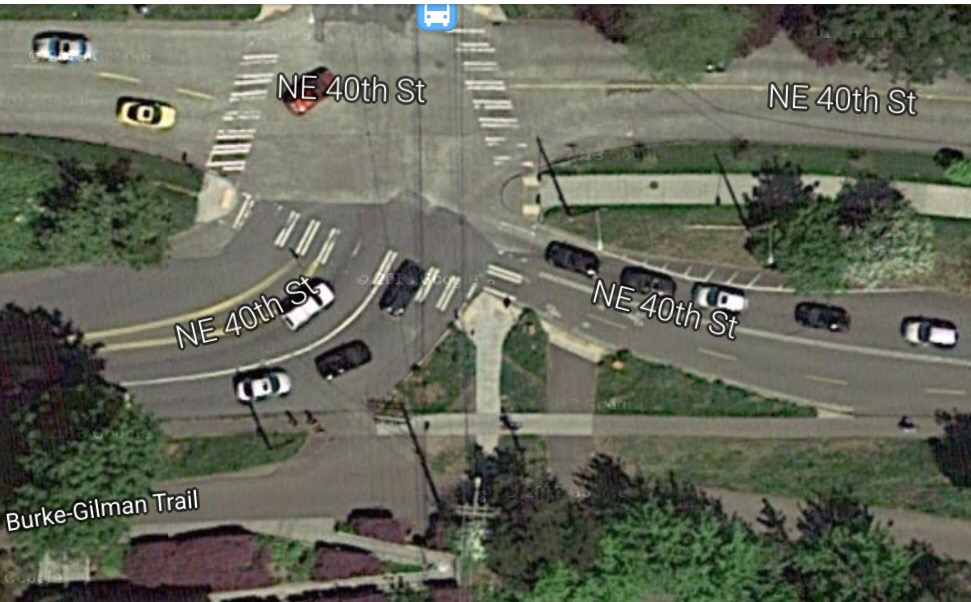 Anyway, here are more details on the project and what you can expect from the detour, from UW:

Seattle City Light is continuing westward with its construction work on the trail and is now working on the section between I-5 and Adams Lane NE, closing access to the trail from either end.

Detour route: At Adams Lane NE, bicycle travel is detoured around the SCL work along NE Cowlitz Road in back (south) of Henderson Hall and then links up with the NE 40th Street bikeway. Return travel from NE 40th Street uses the same routing. Pedestrians wishing to follow the trail’s route may use the Lincoln Way sidewalk on the north side of Henderson Hall to connect with the sidewalk along NE 40th Street. An alternate pedestrian route along NE Pacific Street and NE Northlake Way is also available if you don’t intend to stay close to the trail.

This week, sections of the Burke-Gilman Trail between 15th Ave NE and Adams Lane NE were opened to east-west travel.