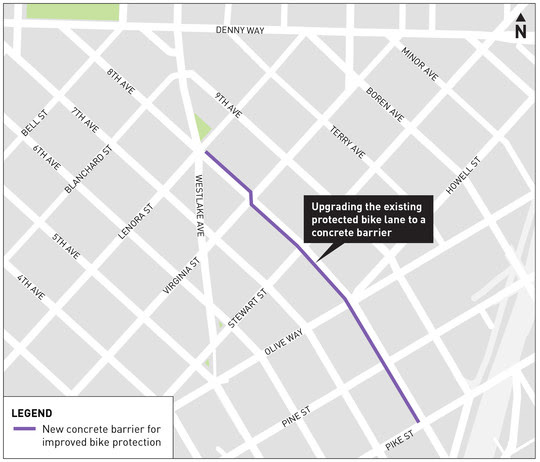 SDOT will upgrade the 8th Ave bike lane between Pike Street to Westlake Avenue to replace the paint and plastic posts with concrete barriers.

Work will start in early January and continue for up to 3 months.

The project was funded thanks to a community-led effort to secure a variety of street improvements from the Washington State Convention Center expansion project. Because the center’s expansion required a lot of pubic space, including alleys and defunct bus tunnel infrastructure, the project was required to compensate the public for those losses. The Community Package Coalition, which included Seattle Neighborhood Greenways, helped put together an $83 million collection of investments that included the 8th Ave bike lanes as well as Pike/Pine bike lanes, a Lid I-5 study and $29 million in affordable housing. 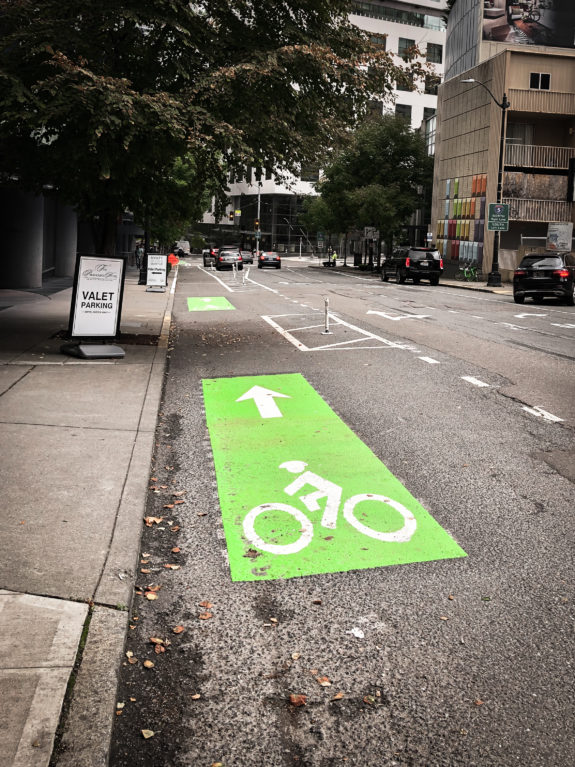 The 8th Ave bike lane when it was new in 2019. A lot of those plastic posts have since been destroyed.

The upgraded design still includes the strange diagonal crossing through the intersection with Virginia Street. The design is safe so long as everyone obeys the rules, but it can feel a bit unsettling to use just because it’s so unusual. 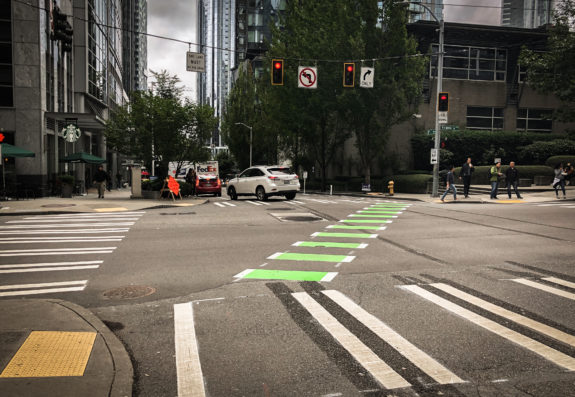 The project does not extend to the bike lane section between Westlake Avenue and Bell Street, where people regularly stop or park cars illegally. I have asked SDOT if that section is planned for future upgrades and will update this story when I hear back.

This work will begin early January and continue for up to 2 to 3 months. The work will begin near Pike St and progress north to Lenora St. We’ve sent out a construction notice

to neighbors along the 8th Ave corridor. During construction, please expect the following on 8th Ave:

Once completed, the benefits of this upgrade include: