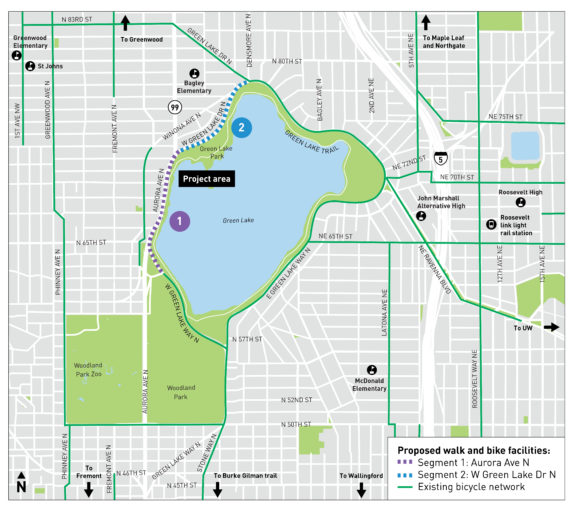 The official project map is actually a little out of date because there are now bike lanes on 15th Ave NE, too.

SDOT released the 90% design plans for the Green Lake Outer Loop, and they show that the bikeway is still on track to finally complete a biking and walking route 112 years in the making. 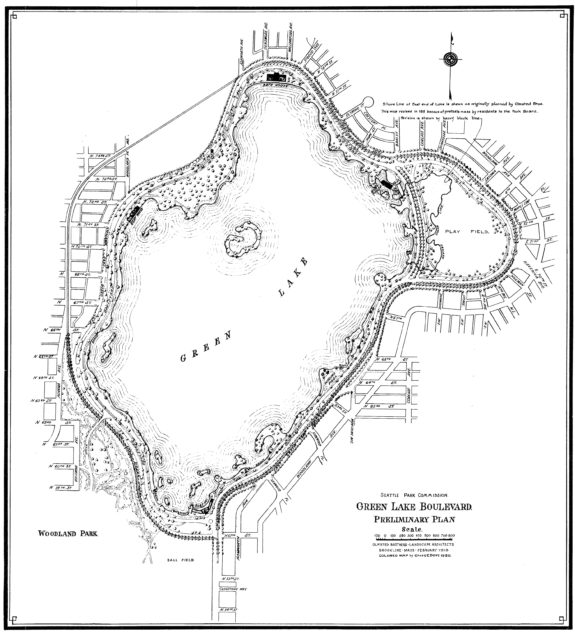 The advanced design document shows a bikeway very much like the one SDOT showed the community back in a February open house. The city’s plan is to repurpose an abandoned transit-only lane on Aurora to build a two-way biking and walking path along the west side of Green Lake Park. (CLARIFICATION: As pointed out in the comments, this section was not a transit lane, but the sections immediately before and after are. Because of this, the lane serves little to no car traffic purpose because anyone who merges into it will just need to merge back a few blocks later.) This section was originally supposed to be part of the city’s park boulevard system, but the construction of SR-99 took over the space after cutting through Woodland Park. This project will not completely heal the wound created by the park-splitting highway project, but it will at least give people a space to walk and bike.

The project got an extra kick in the pants in the spring when the Parks Department inexplicably banned bikes from the Green Lake Path even though there was no alternative along the west side of the lake. The lake path was never a great transportation option because it can get so busy and was technically one-way for wheels, but since March people have been forced to either break the rules or find some kind of detour on their own. Riding around the lake is an obviously desirable route. Once this bikeway is complete, people won’t be able to imagine our city without it. 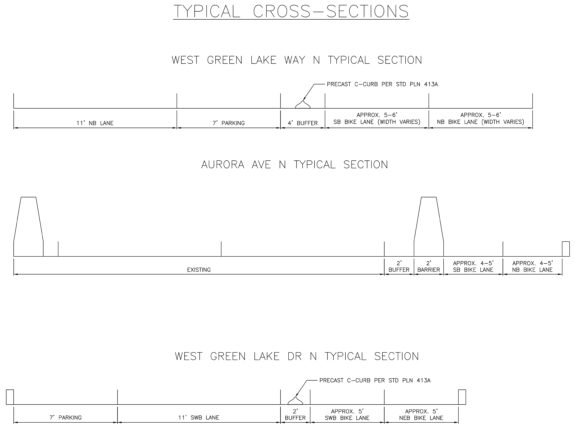 North of the bikeway, the lane becomes a right turn lane like it is currently. So there will likely be no impact to car traffic on Aurora. The biggest change for people driving is that they will no longer be able to turn right from Aurora to West Green Lake Drive N.

Construction is still scheduled to begin in “summer/fall 2022,” according to the project webpage. It’s getting a little late into summer, but hopefully it still breaks ground this year.