A gravel cut-through in Georgetown near Boeing Field will become a dog park and trail corridor, providing a key piece of the community-led Georgetown to South Park Trail. If all goes according to schedule, the park and trail connection should begin construction in the summer and open in 2023.

The City Council’s Transportation and Utilities Committee voted before the holiday break to transfer the former “flume” property from Seattle City Light to SDOT and the Parks Department. The long and skinny property once housed a conveyance that transported water from the Duwamish River to the Georgetown steam plant, but it has been essentially unused since that plant closed in 1975. As part of the deal, City Light will also pay for soil remediation.

The new park will lie at the middle point of the Georgetown to South Park Trail, planned to connect from near S Bailey Street and Ellis Ave S to the South Park Bridge. Routing the trail through the new park will require a couple extra turns, but it will likely be more pleasant than the moderately busy intersection of Ellis and E Marginal Way S. The project is the result of a community-led effort that brought together three different city agencies. That is no small feat. Kudos to Duwamish Valley Safe Streets, who have been working for years to make this trail and park a reality. 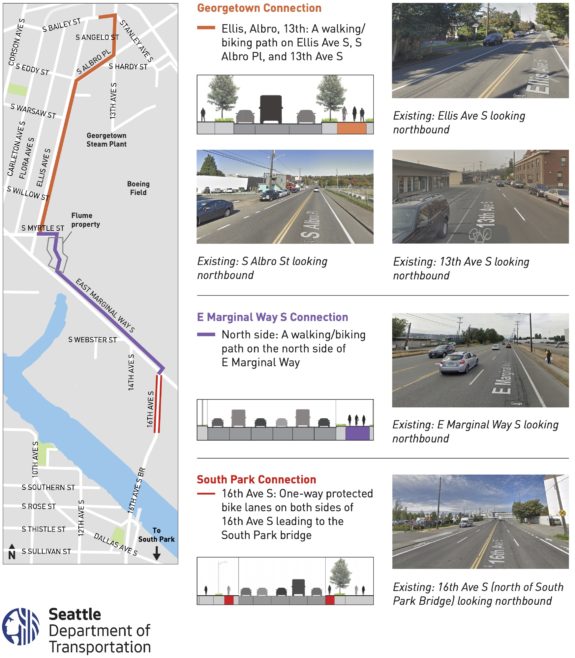