The Georgetown to South Park Connection, a walking and biking trail concept promoted for years by the community-led group Duwamish Valley Safe Streets, is on schedule to begin construction in 2022 and open in 2023. Final design should be complete near the end of 2021.

The path will lead from near 12th and Bailey in Georgetown to the South Park Bridge, connecting the two often neglected mixed industrial and residential neighborhoods. Walking and biking in the neighborhoods today is often stressful or dangerous because there are many wide, dangerous streets like E Marginal Way S. This trail will create a continuous and separated pathway for people to get between the two neighboring communities and business districts.

The route follows 13th Ave S, S Albro Place, Ellis Ave S and S Myrtle Street before reaching a parcel of underutilized land owned by Seattle City Light. Called the “Flume Property” because it “was the historic site of the conveyance that transported water from the Duwamish River, to the Georgetown Steam Plant until it ended operation in 1975,” according to the project page for the park project. SDOT and Seattle Parks are partnering with City Light to turn it into a dog park and pathway, and City Light is paying for the environmental remediation required to make it a park. 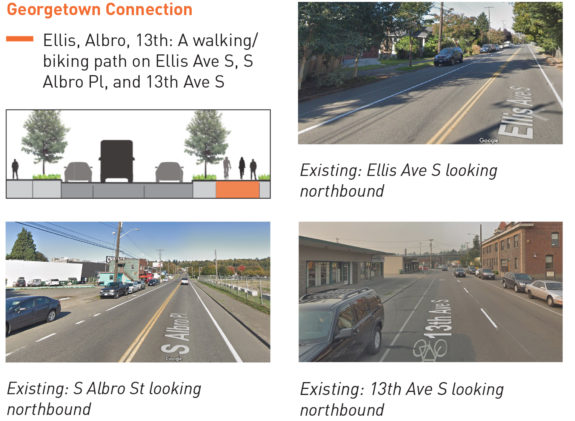 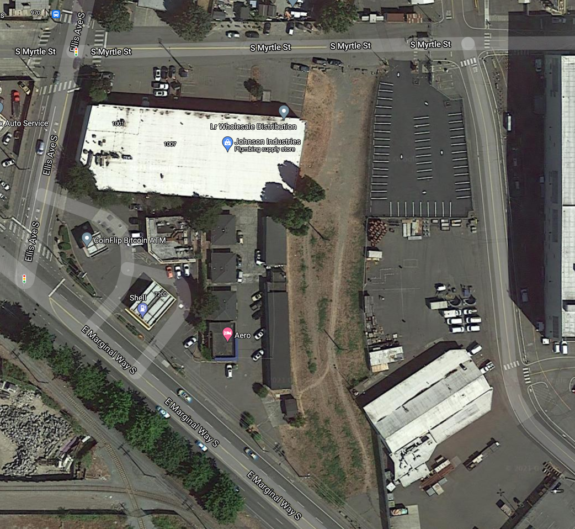 As you can see, people have already been using the Flume Property as an unofficial walking and biking pathway. 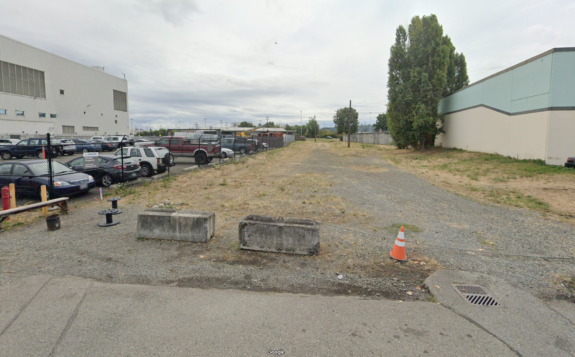 The route then travels along the north side of busy E Marginal Way S, currently one of the worst parts of any walking or biking trip in the area. There are skinny painted bike lanes, but they offer an unconvincing amount of protection on a street this wide and fast.

The new trail will follow the north side of Marginal until it reaches 16th Ave S, which is the South Park Bridge approach. Duwamish Valley Safe Streets applied for and won a Neighborhood Street Fund grant to build improvements at this vital intersection. Seriously, that group did a lot of work to make this trail happen. According to that project website, the intersection improvements include:

And finally, the approach to the South Park Bridge will get new protected bike lanes.

This project is great. Big thanks and congratulations to everyone who worked to get it this far.

There are still several other big needs for safe walking and biking connections in the area, and it will take King County, Seattle and Washington State all working together to make things right. King County’s excellent Green River Trail starts tantalizingly close to South Park, but the terrible Sr-99 interchange makes it very difficult and stressful to get there from South Park. This is such an enormous missed opportunity. 14th Ave S also needs some safety upgrades to help people walk and bike to businesses in South Park and to travel around the neighborhood. Airport Way will also remain a missing link for biking in Georgetown. And, of course, the city desperately needs to build a complete Georgetown-to-Downtown connection.

Hopefully this project can be a catalyst for more investment in the area.