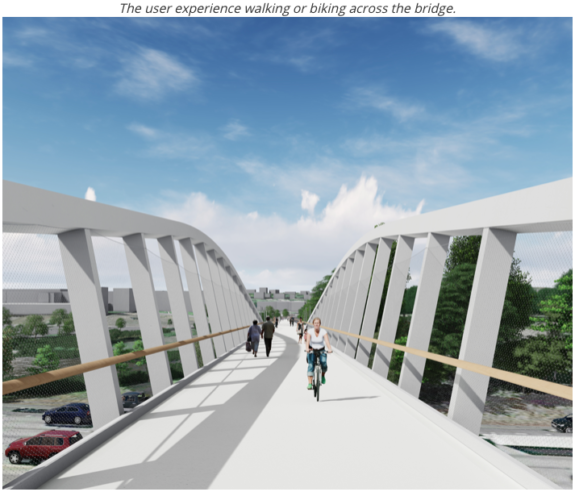 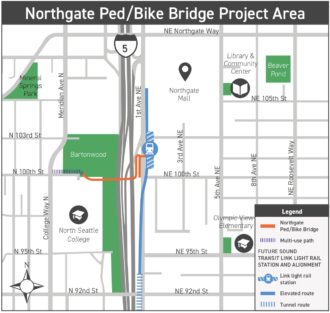 Crossing I-5 in Northgate is terrible today. The freeway divides the neighborhood, and the few places where crossing on foot or bike is possible are either far apart or very stressful. So as the region prepares to open a light rail station and Northgate Mall prepares for significant redevelopment, including a lot of new housing, we need to help people get across the freeway.

From its inception in 2011, the Northgate bike/walk bridge was focused on dramatically expanding access to the light rail station. Today, there is no crossing option for the 18 blocks between NE 92nd Street and NE Northgate Way, and the Northgate Way underpass is stressful and does not have bike lanes. North Seattle College and the nearby neighborhood would be within an easy walk of the station if there were a bridge, and the number of homes and destinations within an easy bike ride would be dramatically expanded.

It has been something of a half-decade roller coaster ride for the Northgate bike/walk bridge. The initial design, which included a striking and potentially iconic design, was likely only going to happen if the city could win a Federal TIGER grant. But SDOT failed twice — in 2014 on its own and 2015 as part of a Pronto bike share expansion — to win the grant. So SDOT, Sound Transit and Washington State partnered to fund a lower-cost version of the bridge instead.

But despite the delays due to the 2017–18 bridge redesign, the project appears on track to open before light rail service begins. SDOT announced Tuesday that the project has finished environmental review and final design, and they are preparing to send it out for construction bids. If all goes according to schedule, construction should begin mid-year. Northgate Station is set to open in 2021.

Getting the bridge to this stage took an enormous amount of advocacy work from neighbors, transit and biking supporters, and organizations like Cascade Bicycle Club. It also required a local, regional and statewide partnership, which was very cool to watch. Even facing big challenges like missed grants and a need to redesign, folks kept their eyes on the goal of getting this thing ready before light rail. It’s cool to see what can happen when people work together from the grassroots all the way up to Olympia. 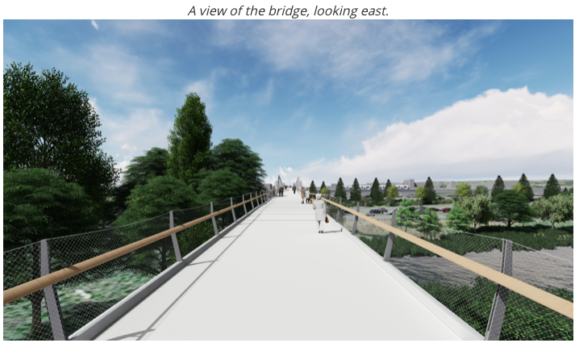 Here’s how the bridge will connect to other planned improvements in the area, from this PDF: 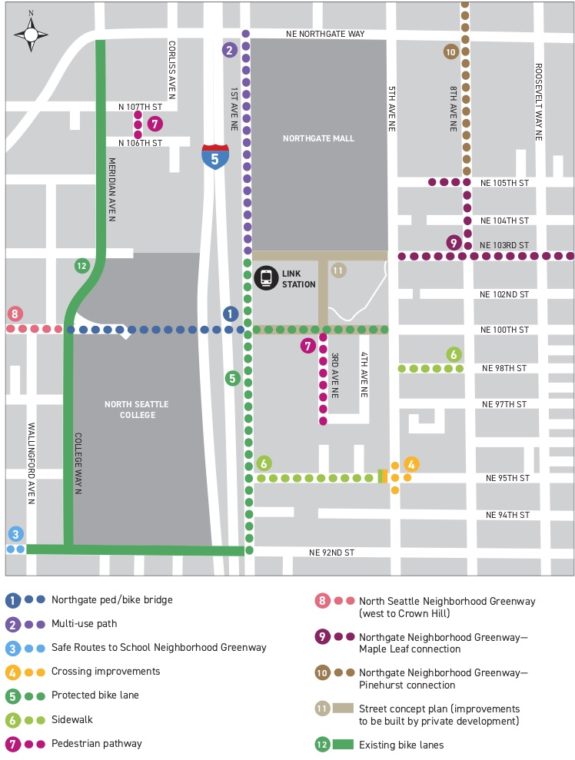