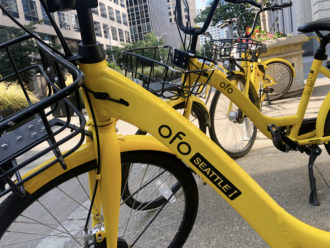 ofo no mo. The company confirmed to Seattle Bike Blog they are leaving the city, citing increased fees.

The Seattle City Council unanimously passed a budget action Monday for new city rules on bike share companies that will expand the number of bikes in operation, increase the fees for bike share operators and put in place new regulations around the parking of the shared bikes.

The Council action also outlines $1 million in spending for administration, adaptive bicycle access, equity programs, a new parking compliance effort and a major expansion of bike parking. These investments will be covered by a major hike in fees for the bike share operators.

We previously expressed concerns that the hike in fees might be too steep, especially for the lowest-priced options such as the pedal bikes that cost just $1 for a ride. Indeed, the lowest-cost operator has announced they are leaving Seattle due to the fee hike. ofo, which offers rides at $1 for an hour (vs $1 for a half hour by the other operators), confirmed to Seattle Bike Blog that they will be leaving Seattle.

“We appreciate the efforts of City Council and SDOT in crafting new requirements for dockless bikeshare in Seattle,” said Seattle General Manager Lina Feng in an emailed statement. “The exorbitant fees that accompany these new regulations—the highest in the country—make it impossible for ofo to operate and effectively serve our riders, and as a result, we will not be seeking a permit to continue operating in Seattle. We’re incredibly disappointed to be leaving the first U.S. city to welcome ofo and thank the City for its partnership and support this last year.”

Lime, on the other hand, says they will apply for the new permit as soon as it is available, and plans to expand its pedal and e-assist bikes.

“We’ll absolutely be applying for bikeshare permits when they become available next month, and plan to continue to serve this city and beyond with viable, accessible and affordable mobility options,” said Gabriel Scheer, Director of Strategic Development at Lime, in an emailed statement.

We have reached out to Spin for comment and will update when I hear back.

The Council action only pertained to the new fees and budget additions, and the specifics of the permit would still fall within SDOT’s purview. SDOT has stated its intent to increase the total number of bikes to 20,000 across four companies. This opens the door to at least two new companies. Uber-owned Jump has already made it clear that they want to operate their e-assist bikes in Seattle.

ofo has spoken against the bike share fee hike throughout the process, but their decision to leave Seattle comes as the Beijing-based global bike share giant is dramatically scaling back their services across the U.S.

The new bike share permit has lots of great language geared toward equitable access to the bikes, but the number of bikes and price to ride are ultimately the best ways to make them accessible to more people. Losing ofo’s fleet of $1 bikes would be a huge hit to affordable mobility in Seattle if the void they leave is not filled by another operator.

For a city that talks so much about combatting climate change, it just seems so backwards to charge companies providing low-cost bike rides so much money. Their success would also be Seattle’s success. We need more people to bike, a goal these companies are making possible. We should be making it as easy as possible for them to operate successfully here. Just because the investment capital is flowing into bike share lately doesn’t mean they will be flush with cash forever. We need affordable bike share here long-term.

Here’s an outline of the programs funded by the $1 million in fees: 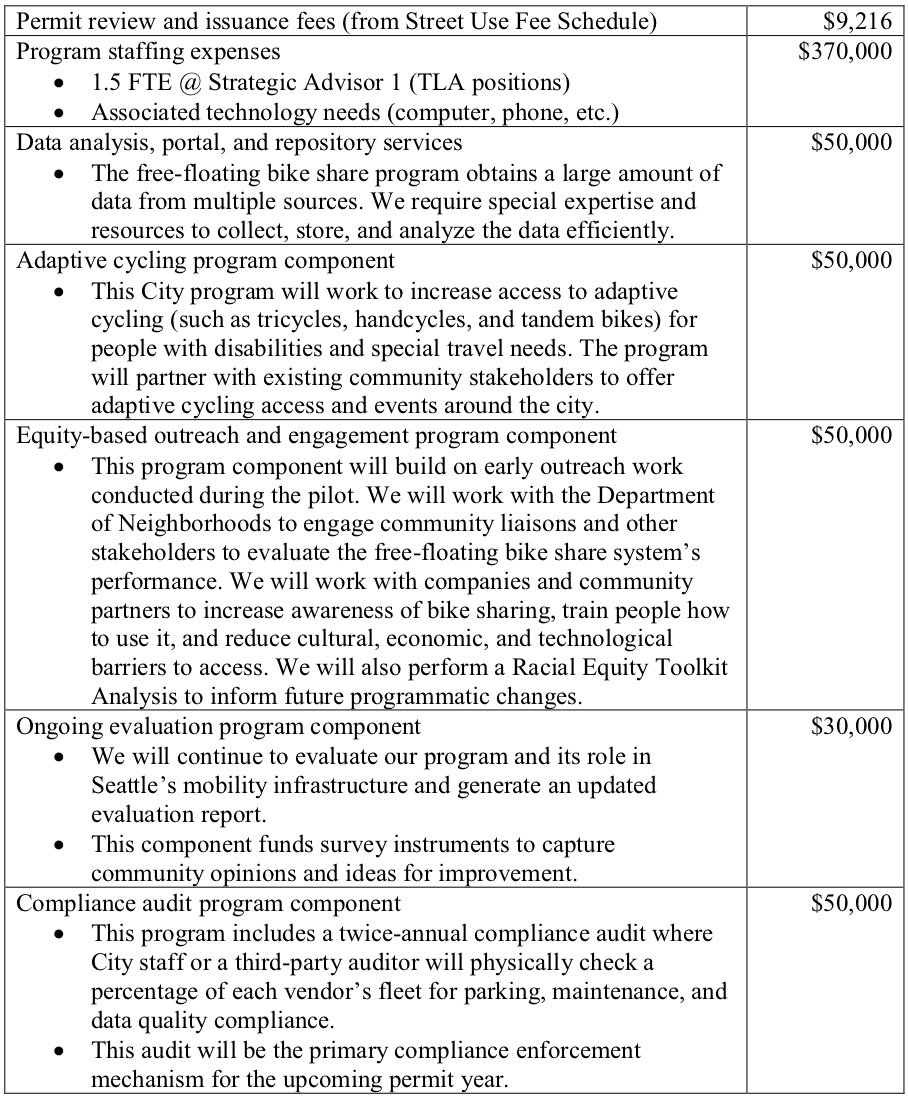