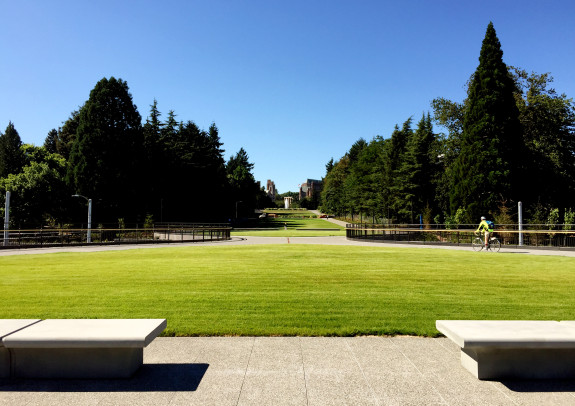 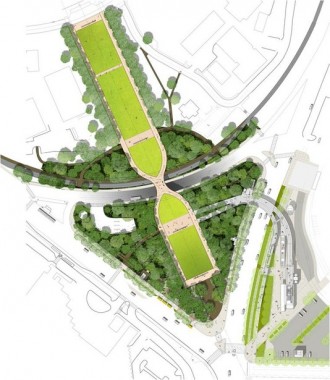 After a year and a half of ever-changing detours, one of the busiest sections of trail anywhere in the State of Washington (and maybe the entire country) reopened Wednesday afternoon.

The completely redesigned “Rainier Vista” area has a much grander, people-focused feel with wide pathways, sprawling lawns and park benches. It is very easy to imagine people hanging out here in big numbers, especially when UW classes are in session. Much like Cal Anderson Park on Capitol Hill, it’s a simple, comfortable place to just enjoy being in Seattle.

And true to its name, it has a spectacular view of Mount Rainier. 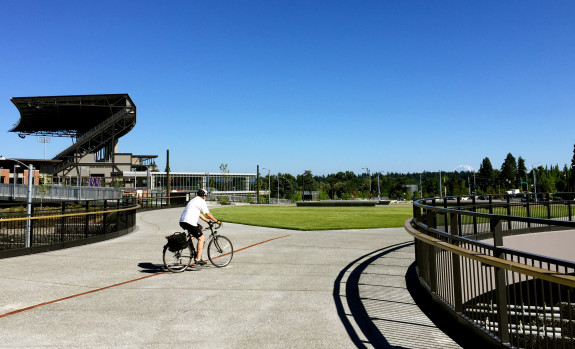 iPhone cameras are wide-angle, so Rainier always looks way less awesome than it does in real life. It’s just one more of her magical powers: She only poses for high quality cameras.

But this area also includes big improvements to the Burke-Gilman Trail, which is finally being treated as a high capacity transportation facility. Already very busy (the trail carries about 1,200 people her hour during rush hour, about as much as a lane of a major freeway), walking and biking volumes are expected to increase significantly when UW Station opens in early 2016. 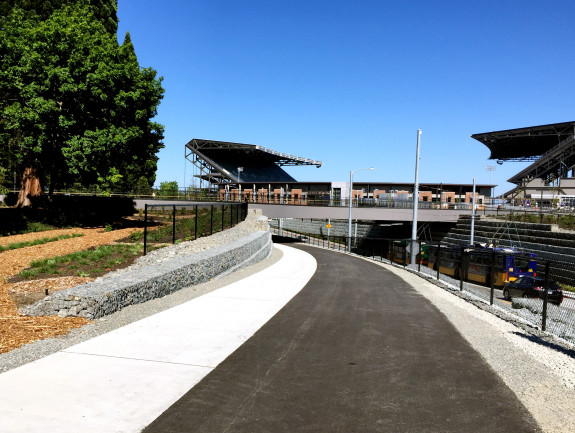 Bypass for people biking through the area

People biking to the light rail station or the Montlake Bridge are routed up through the shared public space and across a land bridge over Pacific Ave. There’s no marked bike route. Rather, people walking and biking mix on the wide paths. It will be very interesting to see how people choose to move through the space, especially once the station opens.

UW designers will be watching closely and are ready to make add signage and wayfinding as it is needed.

The walk/bike overpass of Montlake Boulevard to UW Station is not yet open, though Sound Transit tells UW they hope to open it this month. In the meantime, there are wide and very gradually-graded paths leading to the crosswalk a block north of the Montlake Bridge. 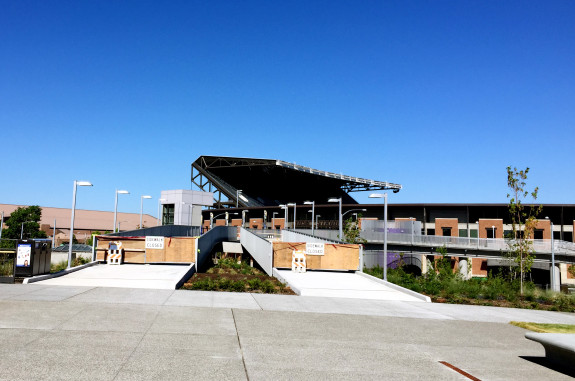 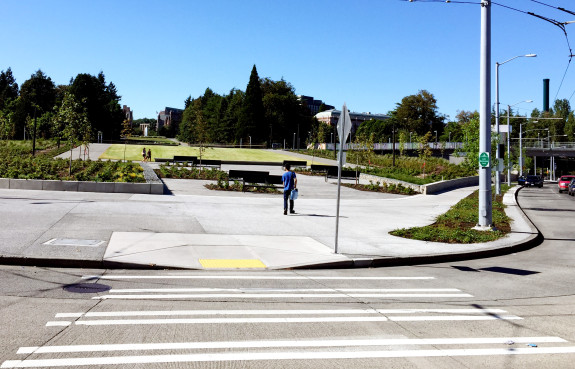 Enjoy the trail while it’s open, though. Construction on more trail work is scheduled to start in September, the DJC reports. And if the state passes the rest of the transportation package (ESSB 5988 appropriates this funding and has passed the Senate, but not the House as of this writing), UW will get the $16 million they need to completely rebuild the trail through campus. For more details on those plans, see our previous story on a failed TIGER grant bid.

This much-needed work (so long, tree root bumps!) would happen in phases over years. But for now, the detour signs are coming down. 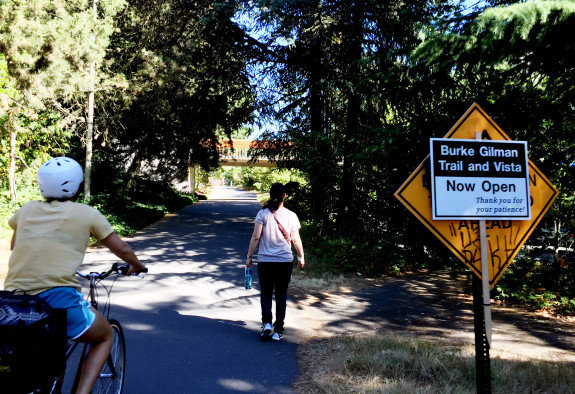