And with a quick snip from the @kcexec, the new bike/ped bridge @UW is open! pic.twitter.com/VFZWdvx4OB 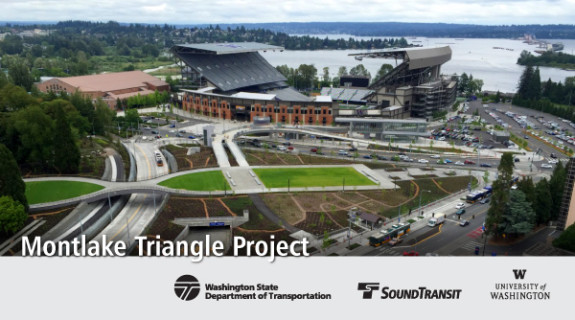 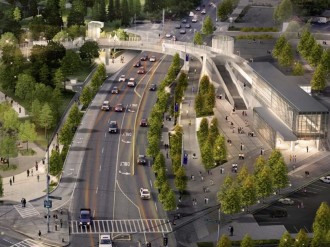 Concept art. You can bike the real thing Wednesday.

The core structure over Montlake Boulevard was built years ago, but the unfinished bike/walk bridge connecting the Montlake Bridge and the upcoming UW Station to the Burke-Gilman Trail has taunted people trying to navigate the traffic-clogged streets and ever-changing detours in the area.

Sound Transit will cut the ribbon on the bridge, opening the final major piece of the Montlake Triangle remake ahead of the anticipated early 2016 opening of the new light rail station next to Husky Stadium.

So if you want to be one of the first people in history to bike on the bridge, get to the UW side of the bridge at 10 a.m. Wednesday for a ride to the under-construction UW Station. Details from Sound Transit:

Please join Sound Transit, the Washington State Department of Transportation and the University of Washington as we celebrate the completion of the Montlake Triangle Project. We’ll cut the ribbon on the new pedestrian/bicyclist bridge that offers a direct connection between the new light rail station near Husky Stadium, the UW campus and the popular Burke-Gilman trail.

The new bridge touches down on the reconfigured Montlake Triangle area with new direct connections to campus and the bike trail completely separated from car traffic. With these new improvements, those on foot or bike can go straight from campus to the light rail station or Husky Stadium without crossing busy Montlake Boulevard. A great partnership between WSDOT, Sound Transit and UW to improve bike and pedestrian access through this busy area led to the project’s success. 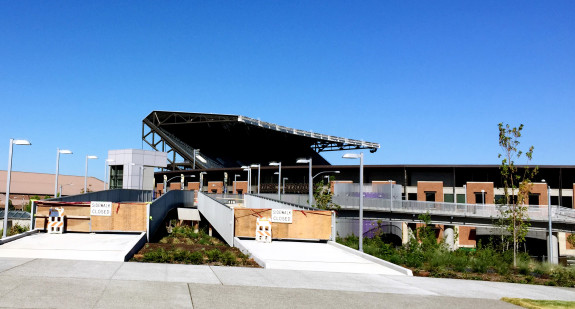 The bridge connects to the newly redesigned Rainier Vista public space and trail connection on UW campus. If you haven’t already checked this out, you’re in for a surprise. With the addition of the bridge, biking and walking in the area will be essentially unrecognizable from just a few years ago.

* And though I say “finally,” Sound Transit’s Bruce Gray reminds me that this opening is actually nearly a year ahead of schedule. It just feels like forever.