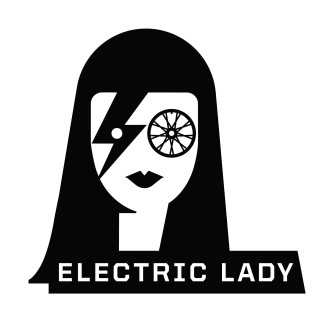 Alex Kostelnik built 20/20 Cycle out of little more than a couple maxed out credit cards and a serous desire to create a bike shop in the Central District focused on getting any old bike rolling again.

Perhaps more than any other shop I’ve been to, 20/20 staff always default to fixing what’s on a bike rather than jumping straight to replacing parts. It’s a shop that genuinely believes in helping people save money and get every inch of life out of their bike (from a 2012 interview: “We cater to moms with duct-taped Burley trailers with their kids inside on their way to Montessori school. People who ride in the rain, in the snow…”). It’s the only bike shop where I sometimes have to insist they take my money.

Since Velo moved from Capitol Hill to Belltown/Denny Triangle a few years ago, demand at 20/20 has boomed. Now, with a child in his family and 20/20 bursting at the seams, Kostelnik is planning another shop two blocks down the street with a very different focus: Electric cargo bikes.

“Think of it like a department store,” Kostelnik told Capitol Hill Seattle. “Only you go down the street to get to another department.”

The Electric Lady is scheduled to open in the under-construction building at 23rd and Union this December, CHS reports. The new shop will sell new bikes (they’ll be a Bianchi dealer) and 20/20’s shop bike, the Sealth. But the maturing market of Seattle-ready, kid-hauling cargo bikes will take center stage.

With the booming popularity of G&O Family Cyclery in Greenwood (a Seattle Bike Blog advertiser), which specializes in family cargo bikes, the Electric Lady is set to be part of a revolution in urban cycling in the city where bikes are replacing more and more tasks usually taken by car or truck.

If you want to learn more about the shop or the new Xtracycle Bosch Electric EdgeRunner (a simpler mid-drive electric cargo bike), swing by 20/20 Saturday afternoon between 4 and 6 p.m.

Read more about the Electric Lady on CHS:

“99% of my biking has been spent commuting by bike,” Kostelnik said. “I’m 47 and never owned a car.” Plus, Kostelnik is a new father — so he has a growing interest in the cargo end of a cargo bike.

Electric Lady, inspired by and named in the glow of amazement Kostelnik felt as his wife gave birth to his first child 10 months ago, will feature electric cargo bikes, a full line of new bikes, kits, gear including handmade bike bags and panniers, “and the best touring rack selection in Seattle.”

“I’ve been trying to sell cargo bikes for 10 years,” Kostelnik said. “It’s been a long road to get Seattle interested.” But the interest has arrived — especially in Central Seattle. Kostelnik said he saw the trends shift only recently as 20/20 began referring more and more customers to other shops to buy cargo-type bicycles that can better handle life’s loads.