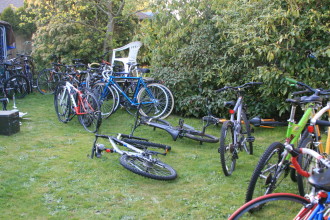 Seattle Police have made their second big bike theft bust in a month.

After getting a tip from a bike theft victim, detectives posed as a buyer and bought a bike from a suspected thief selling bikes on Craigslist. When the detective confirmed the bike was stolen from a transitional housing program for homeless veterans (definitely a bad kharma multiplier), the suspect was arrested.

But here’s when the bust gets really good: The suspect tells police about a house in Edmonds where he has taken stolen bikes previously. When police arrive, they find 60 bikes in the backyard, part of a suspected chop shop. It is common for stolen bike sellers to swap out some bike parts before listing them for sale online, making it harder for owners to identify their rides.

Unfortunately, the original tipster’s bike was already sold. But 60 people owe him/her a debt of gratitude. Thanks for your work, and thanks Det. Scotty Bach at SPD for taking action and following up! With more busts like this, bike theft might just become a bit less attractive for folks looking to make some quick money.

Photos of all 60 bikes are below. You can see them in more detail on the SPD Blotter post:

A tip from a sleuthing bike theft victim led police to staggering number of stolen bicycles and a suspected chop shop Wednesday in Edmonds. Now detectives want to know if they have your bike.

SPD Major Crimes Taskforce Detective Scotty Bach began investigating the case last week, on April 7th, after receiving a tip from a man who had found his own stolen bike for sale on Craigslist.

Major Crimes detectives contacted the Craigslist seller and said they were interested in buying a bicycle. The seller met with undercover detectives, who arrested him after discovering he’d sold them a bike stolen from a transitional housing program for homeless veterans.

The seller–who police learned had already sold off their tipster’s bike–told police he frequently sold stolen bicycles at a home in Edmonds.

Detectives went to the Edmonds home, in the 21000 block of 80th Ave W, and found a huge stash of bicycles sitting out in the yard. They checked the serial numbers on two of the bicycles, learned they were stolen, and requested a warrant to search the home.

Police seized 60 bicycles from the home, where they believe a resident was running a chop shop, breaking down and rebuilding bicycles to sell online.

If you believe one of the bikes posted below belongs to you, email Scotty.Bach(at)Seattle.gov and include the number of the pictured bike. In order to claim your bike, you will need to provide proof of ownership, like a purchase receipt, case number related to the bike or photo clearly showing you with the bike. 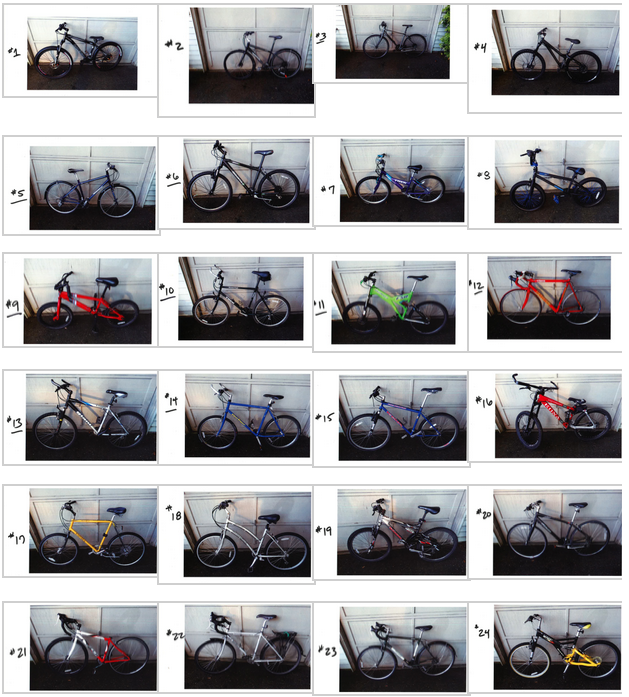 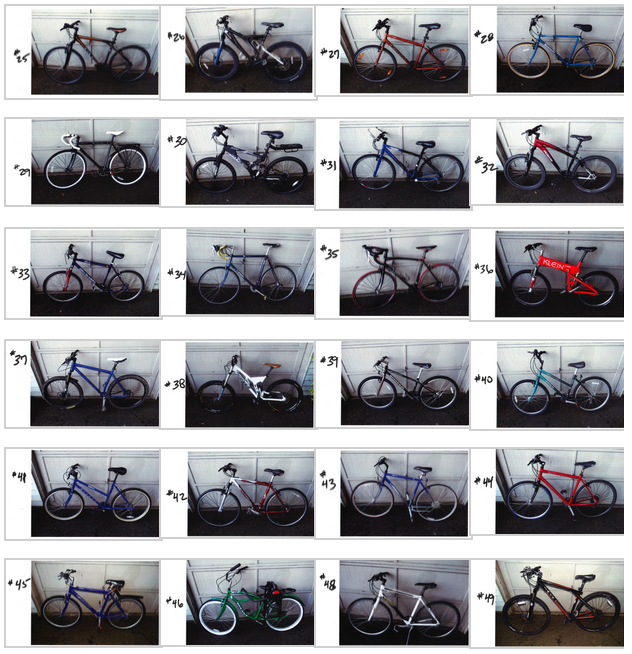 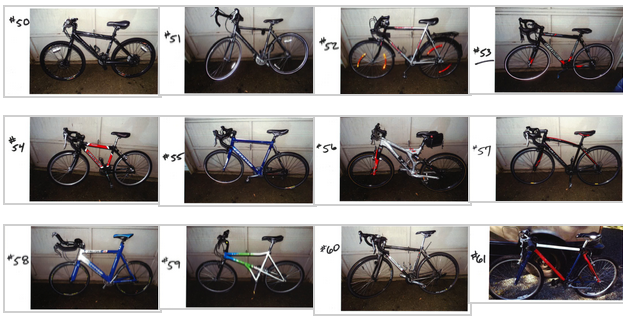 Founder and Editor of Seattle Bike Blog.
View all posts by Tom Fucoloro →
This entry was posted in news and tagged bike thefts, edmonds, scotty bach, spd. Bookmark the permalink.