Seattle leaders will announce Vision Zero today in Lake City, calling for an end to traffic deaths and serious injuries by 2030.

Mayor Ed Murray, Councilmember Tom Rasmussen, and folks from SDOT and SPD will be at Lake City Library at 3:15 Thursday afternoon to make the announcement.

Technically, this is the second time city leaders have gathered press and called for an end to traffic violence. We wrote this story back in 2012: 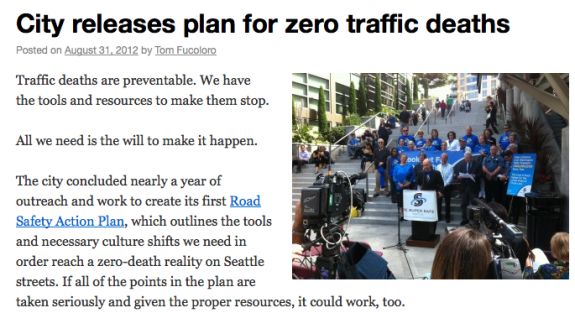 The city’s Road Safety Action Plan did not use the phrase “Vision Zero,” but it clearly called for an end to traffic deaths and serious injuries. It was the product of a series of community meetings (the “Road Safety Summit”) and was the work of people from many Seattle departments. It makes the case for ending traffic violence as a public health scourge, framing traffic collisions preventable causes of death and serious injuries. It also includes known solutions.

Since that plan, the city has launched a brilliant and successful school zone speed camera program, which slows down traffic and helps to fund safety projects like Safe Routes to School. The city also crafted a new Bicycle Master Plan.

But more must be done. Will the new Vision Zero plan be bolder? Will there be serious funding? Stay tuned for details.

UPDATE: The Vision Zero website is now live, including this document. Below are some quick highlights. More coverage coming soon. 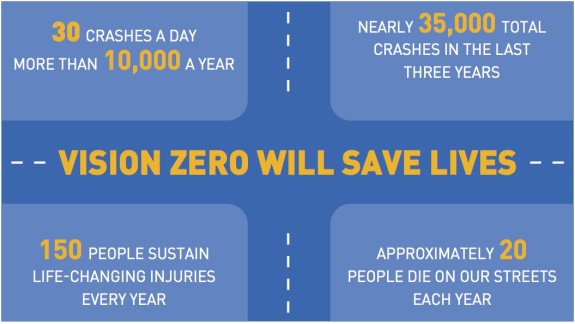 Lowering speed limits on problem busy streets is one strategy that we’ll see first. The city will also start creating 20mph zones in select residential areas. Here’s a map of where you’ll see action in 2015: 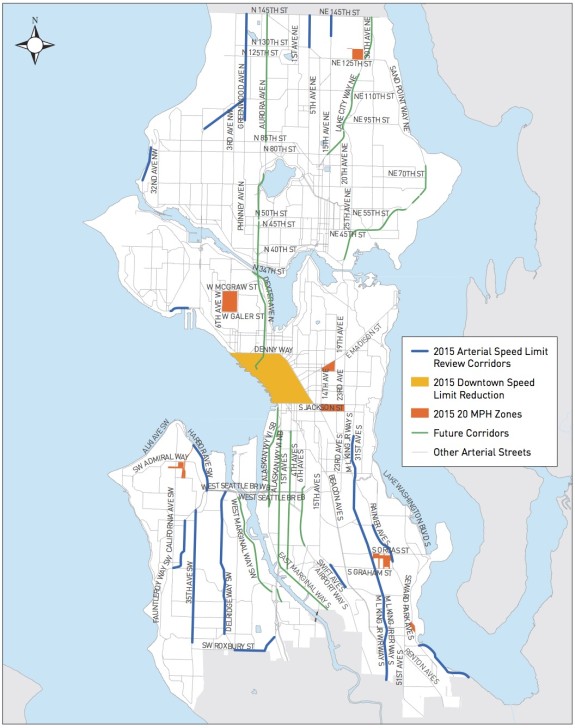 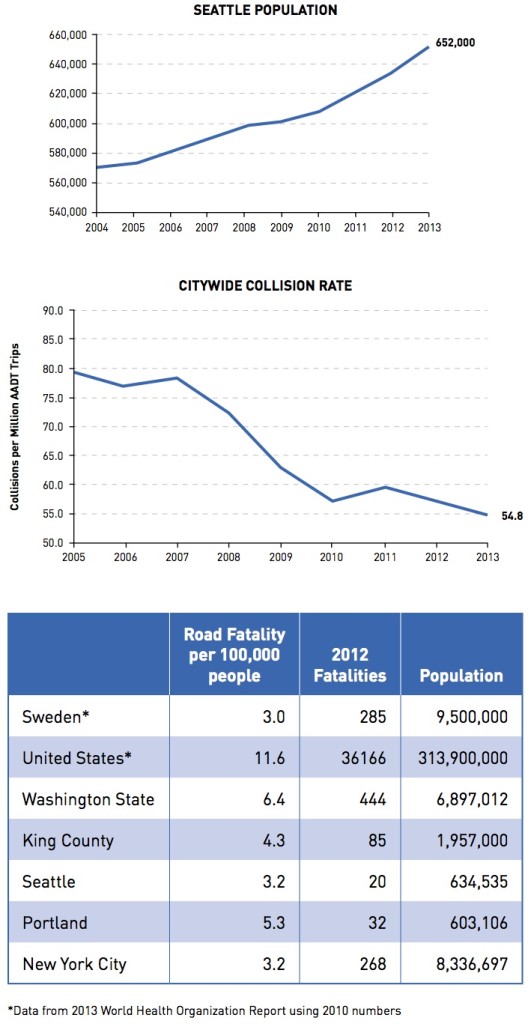 Safer street design can be implemented quickly. We know because we’ve done it.

The Vision Zero plan will come with a serious downtown and urban center focus: