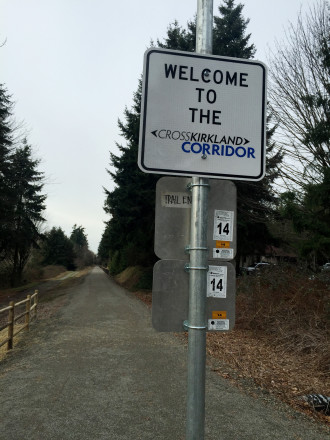 There was Kirkland before the Cross Kirkland Corridor Trail, and now there is Kirkland after.

The city officially opened the interim hardpack gravel trail over the weekend, and now the Eastside city has a flat and safe biking and walking route connecting Totem Lake to the South Kirkland Park-and-Ride and nearly to the 520 Trail.

While not paved with asphalt, the hardpack gravel surface is easy to ride on. If you can handle bumps on a typical Seattle neighborhood street, you can handle this trail surface.

And you will be glad you did. Including detours, it’s 6.3 miles across Kirkland with almost no elevation change. No bike route like this has ever existed before in this very hilly city (the blip in the elevation graph below is a temporary detour about Google campus construction): 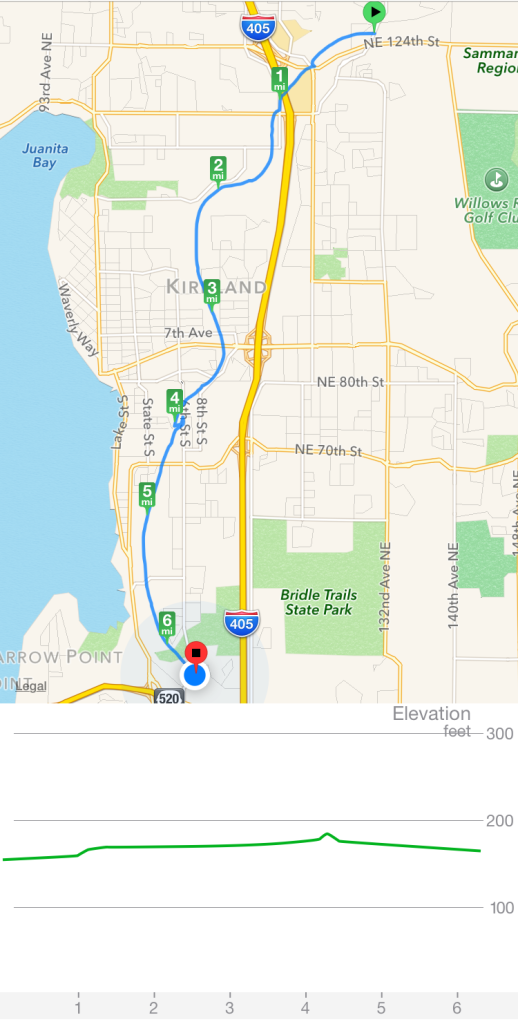 The interim trail was funded in large part by Kirkland voter approval of a parks levy in 2012, and it has drawn tons of volunteers and local support.

Even while building this interim trail, Kirkland had been developing a master plan for the trail, which will include a full-paved trail and perhaps even some transit service. 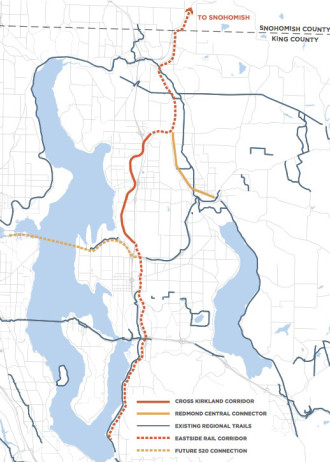 And maybe the best part of all is that the new Kirkland trail is just one part of the much larger Eastside Rail Corridor, which runs from Renton into Snohomish County and intersects many existing and planned bike routes and trails. A complete Eastside Trail could do for the Eastside what the Burke-Gilman Trail has done for Seattle.

When biking the Cross Kirkland Corridor, one of the biggest things I noticed was the economic potential along the trail. Today, there are few retail businesses near or facing the trail. That makes sense because before this month, it was an abandoned rail line.

But it’s not hard to imagine businesses popping up along the trail as it becomes a popular regional transportation and recreation route, which has already started. Google’s expanding Kirkland campus is already developing with an active trail in mind for its employees. 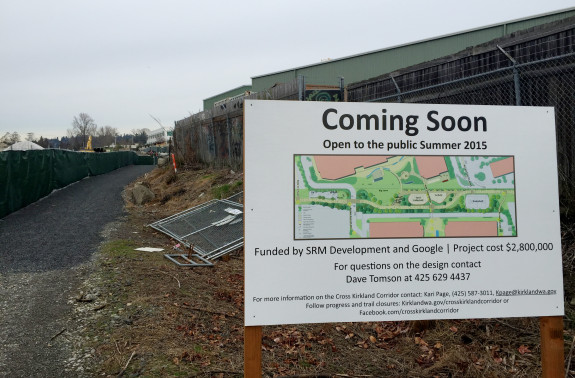 Bike-themed brewery Chainline Brewing will open soon with a deck facing the trail (they are building out that space and getting equipment ready for brewing, so stay tuned). This video of a completed (and successful) Kickstarter describes the trail-facing deck concept:

It is likely just the start of how the trail will impact Kirkland’s economy.

While most the trail surface is not paved, the city has paved, signed and designed all the intersections. This is a big deal, since the intersections are typically the hardest part of building a trail. Most intersections include comfortable crossings with flashing crossing lights activated by a push button. 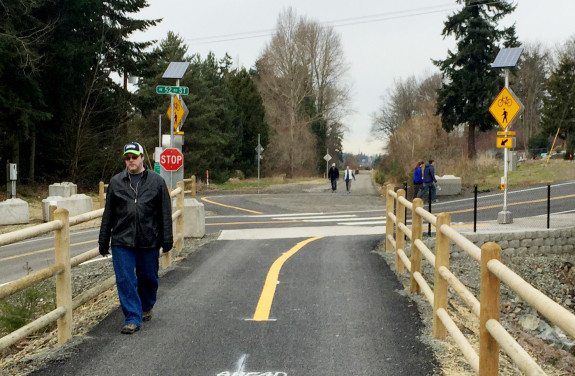 Kirkland did not skimp on another pricey part of many trail projects: Rehabbing the bridges when needed. 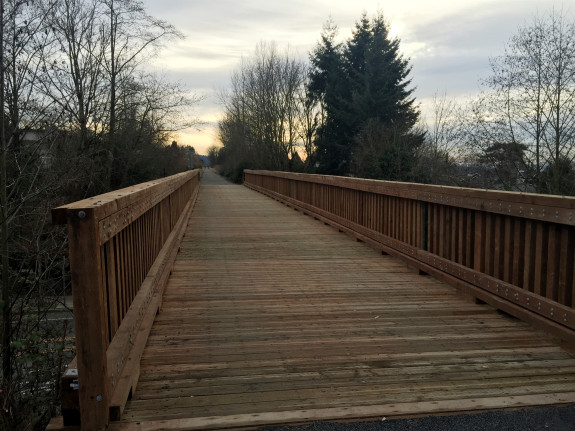 Now, there is a catch to the trail. At least in Kirkland, the trail route hugs a steep hill, which means getting to and from the trail often requires a pretty tough climb. Unlike the Burke-Gilman, which stays close to the water, the Cross Kirkland Corridor is about 160 feet above sea level.

But considering how hill Kirkland’s other bike routes are, I kind of doubt this will be a giant impediment. After all, once you’re there, it’s smooth sailing and beautiful. Have you tried it out yet? Let us know your thoughts in the comments below. 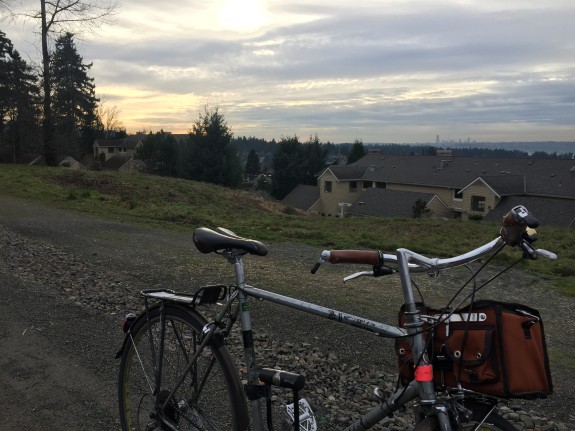