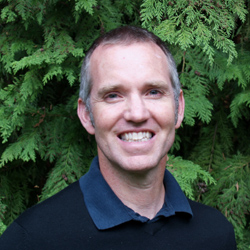 Jeff Aken has been promoted from his job as Principal Planner at Cascade Bicycle Club to fill the Advocacy Director position vacated recently by Thomas Goldstein.

Aken said his advocacy style is all about collaboration, and his goal is to focus on “all-ages and abilities bike infrastructure and increasing funding, obviously, to get those things built.”

He praised the work of Washington Bikes and hopes to work with them and area politicians to keep progress moving not just in Seattle, but all around the region.

“Both Seattle and the region are at a tipping point with [Seattle’s] Bike Master Plan, things like the East Lake Sammamish Trail and how we are starting to string together regional trails,” he said.

But one of Aken’s first tasks will be to fill a hole left by Emily Kathrein, the club’s Field Programs Manager who announced recently that she will be leaving to work for the UW’s Commute Options Program. Among other projects, Kathrein ran the club’s innovative and effective Advocacy Leadership Institute, which empowers people with the tools they need to start building a grassroots movement for safe streets and bike access where they live or work.

And, of course, Aken will need to find a new Principal Planner to fill his old position. Aken sees this as a chance to “rebuild the team.” The job listings should be posted soon, he said.

Staff attrition at the club continues to be a problem ever since big staff shakeups began last year after Elizabeth Kiker took over the Executive Director role. Aken will be the club’s third Advocacy Director in less than a year. In fact, since David Hiller left the job to join Mayor Mike McGinn’s staff in 2011, nobody has held the job for much more than a year (Evan Manvel was there for 13 months, making him the longest-running Advocacy Director since Hiller).

Previous to his promotion, Aken was picked to be co-chair of the Seattle Bicycle Advisory Board. While there is plenty of precedent to having Cascade staff as chair of SBAB, this is the first time, at least in recent years, that a Director-level staffer will chair the volunteer advisory board. He begins his role as co-chair in September.