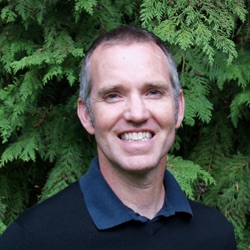 Cascade Bicycle Club is searching for a new Advocacy Director as Jeff Aken steps back into a regional planning role at the organization.

The next person to take the job will be the fifth to hold that position in as many years.  Aken moved into the spot last August and will remain in the role until the position is filled.

The search comes as campaigns for all City Council seats and the vital Move Seattle transportation levy are getting ready to kick into high gear. This November’s ballot may impact bicycling in Seattle more than any other in recent history.

Since the high-profile departure of longtime Advocacy Director David Hiller in 2011, nobody has lasted much longer than a year in the position. John Mauro, Evan Manvel, Thomas Goldstein and Aken have all held the position since. Manvel’s 13 months remains the record.

Think you can do better? Cascade has listed the job on their website. Applications are due July 31.

Elizabeth Kiker, Executive Director at Cascade Bicycle Club, announced this week that Jeff Aken will soon shift his focus within the organization to spend more time on regional planning and policy work.

Aken, who has served as Cascade’s Advocacy Director since 2014, will transition out of this role and into a new position in the coming weeks.

“My background is in planning, and this is where I feel I can contribute the most to Cascade’s mission. I really enjoy working with communities to advance bicycle infrastructure and I want to focus on that,” said Aken.

Aken said the new role will allow him to do more work with our partners in Pierce and Snohomish counties.

Cascade’s advocacy work continues to address the goals laid out in the Five-Year Strategic Plan: building safe, comfortable bike facilities for all ages and abilities, securing more funding for this infrastructure and working to make Vision Zero a reality.

Cascade posted the Advocacy Director hiring announcement today. Aken will remain in the role until a new Director is hired.

2 Responses to Cascade looking for a new Advocacy Director. Again.