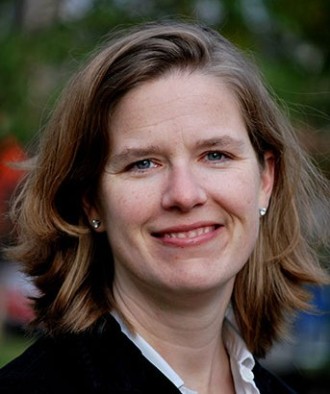 Cascade Bicycle Club’s new executive director comes from the national bike advocacy scene, where she was a VP at the League of American Bicyclists and a founder of the League’s Women Bike program.

Elizabeth Kiker will take the position held for years by Chuck Ayers, who retired from the club earlier this year. Originally from Houston and with some experience as spokesperson for the Automotive Aftermarket Industry Association, Kiker became a bike commuter essentially on a dare. She loved it and jumped into the bike advocacy world with a particular focused on reaching out to a broader range of people and working to make sure everybody feels safe and welcome on two wheels, according to Cascade.

The choice also means that essentially every large Seattle-based transportation cycling organization now has a woman at the helm (Barb Chamberlain at the Bicycle Alliance, Deb Salls at Bike Works, Holly Houser at Puget Sound Bike Share, Cathy Tuttle at Seattle Neighborhood Greenways, Sam Woods at SDOT’s Bicycle and Pedestrian Program, and now Kiker at Cascade). How cool is that?

For more on Kiker, check out this Bicycle Story interview from last year and this post from the Cascade Blog:

“I’m excited to work with the board and staff at Cascade to build on its incredible success and history,” Kiker said. “Outstanding recreational rides and effective advocacy work will continue to be the hallmarks of the organization. We will build collaborations and take advantage of Cascade’s excellent staff, committed board, and dedicated membership to continue to transform the Pacific Northwest into one of the most bicycle-friendly regions in the country.”

Kiker is particularly committed to engaging “interested but concerned” cyclists in the region. While at the League of American Bicyclists, she helped create and raise funding for a strategic plan for the successful launch of the Women Bike program. She hopes to continue similar work at Cascade, with programs that encourage and increase the number of cyclists in the region.

She was critical in building relationships with businesses and foundations while at the League, and helped the organization grow during an important period in its history. Kiker has a strong network of advocates, colleagues and leaders throughout the bicycling world that will be strong assets as she takes the helm at Cascade.

“As bicycling continues to increase in popularity, Cascade’s work continues to increase in importance,” Kiker said. “Helping craft a far-reaching Seattle Bicycle Master Plan, ensuring that bicycle facilities are top-quality and region-wide, and increasing the popularity of cycling in King County and beyond are all on Cascade’s to-do list. I look forward to meeting with our members, partners, and supporters and uniting our community behind a vision for growth through collaboration.”

You can get a chance to see her in person Thursday at the BikePAC Party:

This entry was posted in news and tagged cascade bicycle club, elizabeth kiker. Bookmark the permalink.