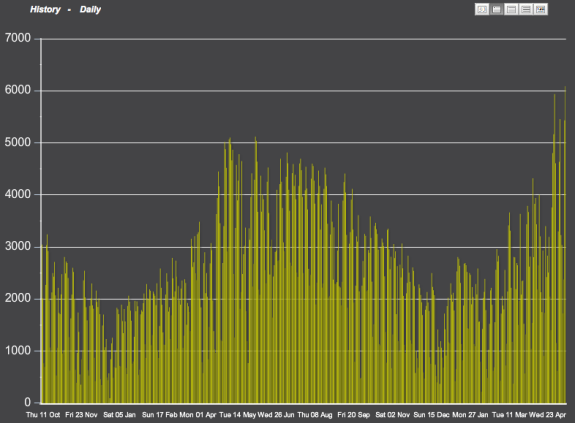 “Fremont bike counter ticked over 5100 just as the bridge lowered. Looks like another record!” Photo from Tuesday afternoon by Taylor Kendall via Twitter. Used with permission

The Fremont Bridge bike counter is back up and running after getting a little ahead of itself late last month due to a malfunction.

But even without the erroneous counts, the now-repaired bike counter is showing astounding bike volumes over the classic draw bridge. Five days in recent weeks smashed last year’s record (5,121 on June 4, 2013), including an amazing 6,088 Tuesday.

Bike trips over the bridge in April were 21 percent higher than April 2013, confirming similar growth levels seen in the fall and early winter. If this rate keeps up, 2014 should be on track to break one million bike trips over the Fremont Bridge.

But Fremont is not the only bike counter experiencing a nice weather/Bike Month spike. The Spokane Street counter on the lower West Seattle Bridge is smashing its own records. However, since that counter was not installed until November 2013 (and didn’t really start making accurate counts until mid-winter or so), we do not yet have year-over-year data to compare the numbers to. But it’s still great to watch the numbers climb: 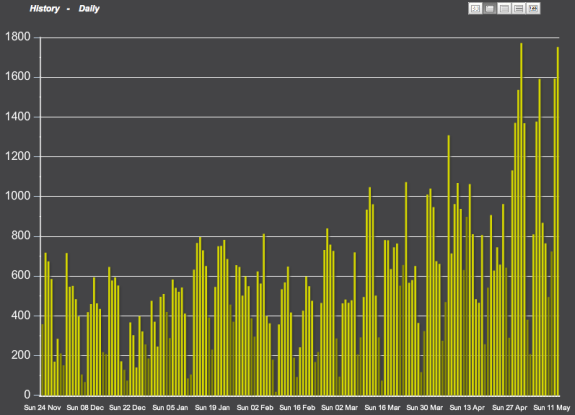 We also have new data to report from the city’s other neighborhood greenway and trail counters spread out around town. These counters do not have visual displays like the Fremont and Spokane Street counters, and the hourly data is only released once a month.

Below is the result of those counts for the first four months of action. Again, we do not have year-over-year data yet, but it’s still interesting: 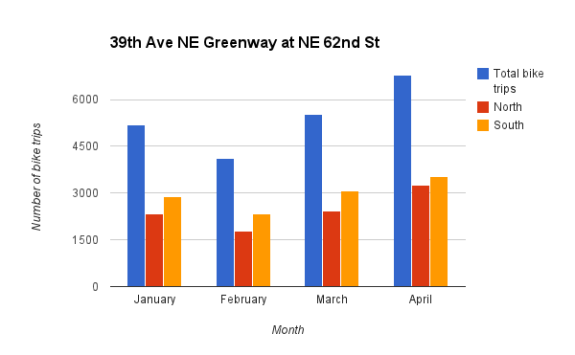 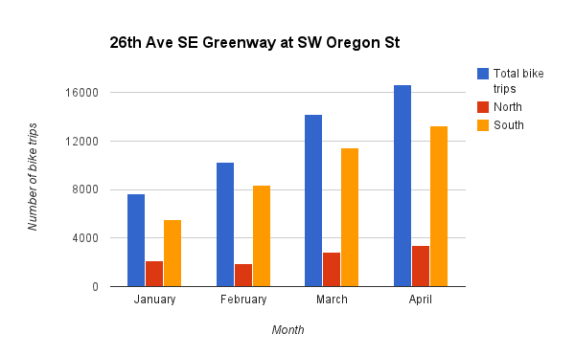 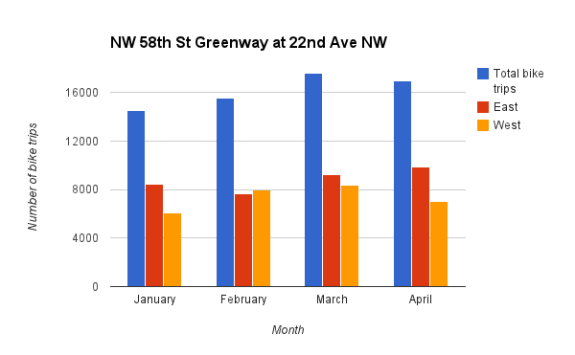 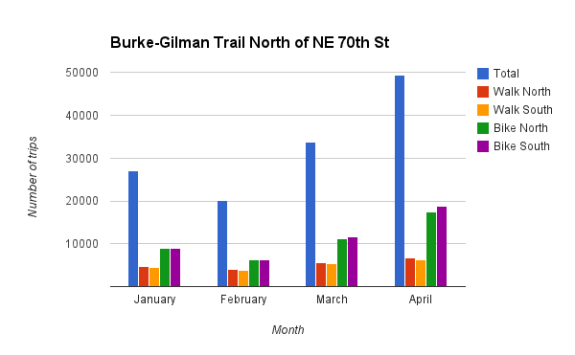 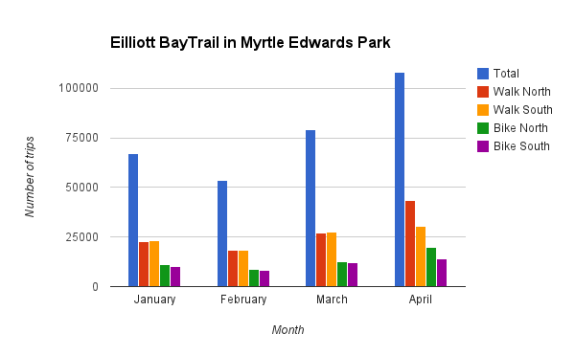 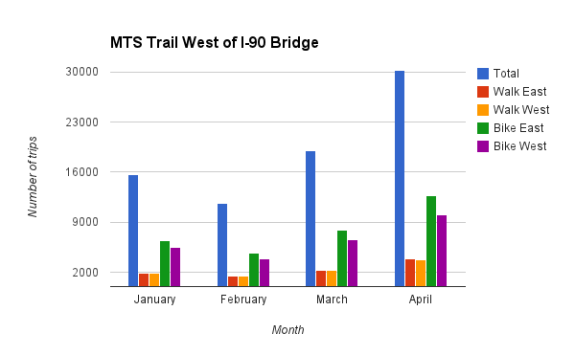 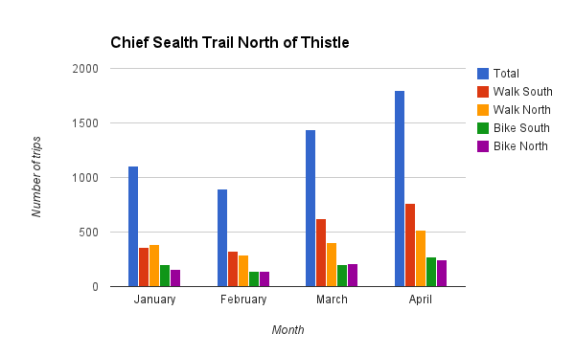 As a reminder, here are the locations of the counters: 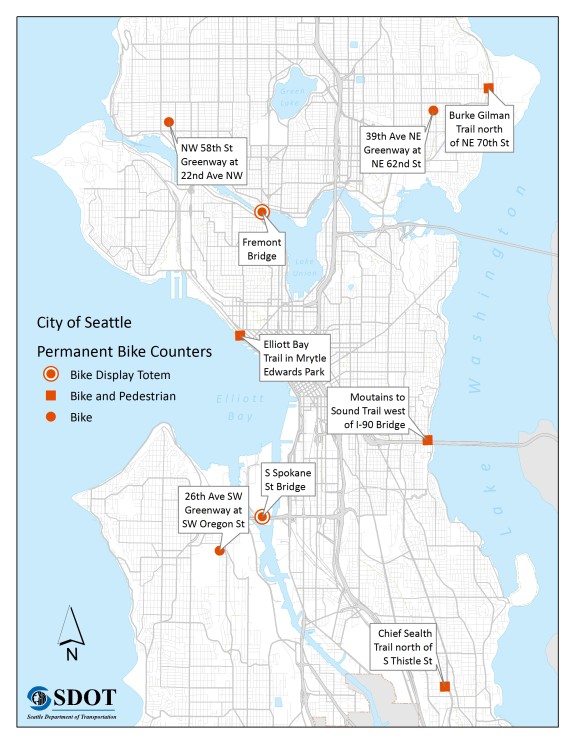 Below are the links to the raw hourly data from data.seattle.gov. If you are savvy and looking for a fun data visualization project, this counter data is just screaming for attention:

Founder and Editor of Seattle Bike Blog.
View all posts by Tom Fucoloro →
This entry was posted in news and tagged bike counter, fremont bridge. Bookmark the permalink.