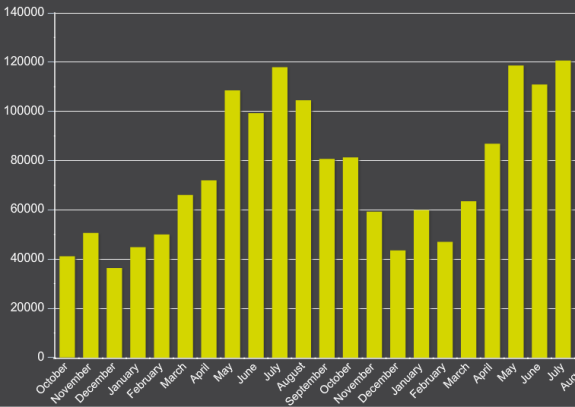 Bike volumes on the Fremont Bridge continue to break records this year, far outpacing 2013 by nearly every measure.

July was the bikiest month yet recorded, with 120,669 trips measured over the bridge. That is 2.8 percent higher than July 2013, which set a record for that year. And while that is a slower growth rate compared to the average 11 percent growth in previous months, it keeps the city on the path to breaking the one million bike trips mark by the end of the year. 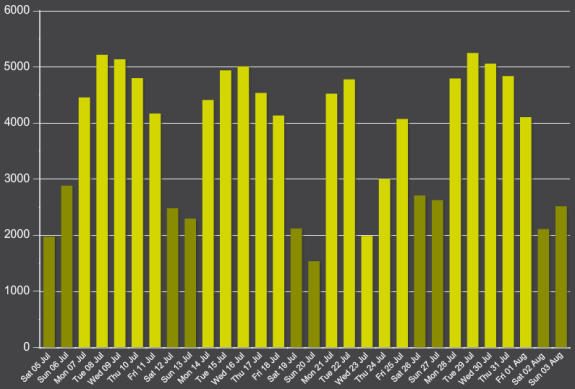 One reason for the slowdown was a day of heavy rain July 23, which cut trips down to a still-impressive 1,989 trips. And as Mike Logsdon found in a short follow-up to his statistical analysis of the bridge data for Seattle Bike Blog, the day after the heavy rain showed an “echo” effect with only 3,002 bike trips. Rain not only depresses trips on the day of, but also the day after.