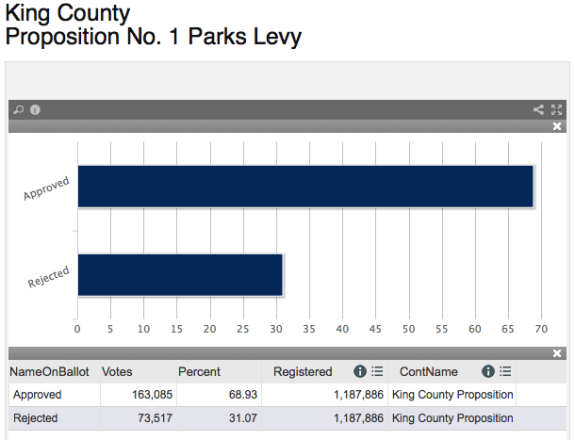 King County voters overwhelmingly passed the county parks levy, which among many other parks projects could help accelerate development and planning of high profile regional trails like the Eastside Rail Corridor trail, missing trail connections near Snoqualmie, work on the Green River Trail near South Park and work on the Sammamish River Trail.

It’s great to know that even in a very low-turnout primary, parks and trails have huge support across the county. Makes me wonder if we should try bigger next time. 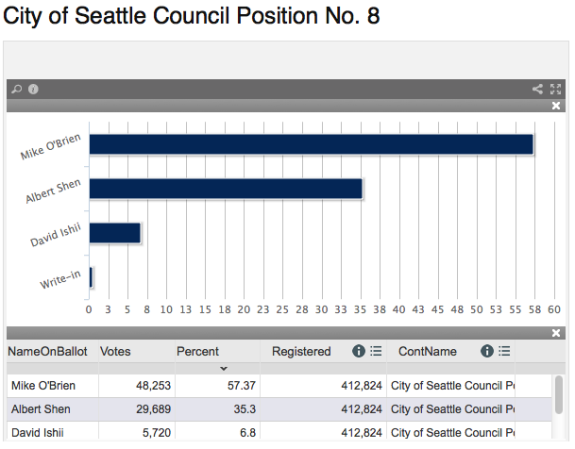 In more great news from the early returns, Mike O’Brien leads his City Council race with a commanding 57 percent of the vote. O’Brien’s well-funded opponent Albert Shen has been openly critical of bike projects, suggesting that they do nothing to help working families (yeesh, what a hack!). Despite (or because of?) these backwards statements, he received the Seattle Times’ endorsement.

Luckily, the ST endorsement seems to carry little weight in the city these days. So long as O’Brien can hang onto most of his primary voters, things are looking pretty good for the general. But don’t let up on your support. This is probably the race with the highest stakes for cycling in Seattle, and we’re not at the finish line yet. 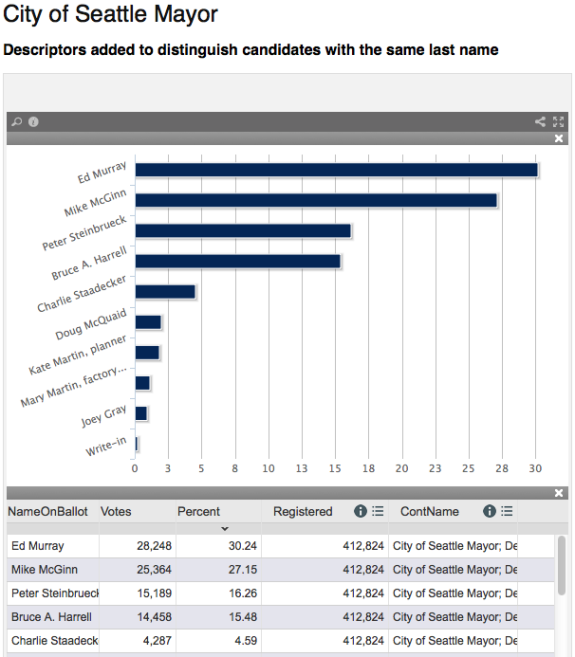 In more good news for cycling, Mayor Mike McGinn posted better than expected numbers in his race to keep his seat, despite the numerous “dead man biking” jokes from political writers leading up to the vote.

His jump in numbers compared to a July poll also shows that the mayor is gaining his share of undecided voters, setting the stage for yet another close mayoral race in the general.

From a cycling point of view, both Ed Murray and McGinn support increased investments in safe streets and the bicycle network. So unlike with O’Brien’s council race, there’s no big bike opponent in the race anymore.

However, we endorsed Mike McGinn because he has proven to be not only exceptionally well-versed on the topic of safe streets and all aspects of creating a cycle-friendly city, but he is also willing to put himself on the line to tackle controversial projects.

These are the only three races where we made endorsements (in part because we didn’t want to bite off more than we can chew). However, Cascade Bicycle Club reports a good day at the polls all over the region.