This month SDOT says they are starting work on an extension of the West Seattle Neighborhood Greenway, which will finally connect the current greenway in the south end of the neighborhood with Alaska Junction. Most notably, the project will bring a major redesign to one of the area’s most problematic intersections, 35th Ave SW and SW Graham Street. 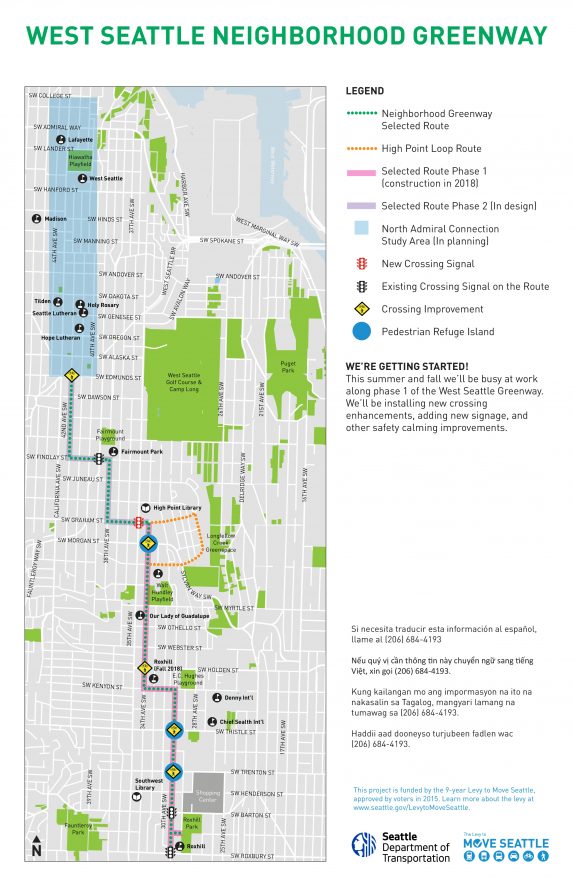 Map of the ultimate West Seattle Greenway, with the 2021 portion colored in green (click to enlarge).

Several high profile traffic deaths have occurred at the intersection of 35th and Graham. It’s been seven years since James St. Clair was struck and killed while attempting to cross the intersection on foot, and fourteen years since Susanne Scaringi was killed while biking across it. There’s not really any good excuse as to why safety improvements at this spot have taken so long to get constructed.

This project was most recently slated to go in last year, but was delayed due to “administrative challenges, most notably waiting longer than anticipated to receive the final approval for grant funding”. I asked SDOT spokesperson Ethan Bergerson if the new signal here would be a priority due to past issues here, and he told me, “We haven’t determined the construction schedule or order in which improvements will be installed. Safety will definitely be one of the factors which we consider.” 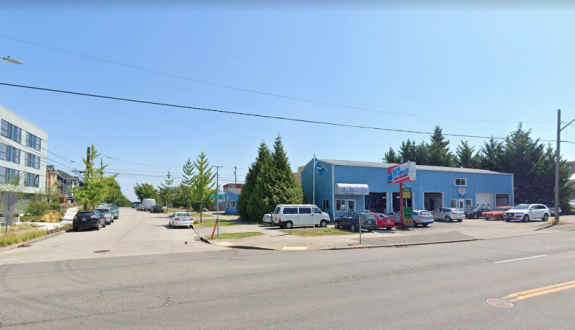 Currently 35th and Graham is a huge intersection to get across.

The planned upgrade to 35th/Graham includes a signal for traffic on 35th, marked crosswalks and a green crossbike for traffic on Graham, and traffic restrictions that essentially amount to a diverter- drivers will not be able to go straight across the intersection on Graham Street, and a left turn from 35th will only be allowed onto eastbound Graham, not westbound.

Plans for the greenway crossing at 35th and Graham include a new signal and diverter.

The entire extension of the Greenway will be installed on SW Graham Street, 38th Ave SW, SW Findlay Street, and 42nd Ave SW where it will terminate at SW Edmunds Street. The route only includes one other signalized crossing, at Findlay and 39th. At Edmunds, the existing four-way stop will be upgraded with new marked crosswalks. 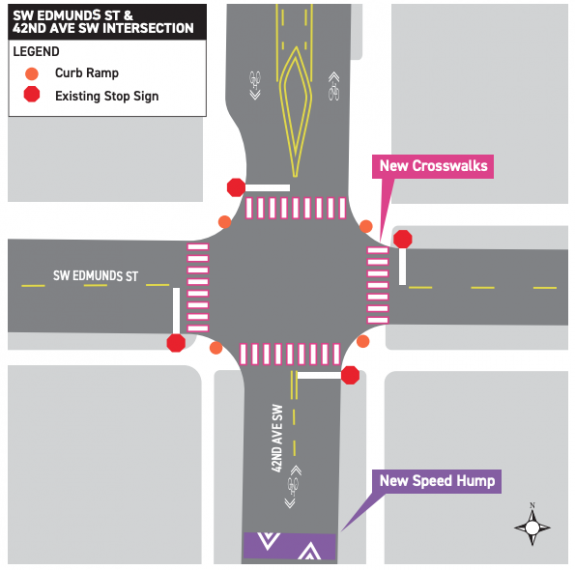 42nd and Edmunds will get marked crosswalks.

The end of the West Seattle greenway is ultimately envisioned in the Admiral District, and SDOT currently has funds to design and plan that extension to the north but not to construct it. Heading through Alaska Junction on 42nd, traffic volumes on the street are higher than they would be on a normal neighborhood greenway, so the street treatments will have to be a bit more robust.

Designs from 2018 show a few different options to make the Junction segment more welcoming to people on bikes, the tradeoffs between them being parking, so we should expect that discussion to restart. 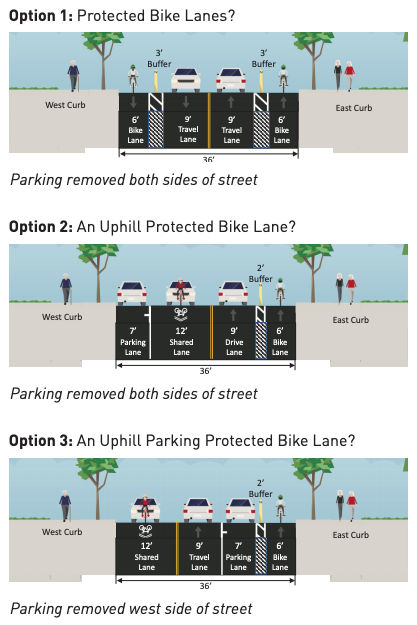 Options being considered for 42nd Ave SW in the junction.

A portion of this existing greenway in High Point is currently functioning as a Stay Healthy Street, with pedestrians and people biking more able to utilize the street space. In the coming weeks we’ll learn if SDOT has selected this route, serving one of the most diverse areas of West Seattle, to be one of the twenty miles of permanent Stay Healthy Streets and to get the permanent traffic diversion improvements that are going to come along with that. Ideally all neighborhood greenways would enable users to feel as comfortable using them as a Stay Healthy street does.

You can read more about the plans for the 2021 expansion of the West Seattle neighborhood greenway at SDOT’s blog.