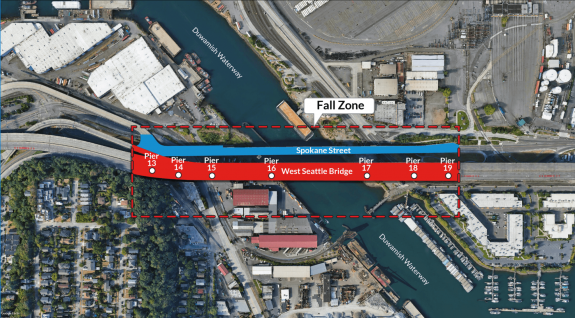 The city of course hopes it never comes to this, but they are planning for a worst case scenario in which the bridge becomes so unstable it could collapse.

After studying the extensive cracking on the West Seattle High Bridge that prompted its emergency closure in late March, SDOT has installed monitoring devices to alert them of further movement. And they are preparing a plan to evacuate nearby areas and close the lower swing bridge that is now a lifeline for the neighborhood, providing a walking, biking, transit, freight and emergency vehicle connection.

“[T]here are currently no indications that we will need to put our emergency response plan into action,” SDOT wrote in a blog post describing the new plan. The plan includes three potential responses based on possible emergency circumstances:

Here’s what the emergency road closures would look like: 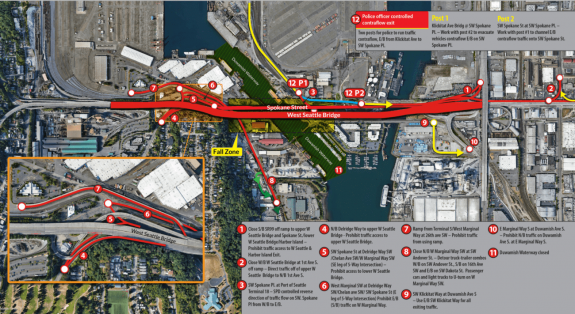 Let’s hope it doesn’t come to this. But the fact that SDOT has even created this plan gives you an idea of how bad the damage is.

If you want to make sure you are alerted if the plan goes into effect, sign up for AlertSeattle text messages. You should also make sure Wireless Emergency Alerts (the service that sends Amber Alerts) are enabled on your phone.