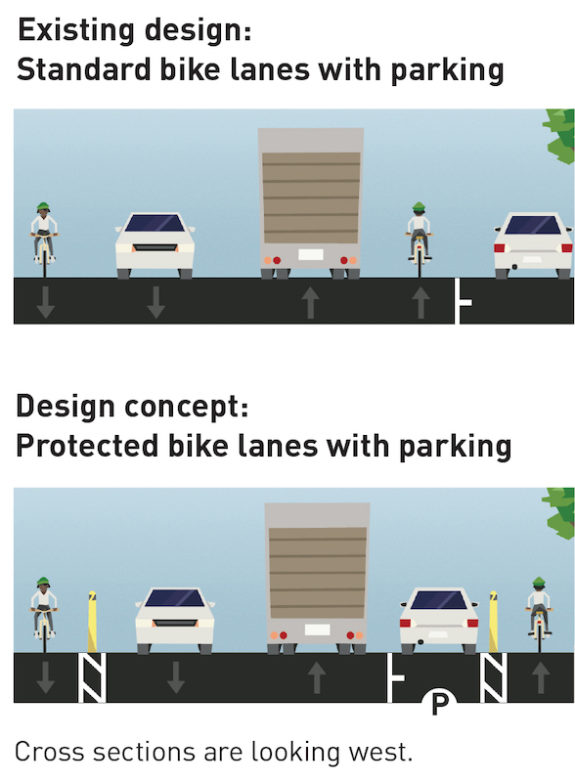 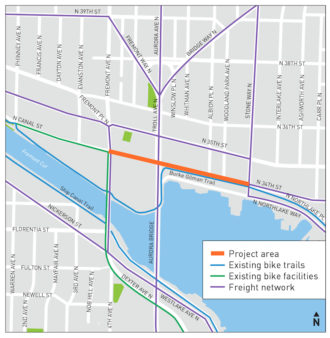 Though the most popular option for the street during initial outreach was a two-way bike lane on the south side of 34th, the project team has decided after further study to prefer paint-and-post bike lanes on each side of the street.

You can learn more and share your thoughts via this online survey.

Today, the street has paint-only bike lanes, and the westbound lane is constantly blocked either by people double parking or by people queued up to turn right onto Fremont Ave. So a redesign that can remove these conflicts and keep the bike lanes clear would be a huge improvement.

Here are the concepts considered and how the team rated each idea: 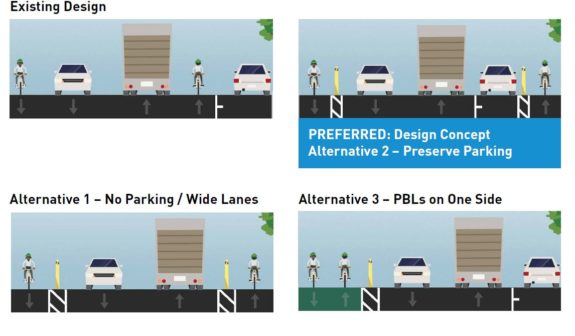 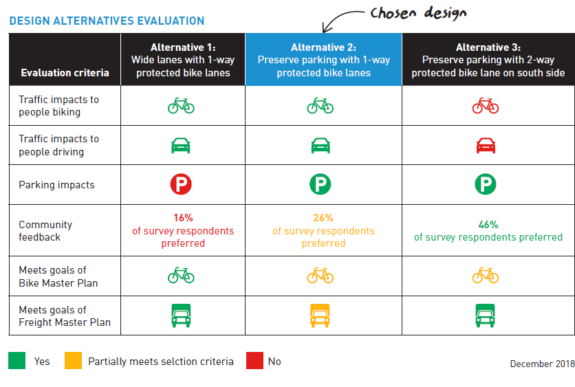 The project is bookended by challenging and unusual intersections, and the online survey does not attempt to dive into solution for them. 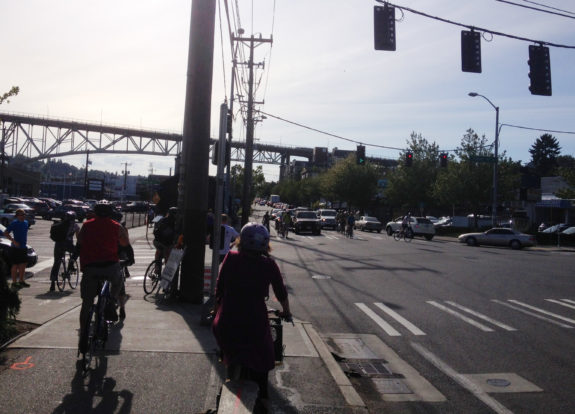 Today, many of the movements are pretty strange and unintuitive. For example, what is the best way to get from westbound on the trail to westbound on 34th? There are at least four popular ways to make this connection that I can think of, and none of them are great. And how are people biking eastbound supposed to go left on Stone Way to head uphill? Having an easy and intuitive way to make these crossings will be vital for this project to work. 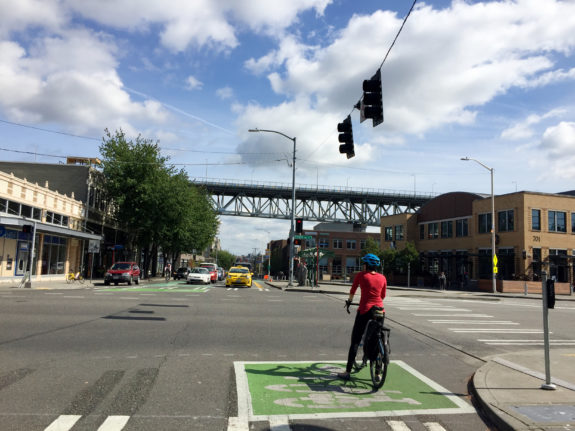 Fitting for a neighborhood with a famously strange street arrangement, 34th and Fremont Ave is one of the more unusual intersections in the whole city. Everyone comes together here, with busy bus stops, major bike routes, freight trucks and, of course, a bunch of cars. To complicate matters more, the Fremont Bridge opens for boats constantly, causing strange traffic patterns. There are even statues here waiting for a streetcar that no longer exists.

To make things even more complicated for people on bikes, there is no clear best way to get from N 34th Street to the Westlake bikeway. Some people take the east sidewalk across the bridge and follow the sidewalk all the way to the bikeway. Others take the west sidewalk and then try to cross at the Nickerson/Dexter signal. And others take the west sidewalk, then loop around the funeral home to the Ship Canal Trail, then cross back under the bridge to get to Westlake. None of these options is clearly the best, and they all share one thing in common: Squeezing across the bridge in a skinny sidewalk clearly not built to carry so many people biking and walking at the same time.

How the design team deals with this intersection is easily the most important detail in the whole project.

At some point, the city is going to need to dramatically redesign this intersection, Fremont Ave and possibly the bridge as well. But even making this N 34th Street project function will require some significant changes.

Founder and Editor of Seattle Bike Blog.
View all posts by Tom Fucoloro →
This entry was posted in news and tagged fremont, N 34th St, sdot. Bookmark the permalink.