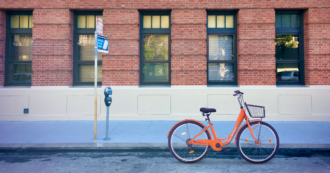 Spin, one of at least three companies hoping to launch a stationless bike share service on the streets of Seattle this summer, just landed $8 million in venture funding, according to a company press release.

This funding news highlights what is perhaps an overlooked aspect of Seattle’s private bike share story: There is an enormous amount of money behind this emerging business model. And many of these companies are hoping that Seattle will be the premiere city to showcase their services.

As Techcrunch reports, a handful of companies with similar business models have been building investment capital:

Spin’s competition includes several other funded startups here. Social Bicycles, the first to offer kiosk-free bike sharing in the U.S., has raised $7 million, and has already reached profitability. Another early bike-share player, Zagster, closed a $10 million Series B round that it announced in January. And earlier this spring, LimeBike closed a $12 million Series A round led by Andreessen Horowitz.

But these companies pale in comparison to the funding behind some international companies like China-based Bluegogo, which reportedly closed a $58 million investment deal in February (we took a Bluegogo for a test ride around downtown). Mobike and ofo, the two biggest stationless bike share companies based in China, measure their investments in the hundreds of millions. Seattle Bike Blog has not yet received word whether Mobike or ofo are interested in the Seattle market.

These companies have a lot of questions to figure out if they are going to get their services to work in the U.S. But they seem to have the capital needed to figure them out.

“We’ll use this round to grow our supply chain, improve our hardware, and assemble a talented technical team to track and manage our bikeshare fleet at scale,” Spin CTO and co-founder Zaizhuang Cheng (formerly of Disqus) said in the company’s press release.

Obviously, all this capital is not coming to Seattle. But as a showcase for this business model in the U.S., services in Seattle could receive a good slice of it. If it works well here, they will have a much easier time launching in other cities.

Of course, this funding also raises the question: Are there really enough potential bike trips out there to make all this investment profitable? I sure hope so, because that would be an enormous amount of biking at $1 per ride. I want to believe.

Spin so far stands out among the others by making a direct effort to engage and invest in community projects. As we reported, the company has seeded its Spin Cities Project with $10,000 earmarked “to start improving bicycle safety and infrastructure around The Emerald City.” A portion of ongoing revenue will be funneled into the project going forward to keep it funded, according to Spin CEO Derrick Ko.

The company has reached out to Bike Works to discuss how the company can work with the Columbia City non-profit (Bike Works teaches bike fixin’ skills, and Spin will need bike mechanics, so maybe there’s something there). They kicked things off with a donation to the organization.

“Bike Works aims to empower youth and build resilient communities through biking,” said Bike Works Executive Director Deb Salls in a press release. “We look forward to improving bike safety and access to bikes, while building up a diverse biking community together with Spin.”

Hey, donating to Bike Works is always a solid way to make friends around here. It will interesting to see if other companies make community-building efforts, too.