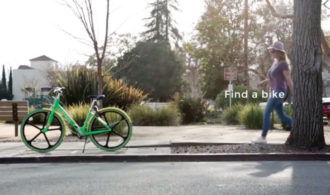 West Seattle’s Gabriel Scheer was a founding member of Pronto Cycle Share, so he was disappointed when that now-shuttered bike share system failed to expand beyond its small service area.

“I don’t think it served the city as well as it should have,” he said. That’s a shortcoming Scheer plans to address as the Director of Strategic Development for LimeBike, a young dockless bike share company based out of San Mateo, California.

LimeBike is one of at least three companies with plans to begin service on Seattle streets as early as next month. Along with Bluegogo and Spin, LimeBike is working with SDOT and the City Council to develop rules for this new-to-the-US business model for private bike share services.

The city could have either legislation or an SDOT Director’s Rule in place in June, likely framed as a pilot for a limited timeframe for this summer or a bit longer. Companies will be able to compete in an open market so long as they abide by guidelines set by the city. The experience with the pilot will inform the creation of a more permanent permit for stationless bike share services.

The city needs to get the rules right in order to encourage responsible use of city right-of-way while also providing room for innovation and competition. This means putting the onus on companies to, for example, react quickly if users or vandals put bikes in inappropriate locations (like on private property or blocking bus stops, etc) or if a large volume of bikes end up in the same place. The companies also must have appropriate amounts of insurance and have an effective way to keep bikes well-maintained and safe.

But as always, Councilmember Mike O’Brien wants to make sure these potential concerns are put in perspective.

“The idea that the city might be inundated by bikes and we’ll be overwhelmed … it’s kind of like, ‘Wow, that’s a cool problem to have,'” O’Brien told Casey Jaywork at the Seattle Weekly recently.

Scheer says LimeBike, like Spin and Bluegogo, is in full support of working with the city rather than trying to go around city rules.

“For our business model to work, we have to work together to figure it out,” said Scheer. The company is not interested in launching “Uber-style, guerilla-style,” he said. Uber launched in many cities without permission, using the popularity of its service to effectively force cities to create rules to allow the company to operate.

But this puts the onus on the city to create rules quickly. There are more companies with competing dockless bike share business models around the world, and it would be better for the city to have rules in place before they start operating rather than fighting a company that launched a popular service without permission.

Scheer previously worked at Flexcar, so he has solid experience working to provide mobility solutions in the area to help people get around without owning a car. And he sees dockless bike share as the next big new mobility option for Seattle.

“We just kept adding services that make it easier and easier to get around the city without having a car,” he said. But at the same time, “you’re seeing new parking spaces hit record levels, as well.”

He said he isn’t against driving, but he pointed to the persistently terrible traffic on Mercer Street as clear evidence that we need another way for more people to get around.

As for the company’s eye-catching green and yellow bikes, Scheer was a bit tight-lipped about how they will compare to the Bluegogo bike I took for a test ride last month. He would only say, “We see the ability to ride a bike as a social equity part of the equation.”

This entry was posted in news and tagged limebike, stationless bike share. Bookmark the permalink.