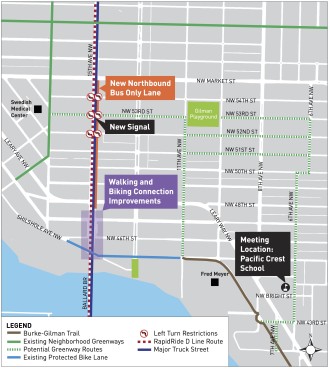 Taking advantage of a new traffic signal planned as part of an effort to speed up buses on 15th Ave NW, SDOT is planning a short neighborhood greenway to help connect homes and destinations long divided by the freeway-like 15th.

The mega-street is a fossil of the mid-century freeway craze and currently has no safe crossings between the bridge underpass at Leary Way and NW Market Street, so this new signal could be a big deal for neighbors and for walking and biking travel.

The greenway route would also connect the brand new 17th Ave NW neighborhood greenway to the Burke-Gilman Trail through an out-of-the-way route via Gilman Playground. For people heading north , this could be a good way to avoid the notorious Missing Link. But for people heading to the historic downtown, the Missing Link will still be the most direct (and therefore most popular) route.

At this early stage, SDOT staff is looking at a variety of route options, though they only noted NW 53rd Street for the new signal (several open house attendees said it would be even better if it were a block or two further south).

Of the options presented, 11th Ave NW is the most direct option to the Burke-Gilman Trail and also the least steep: 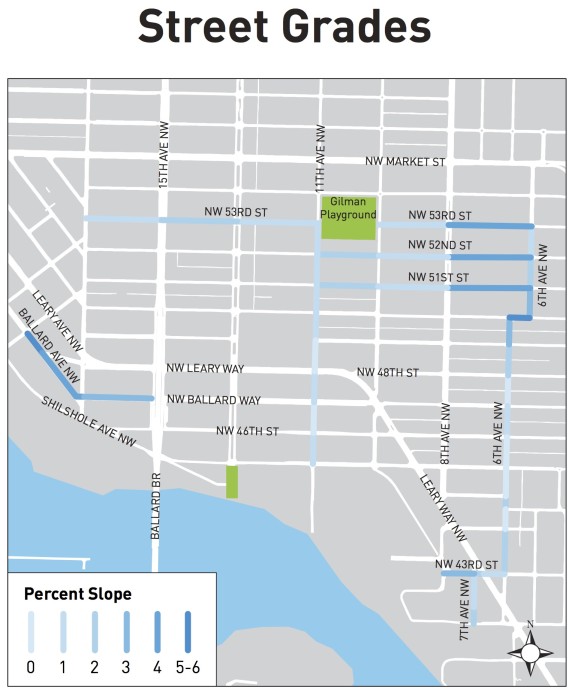 This is a key point because most people simply will not choose a route that is out of the way and climbs an unnecessary hill or two. No matter where SDOT chooses to put the greenway route, 11th and/or 14th Avenues NW will likely see increased biking and walking when the new signal is installed. So the city has a duty to make either or both of them safer.

The challenge with 11th as a neighborhood greenway, however, is that it travels through an industrial area, and one section has traffic levels high enough that the city may need to look into installing bike lanes: 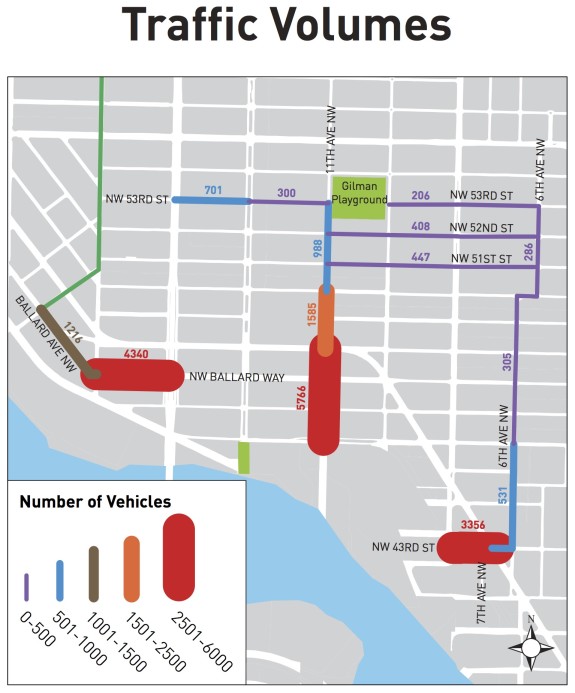 You can email comments (or even this comment form) to [email protected]. 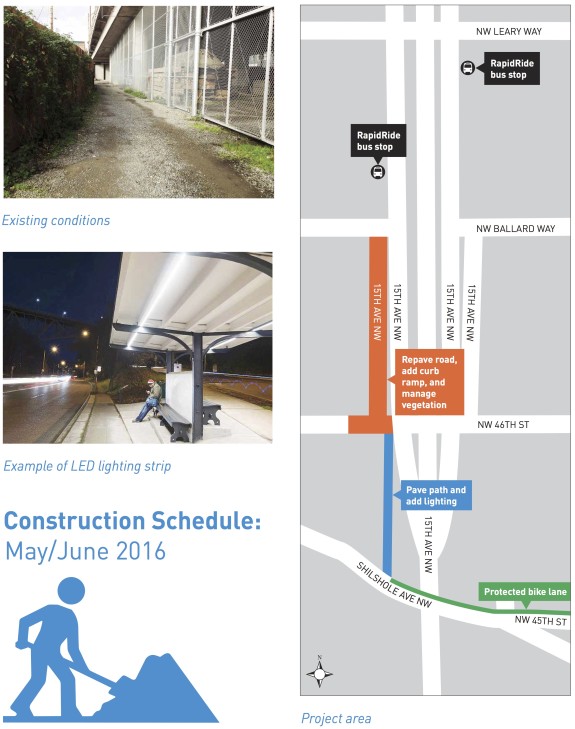 The city is also looking to improve connectivity to the west sidewalk across the Ballard Bridge by paving an existing access road and installing an bike lane connection to the sidewalk entrance at Ballard Way. This is also a great chance to improve safety at that wide Ballard Way intersection and to install some safer crossings of NW 46th Street.

Maybe they can also refresh and improve the train track crossing under the Ballard Bridge, which claimed yet another victim Monday. The person who crashed posted a comment saying she is “doing alright” and is healing up from a bad crash.