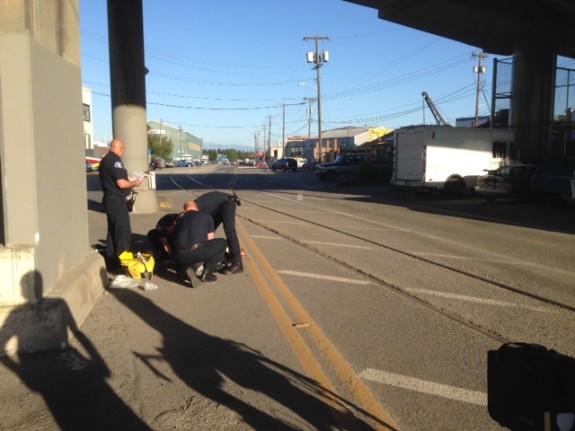 This morning, the train tracks on the Burke-Gilman Trail Missing Link claimed yet another victim. Reader Ted came across a woman who took a very bad spill in the same spot so many people have crashed before her. After helping her and waiting for medics to arrive and take over, he took this photo and sent us the following note:

Sorry for the downer but I gotta vent.

Real shitty start to bike to work month this morning. This woman’s face was so bloody she could hardly talk. She couldn’t tell me her name.

I started riding again after the paramedics got there and just started bawling out of nowhere. It is really a crime to make a “bike trail” in such a dangerous spot.

He’s right. It is a crime that plans to fix this dangerous missing link in such a popular bike trail has lingered now for two decades. This isn’t a game. People are getting hurt.

The city is in the process of developing an environmental impact statement (“EIS”) for a damn bike trail that already has a mountain of plans behind it. Once complete, the city can restart planning and construction prep work to finally build the trail, pending more legal action, of course.

That document won’t be completed until Autumn of winter. In our original story about the EIS last summer, we wrote that 18 people would go to the hospital by the time the document is completed.

She is just one of them.

As it happens, the city is hosting an open house tonight 6 – 7:30 p.m. (the presentation is 6:30) at Pacific Crest Montessori School.

For the Ballard Bridge, Cascade Bicycle Club is asking for: 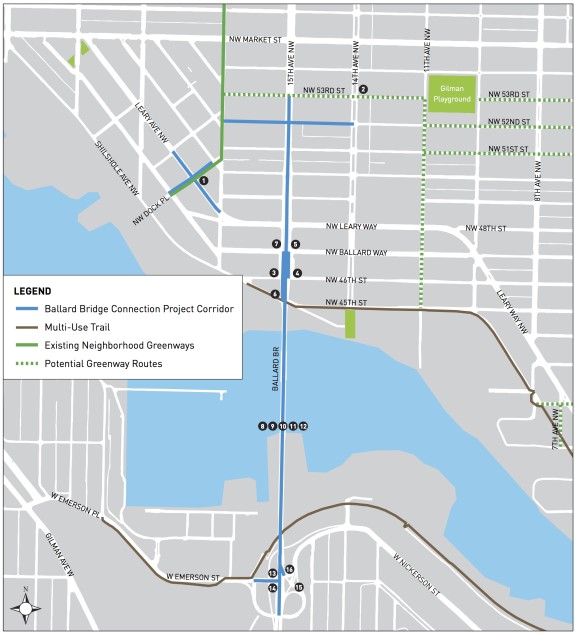 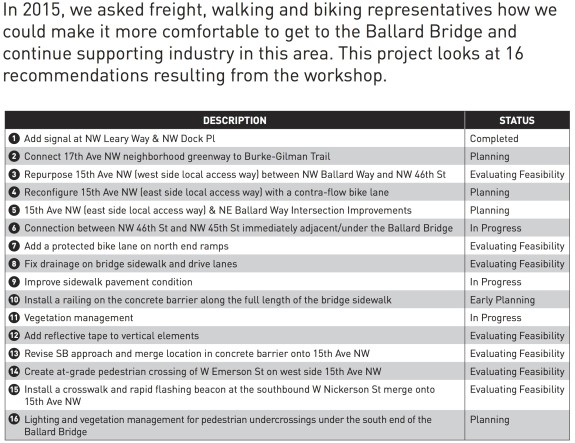 This entry was posted in news and tagged ballard, injuries, missing link. Bookmark the permalink.