NOTE: G&O Family Cyclery is not only a Seattle Bike Blog advertiser, but co-owner Davey Oil is a close friend. He even officiated my wedding (and was amazing). I note this for disclosure, but also to emphasize that this shop is very special. I can’t wait to see it back open better than ever. 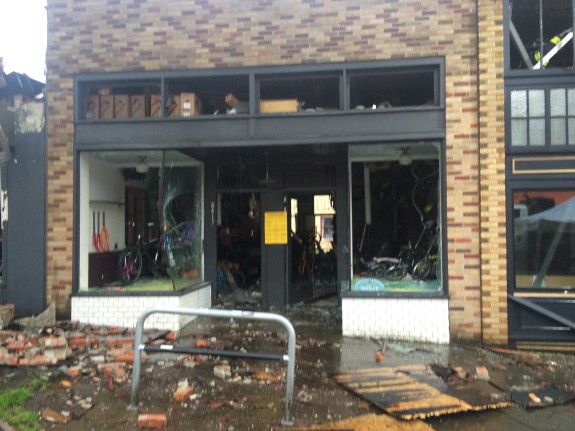 G&O Family Cyclery is more than a store.

G&O is bike infrastructure as much as a bike lane. It’s a resource where people can try out and purchase bikes that do more, bikes that can replace a minivan.

“Our status right now is looking for where we can go,” he said. The shop is closed for the now, but Davey and co-owner Tyler Gillies are not giving up. And judging by the huge outpouring of help, the Greenwood and family biking communities aren’t giving up either.

An effort to raise money to support the shop’s incredible staff and invest in reopening in a new space passed the $15,000 mark in just 18 hours with 192 people donating to the cause as of press time. You can help them reach their goal by donating online or mailing a check. More details here.

“The people of Greeenwood have been amazing,” he said. “I want to stay here” to keep serving the neighborhood as their local bike shop and to keep introducing people to the power of family biking, but also “to fix everybody’s stroller wheels.” 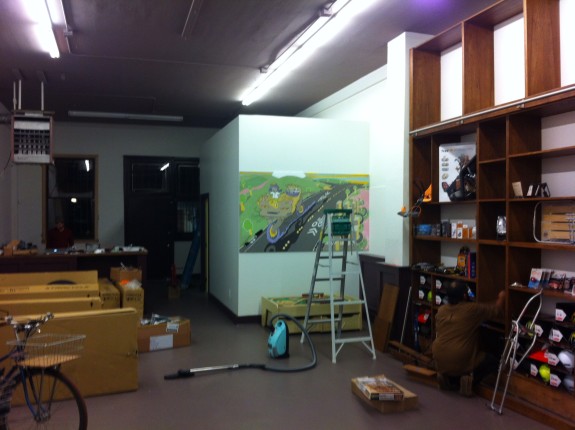 In just three years, the shop has become a part of what makes Greenwood Greenwood. But more than that, the shop changes lives.

G&O made a leap of faith when it opened three years ago. Davey and Tyler both had extensive bike shop experience and young kids, so family biking was going to be a big part of their business. But was there really a market for a full-time family bike shop in Seattle?

“We opened a fringe of a fringe business,” as Davey describes it. And they had no idea if there were enough customers out there to make ends meet.

But since the day they opened their doors, they’ve been slammed. The shop has been one of the biggest engines behind Seattle’s family biking revolution in recent years, a movement that is rewriting all the bike infrastructure and bike advocacy rules. Instead of painting skinny bike lanes and sharrows for confident commuters, the city’s bike efforts are focused on bike infrastructure that parents riding with kids would be feel comfortable using. Or at least that’s the vision.

Dramatically-improved electric assist technology was a key piece allowing family and cargo biking to approach mainstream in hilly Seattle. There have long been pioneering families who have found ways to make biking work, sharing their knowledge with their tight-knit communities. But G&O is reaching beyond, connecting with people who may never have considered family biking before stepping through the shop’s doors.

But as with any new technology like the many competing e-assist designs, it takes a lot of work to learn how to build and service the ever-changing tech. And G&O staff have stumbled ahead, innovating and improving as they go.

“When I say that we have so much more to give, it’s because we do,” said Davey. “We’re less than three years old, and we had just gotten our feet underneath us about how to do this…we had to invent a lot of this stuff.”

That’s also where this devastating setback for the business could lead to a shop that’s better than ever. Davey said it felt like the business and Seattle’s family and cargo biking movement was just about to crest a hill. And on the other side of that hill is the rest of Seattle who never would have thought about ditching a car for a bicycle before.

“If we survive this, we can do it even better,” said Davey. “What we have coming is so exciting.”

Again, you can help G&O get back on its feet by donating online or by sending a check to: