So, how did the city do at building the Bike Master Plan in 2015? 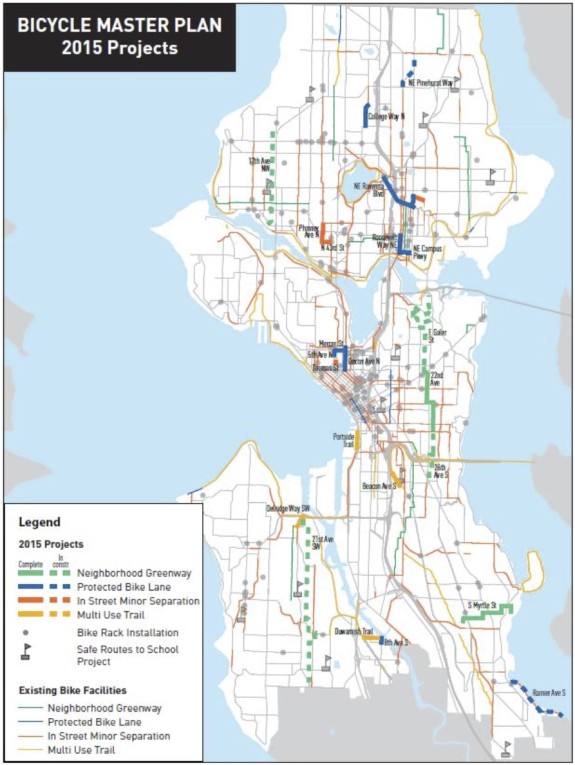 After years and years of planning, 2015 was the year Seattle’s Department of Transportation finally tried to hit a stride delivering bike network additions and upgrades regularly and consistently. In order to keep the Bike Master Plan on track, the city needs to build many miles of protected bike lanes and neighborhood greenways every year.

And they are going to get close to meeting their goals in 2015, especially if you count Westlake and other projects ready to begin construction in early 2016.

And perhaps more importantly, SDOT can keep their roll going in 2016 and beyond thanks to voter approval of the Move Seattle levy. If the levy had failed, progress would have ground nearly to a halt.

Of course, there is still a ton of room for improvement, both in delivering projects on time and in the quality of those projects. Seattle still has not built a single protected intersection on any protected bike lane project, and many of the neighborhood greenways suffer from insufficient busy street crossings and too much cut-through traffic due to a lack of diverters.

Much of the protected bike lane miles included in the 2015 count are on Ravenna Blvd, a project we praised for doing a lot with little budget. But ultimately, Ravenna was already mostly there, making it very low hanging fruit. There aren’t many projects that easy out there.

But the biggest problem with essentially every project is a lack of connectivity to other quality bike routes. And that’s a problem we can only solve by keeping up the work every year to build out the Bike Master Plan and by focusing hard on the biggest and most difficult missing links, like downtown and Rainier Ave.

So, sure, let’s celebrate (and learn from) the work completed in 2015. There are a lot of pieces that have to come together in the background to deliver these projects consistently, and that takes hard work by SDOT staff. But the city’s bike network machine still needs to pick up more momentum in 2016 and beyond if we’re really going to create a citywide network of bike routes that are safe, comfortable and connected for everyone.

We will have more posts coming about the top safe streets priorities for 2016, so stay tuned.

Of course, the Bike Master Plan is about more than a bike route network. Here’s a look at the status of the measurable goals, from the December report (PDF): 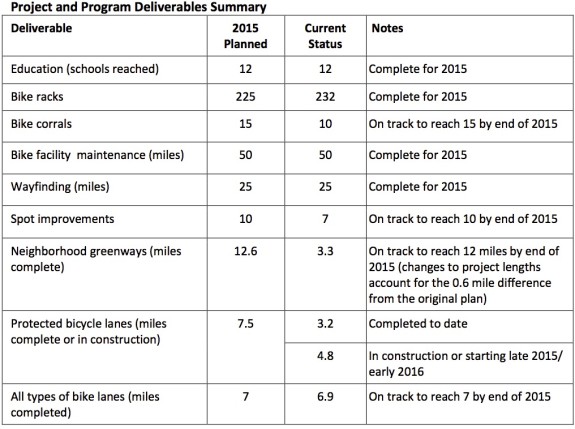 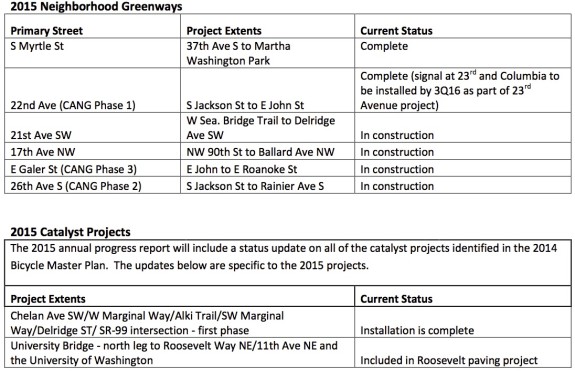 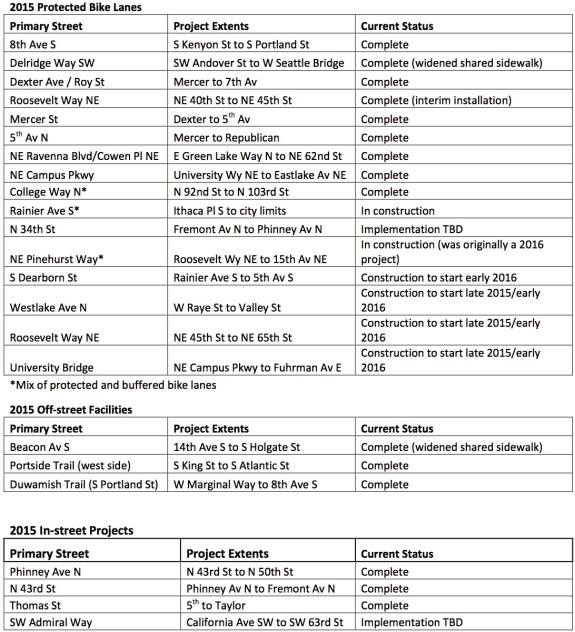 20 Responses to So, how did the city do at building the Bike Master Plan in 2015?