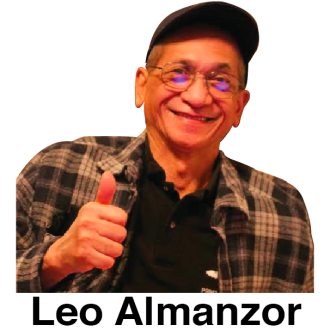 Leo Almanzor worked as a janitor at Washington Athletic Club in downtown Seattle for 17 years. But his walk from the bus to his job took a tragic turn November 22 when someone driving a Honda sedan fled a Seattle Police traffic stop and drove into Leo, killing him. He was 68.

“The family is frustrated at this point, because whoever this person is who took his life, took so much from us,” his niece Cat Kalepo told the Seattle Times.

Seattle Neighborhood Greenways and city leaders including SDOT Director Scott Kubly, City Councilmember Sally Bagshaw and a representative from the Mayor’s Office will walk Saturday to honor Leo and try to figure out how a tragedy like this can be prevented in the future.

A community was devastated by a horrific collision around 9:30 P.M. on November 22, 2014 as Leo Almanzor attempted to cross the intersection of Pike Street and 5th Avenue in downtown Seattle and was fatally struck by a hit-and-run driver.  Mr. Almanzor, 68, had taken the bus from his home in Columbia City and was walking to his job at Washington Athletic Club, where he had worked as a janitor for 17 years.

The Seattle Times reported many witnesses saw a speeding car hit Mr. Almanzor on that fateful Saturday night. Seattle Police are still investigating the crash and have recovered the car but made no arrests.

Seattle Neighborhood Greenways, in cooperation with family and friends of Leo Almanzor, invites the community to participate in a Memorial Walk in his memory.  Mr. Almanzor’s family will join traffic safety advocates at 5th and Pike, along with City Councilmember Sally Bagshaw, Austin Miller from Mayor Ed Murray’s office and Scott Kubly, Director of Seattle Department of Transportation.

Seattle Neighborhood Greenways has committed to organizing Memorials whenever a person is killed walking or biking in Seattle, followed by a community Solutions Meeting with City representatives who have the power to make our streets safer and prevent future deaths.

The Memorial Walk for Leo Almanzor will begin at 2 P.M. on Saturday, January 17, with a gathering at the corner of Pike Street and 5th Avenue.  We will carry signs and hear a few words from people who knew and loved for Leo as well as City officials.

After the Memorial Walk, we will walk or bus to the Impact HUB at 220 2nd Avenue South at the corner of S. Washington and 2nd Avenue South for a Solutions Meeting.  Community members and representatives from the Seattle Department of Transportation will discuss ways to improve traffic safety for people who live and work in downtown Seattle.

“Leo” immigrated to Seattle from the Philippines in 1979. He was very involved with raising his nieces and nephews.  Leo’s family recalled his love for horse races at Emerald Downs and said he often quoted the announcer’s phrase, “There they go”! He loved music and requested the same present every year, “a CD, a new Walkman, and headphones” and thought cassette tapes made the most authentic sound.

Tragedies such as Leo’s horrific death can be prevented.  We support the goals of Seattle’s Road Safety Action Plan to achieve zero fatalities and serious injuries by taking action. These safety measures could include 25 mph or slower speeds on our busy commercial streets, limiting right turns on red in commercial districts, and stricter enforcement of speeding, impaired, and distracted driving.

With more effective public policy, better engineering, stricter enforcement and more responsive education, thousands of deaths and injuries on our busy streets can be prevented.