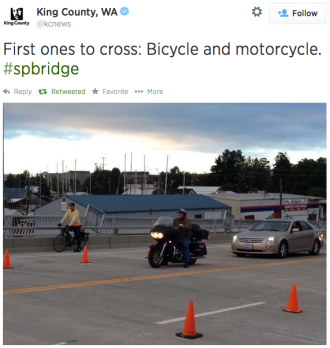 The rebuilt South Park Bridge is now open, improving access to the neighborhood and creating a link in what could someday be a very bikeable place to live, work and play.

For at least the first week, cones will guide motor vehicle traffic into one lane in each direction, providing a rather luxurious buffer area for the bike lanes painted on the bridge deck, West Seattle Blog reports.

If traffic flows well without the extra lanes, perhaps the city could maintain the bridge as two lanes, at least until demand requires them to expand it (if that happens). The buffer area will make it much more comfortable for people waling and biking, and having fewer lanes would reduce collisions and speeding.

The bridge opened with pretty cool fanfare Sunday, including a day of car-free access, fireworks and some luchador wrestling matches. Josh Trujillo was there to capture some great images for the PI.

The bridge is only one fairly big South Park access project this year. The city also plans to create a somewhat skinny trail along S Portland Street to help connect the neighborhood center to the Duwamish Trail. 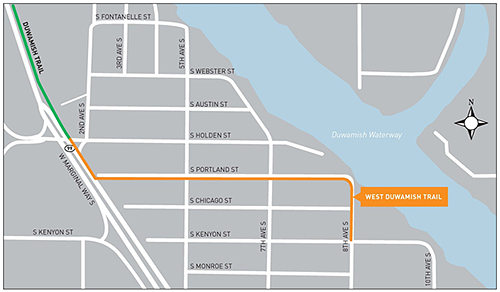 While only ten feet wide, the trail is hardly up to standards for a mixed-use trail (12 is typically the minimum, though there are plenty of well-used trails skinnier than that). The trail will be a welcome way to avoid truck traffic, especially during working hours. Plus, the trail is part of a much-needed paving project to fix S Portland Street, which is a strong contender for the prize of worst-paved street in Seattle: 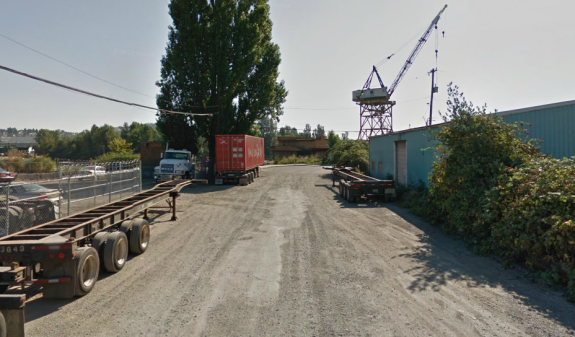 The trail project also provides a great opportunity for the city to prioritize a neighborhood greenway on Dallas Ave, 10th Ave and S Kenyon Street, as is noted in the Bike Master Plan: 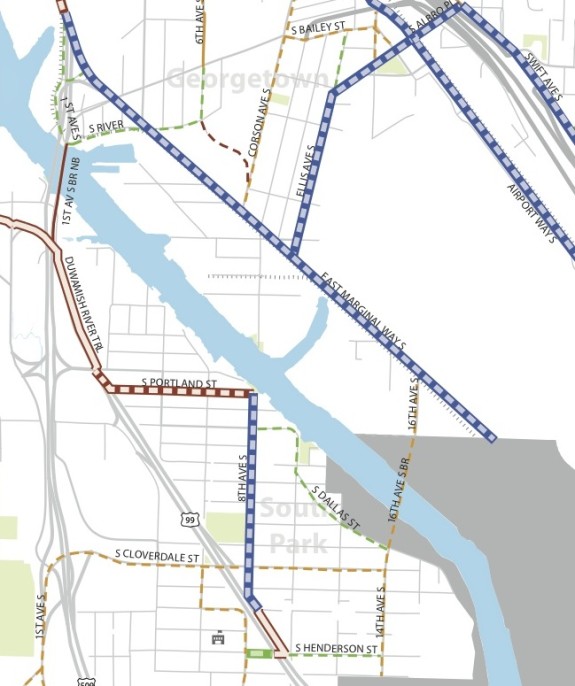 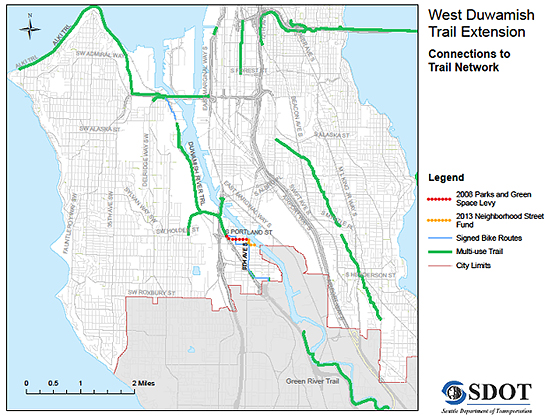 Construction on the S Portland St trail will start this summer and should be complete by December. More details from SDOT:

The West Duwamish Trail will soon be extended through the South Park industrial area, in a project that combines building a trail where there are no sidewalks, a road where there is no asphalt or drainage – where storms leave small lakes. The work, to be done by Gary Merlino Construction Inc. will begin in June and likely finish by December of this year.

The ten foot wide trail will be separated from the newly constructed roadway by a 3.5 foot wide buffer zone. It will cross driveways leading into warehouses, factories and machine shops along South Portland Street, which will be illuminated by newly installed lights between the trail and the private property to the south.