A bike tour of the now-open Beacon Hill Neighborhood Greenway 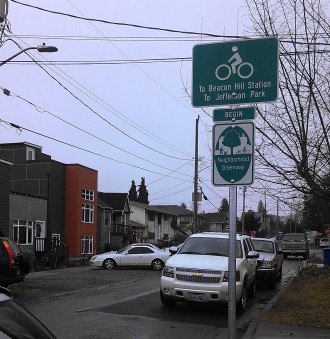 Beacon Hill’s first neighborhood greenway is complete with a 2.8 mile low-traffic route from the I-90 trail and 18th Ave S to S Lucile Street, south of Jefferson Park. (Photos by Ryann Child)

Two years in the making, the Seattle Department of Transportation completed the Beacon Hill Neighborhood Greenway this month and officially opened the route for business and bicycling.

Proposed by the neighborhood group Beacon BIKES (“Better Infrastructure Keeping Everyone Safer”), the new greenway allows people of all ages and abilities to travel through Beacon Hill by bike or on foot to popular destinations, including the Beacon Hill Branch library, the Link Light Rail station and Jefferson Park. On Saturday, under the warm but grey Seattle sky, I had the chance to take the 2.8-mile route for a spin. 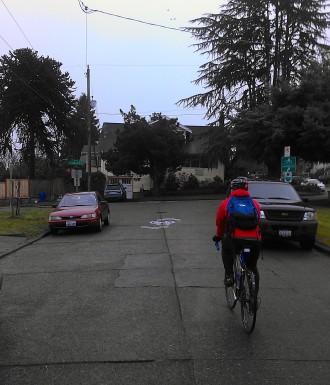 Sharrows lead the way through the neighborhood, and we followed signs at intersection to the Link Light Rail station and on to the park without

The greenway uses low-traffic neighborhood streets (primarily 18th Ave S), speed humps and 20 mph speed limits to create a comfortable route through the heart of Beacon Hill from the I-90 Trial to Georgetown. At intersections, stop signs and crossbikes improve safety and priority for people on bikes traveling through. 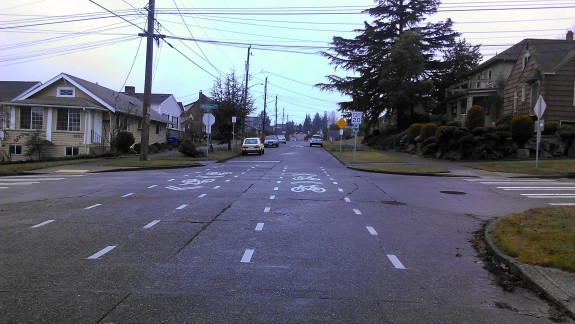 A crossbike, like this one at the intersection of 18th Ave S and S McClellan is a crosswalk-type marking with sharrows indicating bike travel 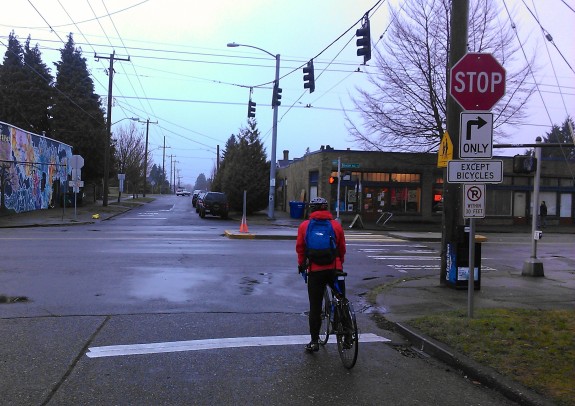 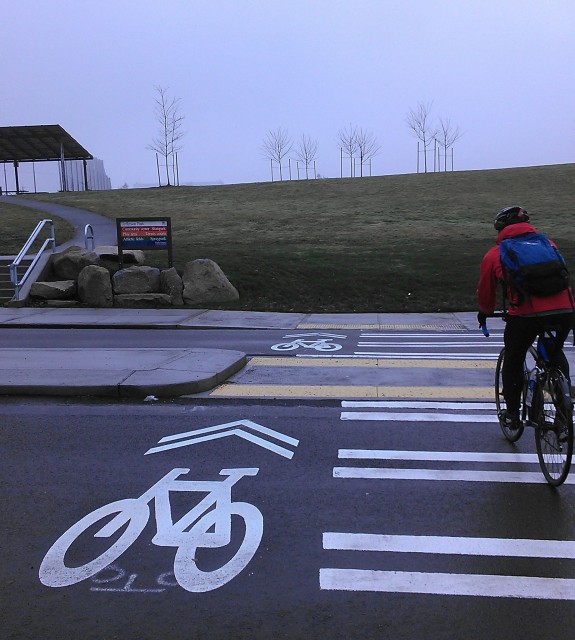 From an SDOT mailer to project neighbors

The verdict? We successfully traveled to Jefferson Park on what seemed like a private bike boulevard. After taking 15th Ave S and Beacon Ave S by bike from Capitol Hill to Ultimate Frisbee games in Jefferson Park all summer, I found this route infinitely more pleasant and surprisingly flat.

Not a Beacon Hill native, the wayfinding signs indicating key neighborhood destinations were my favorite new addition (especially how to get back to the Link station to cheat our way back into downtown on the warm and dry light rail).

The Beacon Hill Greenway continues from the southwest corner of Jefferson Park on 13th and 14th avenues to S Lucile Street. In 2014, SDOT plans to complete a paved path for walking and biking on 16th Ave S. I also hope there are plans to add wayfinding through the park to connect to the rest of the greenway.

As for the rest of Beacon Hill, the Seattle Bicycle Master Plan includes a protected bike lane on 12th Ave S from the Jose Rizal bridge into the neighborhood, and a connecting greenway facility from 13th Ave S to S Hill street to the current route. Beacon Ave S is also slated from some improvements in the plan with a protected lane through Jefferson Park and a proposed off-street facility from for the remainder of the arterial. 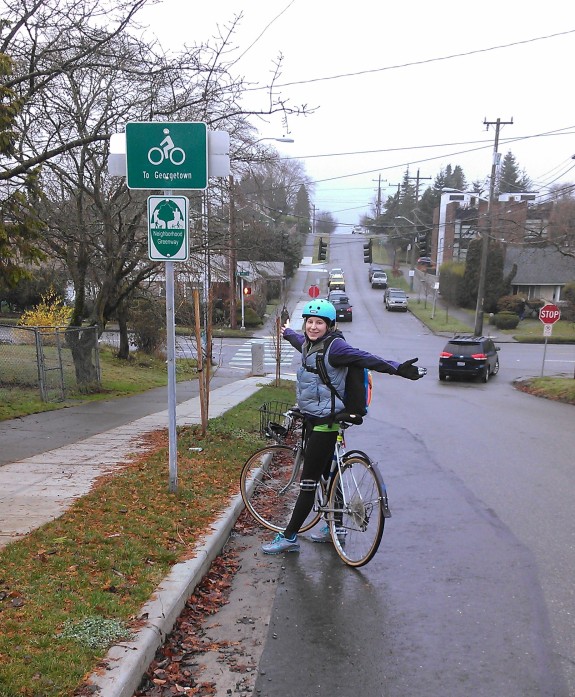 Beyond this point, bicyclists are directed southwest of Jefferson Part to 13th and 14th Avenues. The greenway route officially ends at S Lucile Street

Ryann grew up mountain biking Bend, Oregon. She became an avid bike commuter after moving to Seattle in 2012 for an AmeriCorps position at Cascade Bicycle Club. Currently working in environmental consulting in Seattle, Ryann now only nerds out on bike infrastructure in her spare time. She remains passionate about the connection between community design, sustainability and health. Follow her on Twitter: @RyannChild
View all posts by Ryann Child →
This entry was posted in news and tagged Beacon BIKES, beacon hill, neighborhood greenways, ryann child. Bookmark the permalink.