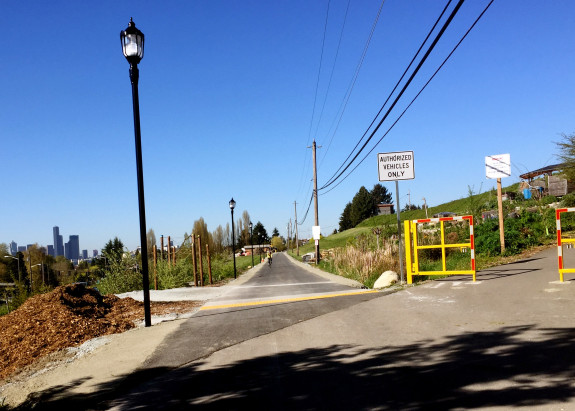 The Beacon Hill Neighborhood Greenway was one of the city’s first attempts at creating a great community-led neighborhood greenway, and it just got a lot better.

This route was already one of my favorite neighborhood greenways in the city, connecting from the I-90 Trail to Georgetown via Beacon Hill Station and Jefferson Park. But as pleasant as the ride through Jefferson Park is, it requires winding park pathways and some fairly steep climbs. If you’re on a joyride, the park is great, but if you’re trying to get somewhere as directly and easily as possible, it’s quite a detour.

With leadership from community members like Beacon Hill Safe Streets and Mercer Middle School, Seattle’s Safe Routes to School program constructed a new, flat trail that bypasses the park’s hills and connects 16th Ave S near the school to Lafayette Ave S north of the park.

A previous park access project built a great new crossing from Lafayette to Jefferson Park, so this new trail builds on that project to make it even easier for people of all ages and abilities to get around the neighborhood on foot and bike. 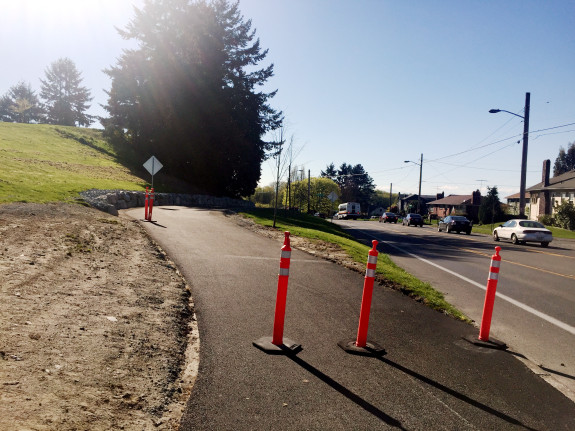 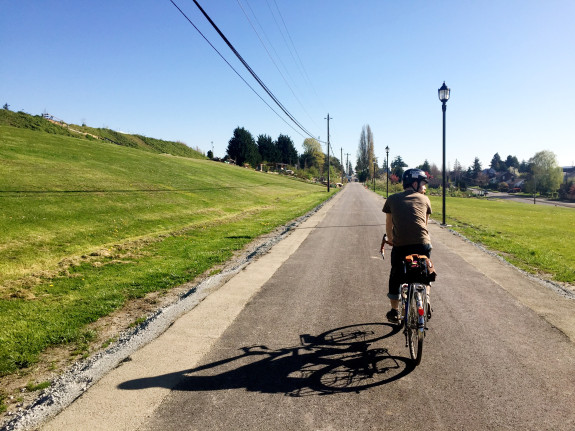 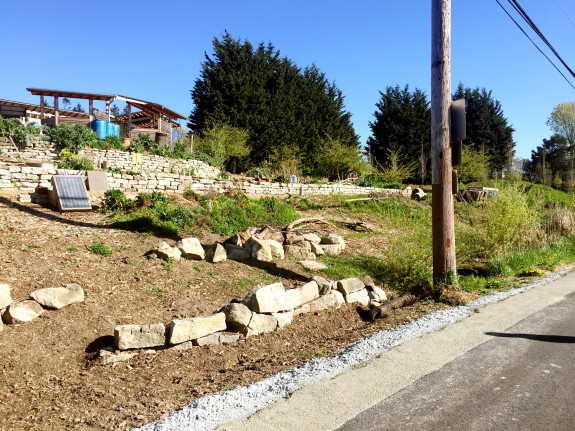 There is still one simple-but-important missing piece from this neighborhood greenway: There’s only one crosswalk (and one push button) for the signal at this crossing of busy 15th Ave S. If you’re on a bike or waling on the north sidewalk, it’s awkward and non-intuitive to figure out how to cross safely. Especially since this is a route near a school and park, it should be easy enough for any kid to figure out. 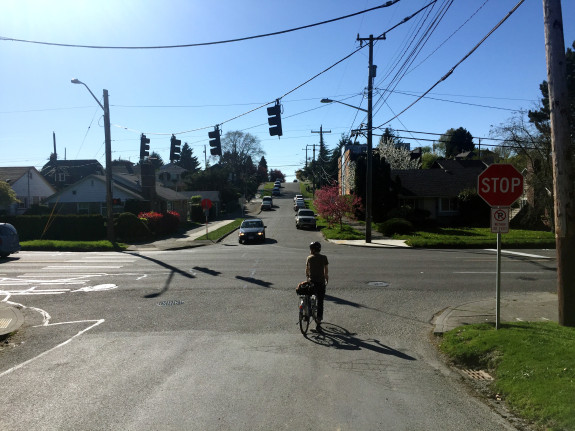 And, of course, once you finally make it to Georgetown, you’re on your own. That neighborhood needs some serious biking and walking safety upgrades. But that’s a post for another day.

Has this new trail connection become a part of your daily commute? Any other changes you’d like to see on this neighborhood greenway route?