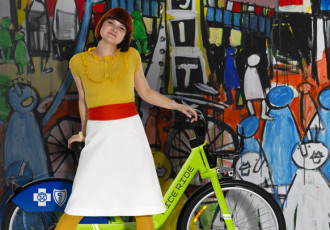 Bike share boosters across the nation are biting their nails this week as Nice Ride, the Minneapolis public bikes organization, is pursuing legal action against Montreal-based PBSC.

The problem is complicated, but the short version is that PBSC supplies the hardware and (in some places) software used by most major public bike systems in the US and Canada. Alta Bicycle Share — the contractor for Puget Sound Bike Share and also the company behind systems in DC, New York, Chicago, Boston and more — depends on PBSC, which has struggled in recent years.

The troubled company that provides the equipment for bike-share systems in many cities in the United States, Canada, and beyond has a new problem this week: an unhappy customer in Minnesota. In a move first reported in the Montréal Gazette, Nice Ride Minnesota, which runs the bike-share system in Minneapolis–St. Paul, has filed a “notice of a material breach” of its contract with PBSC, the Montréal-based company that supplies hardware for the Nice Ride program.

It’s just the latest cloud in an already obscure financial picture for the Montréal-based PBSC (also known as Bixi), which supplies bikes and stations for similar programs in New York, Washington, D.C., Melbourne, Australia, London, and many other major cities. As we wrote earlier this month, PBSC has had a long history of money and management woes, and has required bailout loans from the city of Montréal, which created and operates the company. According to the most recent numbers, it is $42 million in debt, with a $6.5 million deficit and $5 million in outstanding payments.

So what does this mean for Puget Sound Bike Share?

“We’ve been following it really closely,” said Director Holly Houser. She said she is hopeful the situation will be resolved soon.

If Puget Sound Bike Share is going to launch in the spring or early summer, orders need to be made in the next couple weeks.

Search for sponsors has ‘momentum’ 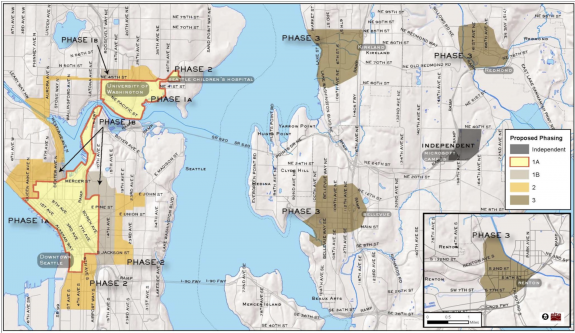 Last we checked, Puget Sound Bike Share was pushing hard to find sponsors for the system so that they could launch in full in the spring instead of scaling back to include only grant-supported areas like the University District and South Lake Union. The full first phase would also include downtown and parts of Capitol Hill and First Hill.

The system’s budget depends on a combination of grants, user fees and private sponsorships to launch, run and grow. They have successfully secured grants and ridership projections are strong, but private sponsorships have been lagging. Seattle Children’s pitched in to help bear the added costs of the helmet vending solution (bike helmets are required by law in Seattle and King County), but more companies or organizations are needed.

Sponsorships could either be one company purchasing branding rights for the entire system (think “Citibike” in New York) or multiple companies buying display advertising on the sides and front of the bikes.

“We have some new momentum,” said Houser of the search for sponsors, though she is not ready to make any announcements. “I’m feeling very optimistic.”

If your company wants to take advantage of the marketing deal of a lifetime, then get in touch with Holly Houser ASAP.